Three years after the death of one of Kenya's most boisterous politicians, his estate remains untouched, yet to be divided amongst his next of kin as a series of claims and counter claims by family members plays out in the corridors of the Kenyan justice system.

The family of the late Homabay Senator Otieno Kajwang' is still fighting over his vast estate, valued at hundreds of millions of shillings, with the latest claim emerging from one of his brothers who now claims the departed senator owed him Sh15 million before he met his death.

In an affidavit filed at the court's registry on March 15, Joseph Okoto Ajwang, once a close confidant of the late senator, claims that although he did many transactions with his brother, he found it necessary to bring it to the court's attention the small matter of a Sh15 million debt owed to him.

Okoto now wants the High Court to issue an order validating the alleged debt, and that the money should be recovered from the estate. But that is not all, Okoto not only wants the debt paid in full, but with an accrued interest calculated from the date the debt came into existence to date.

The brother, though three years too late, now joins the list of claimants to Kajwang's estate, which includes Dr Rose Bujehela Otieno and Faith Vivian Otieno, both claiming to be the late senator's legal wives.

In an all or nothing move, Okoto, in an affidavit seen by the Saturday Standard, wants the court to issue an order that a house in United Estate in Nairobi's South C area be transferred to him in the event the estate cannot meet the Sh15 million he is demanding.

The debt, Okoto says, accrued from various transactional fees he advanced his late brother. These included the payment of legal fees owed to a law firm, defrayment of a bank loan, a property in Nairobi's Lang'ata, repayment of a salary advance loan to Parliament, money owed to Homabay County senate office and the purchase of a property in Kisumu's Dago area.

The brother also wants a list of assets recorded in court documents by the two women battling for control for the late Kajwang's estate be varied to exclude a 0.53 hectare piece of land in Migori as well as a house in the posh Lavington estate claiming that both properties are under his name.

With these fresh claims, Okoto has walked right into an ongoing battle between two women claiming association by marriage to the departed senator and thus, both gunning for a piece of the pie Kajwang' baked while alive.

In an affidavit filed at the court's registry on April 15, 2015, Rose attached a list of her late husband's wealth showing that the famed senator had invested in real estate and had shares in several savings and cooperative societies.

At the time of his death, Rose says that the senator, much loved for his ability to work crowds through song and dance, owned a Range Rover, Toyota Prado, Toyota Rav4 and a Land Rover. The towering senator also had six bank accounts and shares in Bunge Sacco, PACCOSSO and Umoiner, the transport sacco.

On immovable property, the senator -- famous for his Bado Mapambano protest song -- had a beach plot in Nyamanga within Mbita area and a 24-acre tree farm in Lambwe Valley.
He had several houses erected on a piece of land next to Mbita Central SDA Church, half an acre behind Mbita High School and had a home in Waondo village within Homabay County.

Kajwang', fondly referred to as Nyakwar Nyakwamba by his close friends, died on November 18 2014 at Nairobi's Mater Hospital due to a cardiac arrest. Soon after his death, Dr Rose who claims to be the legal wife and her two children -- David Brian Ajwang' and Dorcas Akumu -- filed a petition seeking letters of administration to assist them manage the estate.

Nyakwar Nyakwamba, who inherited a fly-whisk from the late Jaramogi Oginga Odinga's family long before the political bug bit him, had also invested in the lakeside town of Kisumu with a piece of land in Dago and five acres along the Kisian/Bondo road, whose sale transaction was incomplete at the time of his death.

Rose also says that Kajwang' had his matrimonial home in Runda, a residential property on two acres of land in Lavington, a house under mortgage in South C, a piece of land in Pipeline, an acre in Ngong town and a house in Langata National Housing Corporation's Phase 4 estate.
Rose listed pension and insurance as terminal benefits and indicated on liabilities Cooperative and Equity bank loans including a payment balance for the Toyota Rav4.

Rose, who went to study in Britain, says she was married in church and her late husband could not have contracted another marriage as alleged by her father in-law who is in support of Faith.

"I have refused to recognise Faith as a widow or wife of my late husband and I continue to do so," she stated in one of her affidavits.

Rose says she has no intention of disinheriting any of the deceased's children or any valid beneficiaries of her late husband.

"I have no personal issues against my brother or father in-law. They are not beneficiaries or dependents in these proceedings and in law," she says in the affidavit.

She also claims that Faith had children with her late husband and was not married; adding that she even sued him for the custody of the two children.

Faith, who cohabited with Kajwang' from 1994 to 2000 when her bride price was allegedly paid as per the Luo customary law, filed an application opposing Rose's petition.

"The denial by Rose that I was married to the deceased is only self-serving and meant to disinherit me," says Faith in her affidavit.

She is opposed to the petition on grounds that some beneficiaries have been locked out and the inventory filed by Rose does not show all the properties owned by the late politician.
Faith who put a caveat on the estate on February 4, 2015 says the politician was polygamous with two wives.

The case is to be mentioned before High Court judge Lydiah Achode on February 6, 2018, as the late senator's kin duel in a mapambano of their own. 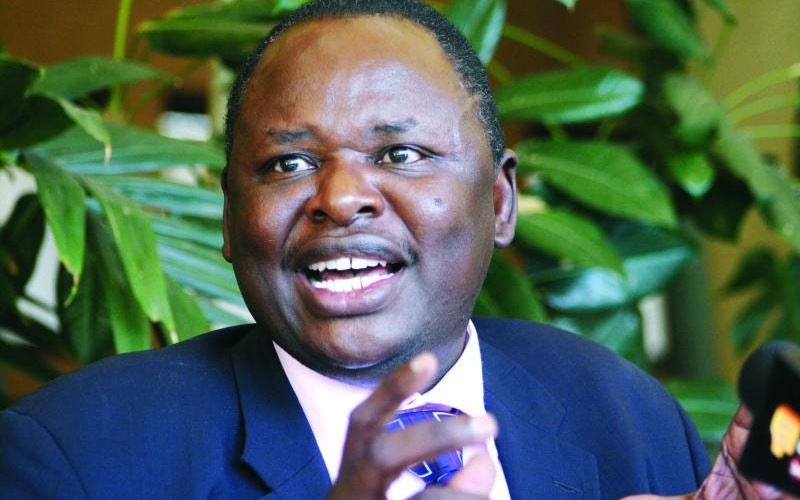 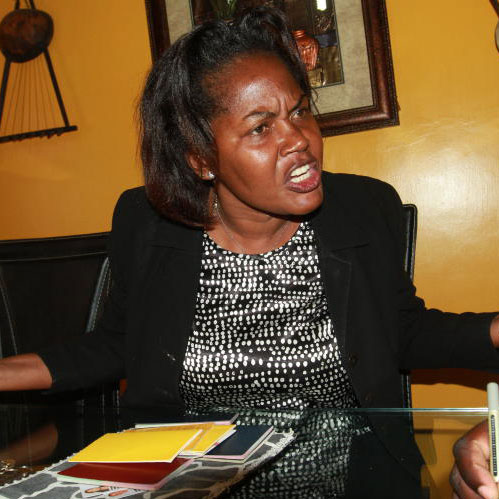 The truth about Faith Vivian Otieno in the late Kajwang's life

By David Odongo | 6 years ago