Hubless space-age bike: 10 million and you get a taste of the next generation super bike

This tron Lightcycle made by  U.S. bike store Parker Brothers Choppers is owned by Barry Ndangeye. Is priced at between Ksh 5.5 million and 10n million. 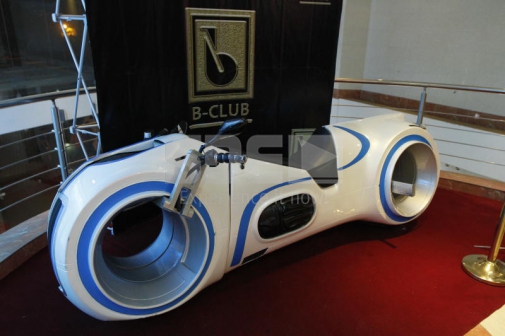 The bike was designed in the 1982 for the movie Tron legacy 'It has a TL1000R motor that powers the chain driven friction drive system. The company recorded the bike building process on camera and released it on YouTube where it quickly went viral. 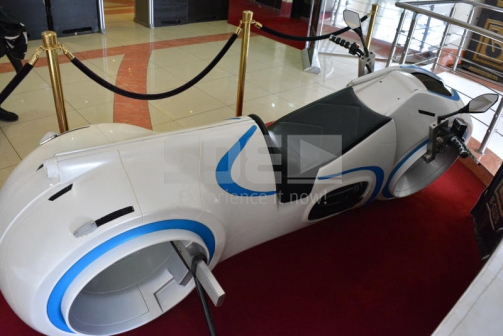 Riders lay at a near-horizontal position astride the padded leather seat, with feet on foot pegs that control its 6-speed constant mesh manual transmission and hands on the handlebars for throttle and braking.