By Edwin Herenga | 4 years ago

His name has remained a headline maker in Kenya since lady luck smiled at him.

Samuel Abisai won Sh221 SportPesa Mega Jackpot in May this year by correctly predicting the outcome of 17 games — making him the first Kenyan to win such an amount in betting.

The 28-year-old Abisai who grew up in poverty in Sichlayi, Lurambi, in Kakamega County has since set up a fashion house in Netherlands. 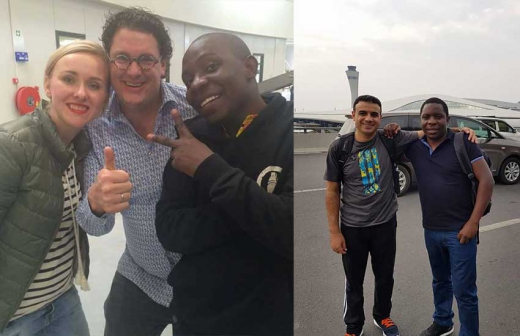 That was after he took a low profile — to let the blessing and the millions to sink in.

“Mpaka sasa sijaload kwamba hii doo ni yangu. Itachukua muda (Up to now the reality hasn’t sunk in that this money belongs to me, it will take time),” he had said.

“I will go for my maiden vacation and plan on how to spend the money before I start something big,” the University of Nairobi graduate who studied Chinese language had said. 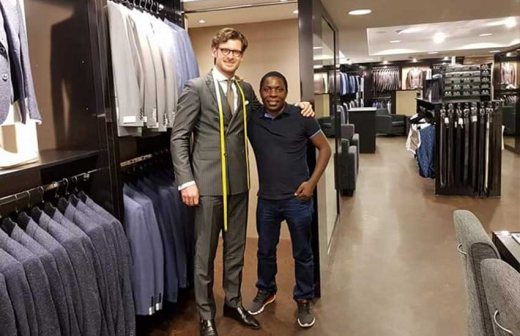 While a few Kenyans felt his decision to move to Europe was ill-advised, Abisai seems to be doing just fine — going by his updates on Facebook. In fact, he is no longer the tiny man, as he has added some muscle.

The man from Kakamega has disappointed doubters from home after setting up a fashion house in Netherlands — and giving talks to university students abroad.

On top of the new venture, the man from Kakamega is said to be dating a beautiful white girlfriend.

The two who met during Abisai’s trip are said to be an item — which is evident in his FB profile picture. Abisai has however remained tight lipped — choosing to give the media a blackout. 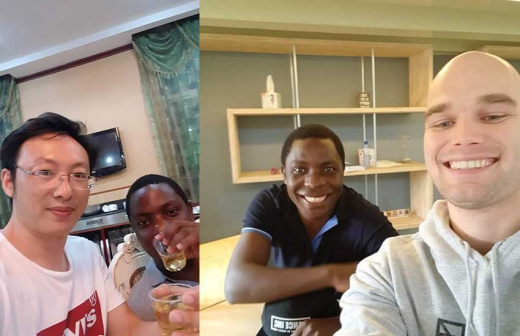 However, sources indicate that his fashion house is doing well — with his girlfriend operating the online platform.

Our attempts to reach Abisai who has been shuttling between Netherlands, Tanzania and Uganda, to comment on his venture and life abroad, bore no fruit.