What is true and what is fake? That is the dilemma many Kenyans are facing.

As Kenya prepared for a repeat election, the interwebs were full of fake news. The fake masters have perfected the game by generating fake tweets using Twitter handles of media houses.

The photo was of Ali voting on August 8. A closer look at the two photos shows an attempt by someone to deliberately distort the facts.

A distressed Ali while speaking to SDE revealed that the alleged photo of him voting was a lie and was malicious.

Other media houses have also been affected. On Monday, a story about Deputy Chief Judge Phelomena Mwilu being under house arrest went viral. The article was on a website that had a fake URL. 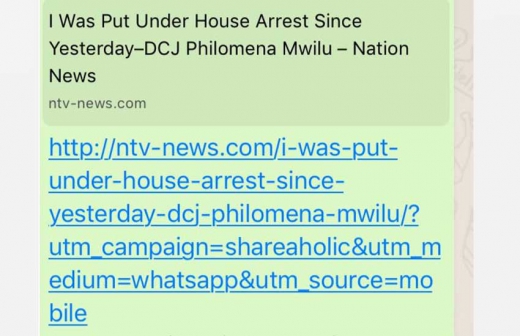 Most recent is a fake news story about the International Criminal Court (ICC) where France 24 fell victim after a publication surfaced online alleging that prosecutor Fatou Bensouda had warned President Uhuru Kenyatta over chaos in Kenya.

How fake news is spread:

What normally happens is one person who wants to share false information posts on a group and adds a disclaimer, "as received, please confirm". The person does not bother to explain and he/she leaves it to members of the group to interpret the message.

What tends to happen is the false message is forwarded to other groups and people and before long, it goes viral.

Sadly, people only read a headline and do not interrogate the information. It gets worse if the fake news is shared by a public figure or a journalist - it is assumed to be true.

Other examples of fake news;