By Mona Ombogo
3 years ago

Few people have encountered live bullets, seen the real face of war, tracked drug dealers, had threats made against their life, and still managed to be a spouse and parent.

John-Allan Namu, 34, falls among these few. His is a household name built on the provoking and insightful stories he brought to the media scene.

John-Allan is best known for his partnership with Mohammed Ali on Jicho Pevu and Inside Story, a series on KTN that went behind the scenes to uncover stories of corruption and impunity in Kenya.

But he never set out to be famous; what he set out to do was find a story few others would have the courage to tell, and then tell that story on the foundation of truth and process.

It is this drive that led John-Allan and three other partners – Kassim Mohammed, Mohammed Ali and Wanjala Were – to start their own media company, Africa Uncensored, in 2015.

Now sitting on the other side of the questions, John-Allan speaks to Hustle about what his dive into entrepreneurship has been like.

Most of us caught up with you as your career began to peak, but where did it all start?

I had a friend who was once featured in the papers and accused of corruption. The story was quite detailed, so anyone reading it who didn’t have the actual facts would have believed what was said about him.

I found it so wrong that this piece almost ruined his life and no one had bothered to get his side of the story.

I wanted to learn how to do this. So I did a degree in journalism at the United States International University.

So you discovered your passion early.

Actually, no. I studied journalism, but that was about it. To be honest, I was struggling to find my voice, to find exactly where I wanted to fit. Then I applied for an internship at KTN and I got in. After my internship, they kept me on. Of course I was the KYM (the run-around guy); I did the jobs no one else wanted to do.

What kind of stories did you start out covering?

Small stories. I would be sent out on random missions like covering a shortage of some product, or some launch somewhere, those sorts of things.

Once in a while, I got to tag along on the big stories. And all these legendary journalists would be looking at me, silently wondering who this stray puppy was. But some of them indulged me. I watched them, I listened and I learned.

How does a young reporter climb up the ranks?

You have to be innovative, that’s for sure. For me, I always tried to find the gap. I remember noticing that no big names covered the 11pm news, so I started staying behind after most people had gone home. I’d watch the news and see how to tailor my stories to suit it. Soon, my features started running on the 11pm news. My name got out.

What was your big dream?

I suppose being an anchor and a featured reporter were right up there. But when I actually got the chance to do that, I started realising it didn’t give me as much fulfilment as I thought it would. The first time I anchored, I made a huge mess of it.

I froze completely on screen. I couldn’t follow the auto-que. I fumbled through every single line. I mixed stories up. It was a disaster. When I walked off the platform, the crew members were looking at me the way someone might look at a train wreck. Then someone patted me and said: ‘Don’t worry, you said your name very well’.

My confidence took a hit, but I bounced back.

What was the big break?

‘The Rogue Tracker’. It was a feature on car-tracking systems. The story was actually broken by my colleague Mohammed Ali. He was asked who he wanted to work with and he picked me. Investigating that story, telling it despite the boats we were rocking really changed my life.

But truth comes at a cost.

Yes. For instance, we had to go into hiding after that story came out because of the threats that had been made on our lives. This was a first for me. But I was young so it was in equal parts frightening and exhilarating. And, of course, there was a sense of pride that something I was involved in really mattered.

What’s been your most transformational story?

It’s always hard to pinpoint these things, but one of the stories that had the most impact on my life would be the Félicien Kabuga story.

I’m not sure I’ve ever spoken about this on the record before.

Félicien Kabuga was a suspected genocide supporter. He was accused of financing, inciting and supplying weapons during the 1994 Rwandan genocide. He had never been found but the suspicion was that he was hiding in Kenya.

I was trying to determine his location. After months of investigation, we thought we had proof through a photo that placed him in Kenya.

All factors and due diligence pointed to the man in the picture being Kabuga. So we run with the story that he was in Kenya and that his identity and location were being kept secret by high-ranking individuals in the country. Unfortunately, as soon as the story run, a gentleman showed up and said it was him in the picture, not Kabuga.

What was the backlash?

I remember my world just stopping. First, to think that I could have ruined this innocent man’s life, and second because my entire credibility, not just for this story, but for every other story I had told, was now in jeopardy. I have never doubted myself more than I did in that moment. The truth is, I contemplated quitting.

What made you stay?

My support system, especially my wife. Despite the fact that we had to go into hiding for three months, instead of castigating me for following this dangerous story and apparently getting it wrong, she stood by me. She talked me out of one of the darkest periods in my life.

How did your media colleagues respond?

After all this, after building a legacy, you walked out on mainstream media?

I wouldn’t say I walked out. I just realised that in order to really delve into the stories I wanted to tell, I needed the free space to do it.

The media world and media companies in Kenya have come a very long way, it’s commendable. But there are still restrictions and power plays that are beyond the media houses. I realised there was only so far I could grow within these constraints, so a couple of colleagues and I decided to branch out. We formed our own media company, Africa Uncensored.

We focus on telling the story from the point of view of those most affected. In many cases, these are the poor and the marginalised. Any story we do, we go to great lengths to ensure these voices are heard.

What are some of the stories Africa Uncensored has told?

The more notable ones for me would be ‘End of The River’, which followed the story of the recent drought, and how drought informs conflict. The other would be ‘Kanjo Kingdom’, a story on how City Council employees extort vendors. We won a Journalist of the Year award for that one.

You’ve accomplished plenty in your life so far. What’s next?

I want to see us acknowledged, not because we are Africans trying to tell a story, but because we are good at the stories we tell, because we can compete with the best. My all-time dream is to win a Pulitzer Prize. I want to stand up there and say it can be done.

What project would you want to win you that Pulitzer?

My legacy project? The worth of Africa. As a continent, we haven’t even begun to realise how worthy we are, how rich our true history is. And I mean our true history as it was meant to be told, as our parents would have passed it on to us had those cultures not faded. I want to tell that story. I want to shine the light on an Africa we can and should be proud of. When a people know where they are from, they can better map out where they need to go. 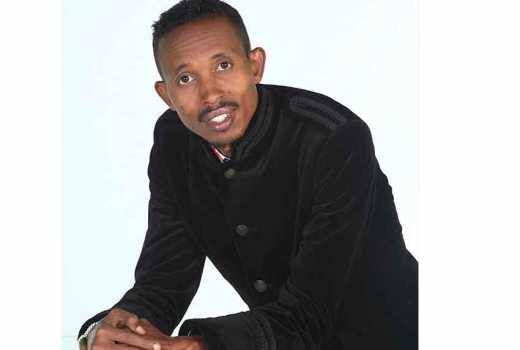 If you are single and wearing red, that is witchcraft – Mohammed Ali
2 years ago 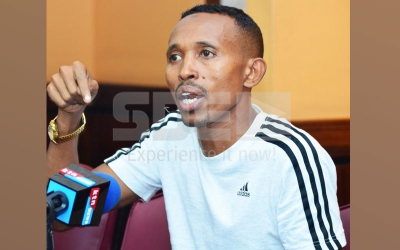 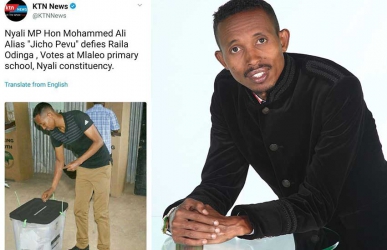 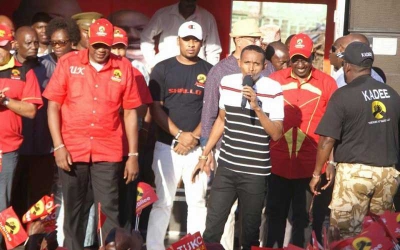