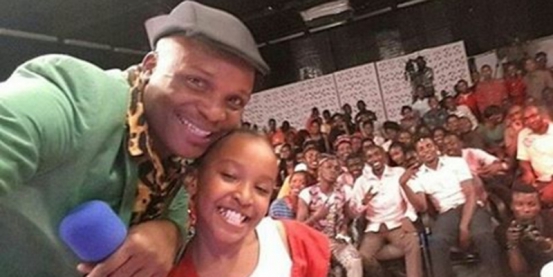 Wendy Waeni brought this up through her social media pages where she threatened to expose her chats with Jalango as proof that the comedian ran away with her money. According to Waeni's Instagram wall, she was to be paid after appearing on Jalang'o's show a few years back.

Jalango allegedly promised to send her the money upon reaching town but never honoured his word.

On his part, Jalango rubbished Wendy Mueni’s statements. The tiff between the two started after Jalas commented on Wendy’s opinion on Eddy Kenzo being the KTB ambassador.

Jalango went ahead to exclaim that Sh4,500 was not an amount he could have ran away with. 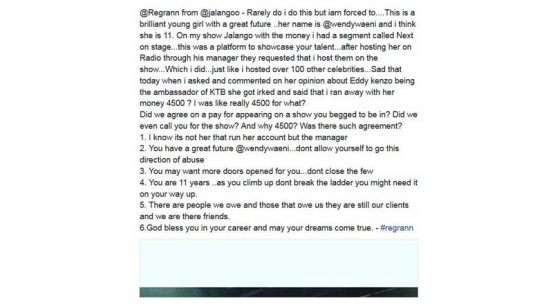 Jalango's producer Millicent Chebet added her voice saying that she was the show's producer and jalas was the talent. She noted that as a producer they never pay anyone to appear on a show interview or even pay for transport.

Wendy Waeni is a young perfomer who has performed in large events and for several prominent people among them President Uhuru Kenyatta whom she terms as her biggest fan. 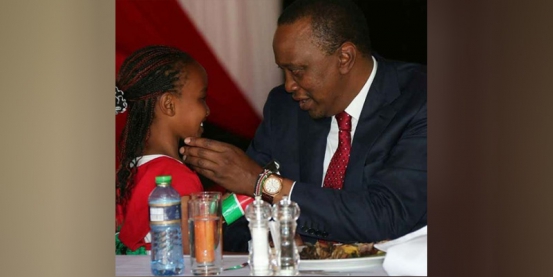