Kadenge na mpira: Football legend Joe Kadenge gets his wish after Uhuru and Margaret Kenyatta pay him a visit over the weekend 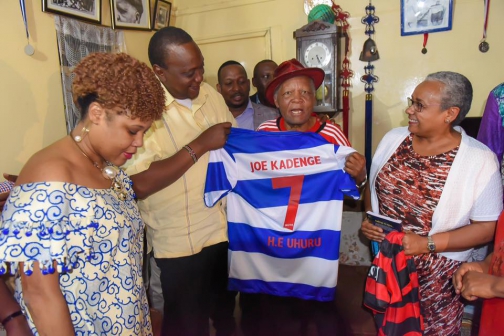 Joe Kadenge got his wish come true after Uhuru Kenyatta paid him a visit at his South B home on Sunday.

Kadenge famously known by his fans as ‘kadenge na mpira’ asked to meet President Uhuru Kenyatta and was praying that the head of state meets him before he meets his maker. 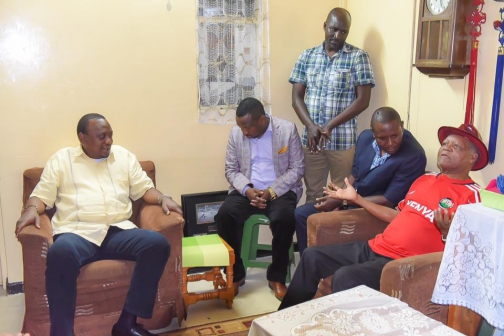 He has been ailing and had collapsed in December at a family function.

The President was accompanied by his wife Margaret Kenyatta visited the star and gifted him with Ksh2 million, an NHIF medical cover and other goodies. 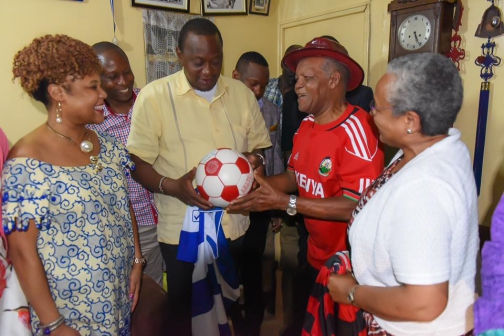 Kadenge on the other hand gifted the first couple with two personalised Kadenge jerseys complete with his famous number 7.