Several  blogs have found themselves taking back their words after reporting that comedian Njugush formerly of ‘Real Househelps of Kawangware’ is getting married next month on the 16th.

Falling hook, line and sinker for the poster that he put up on his social media but turns out he will be performing in his first ever standup comedy show to be held at Evergreen gardens.

The confusion may have come up after he held an itara recently as they celebrated four years of courtship with his fiancé Celestine Ndinda. But considering his funny character and ease at which he throws people off with his humor, this might just be one of those curve balls that has to play out to reveal the truth. 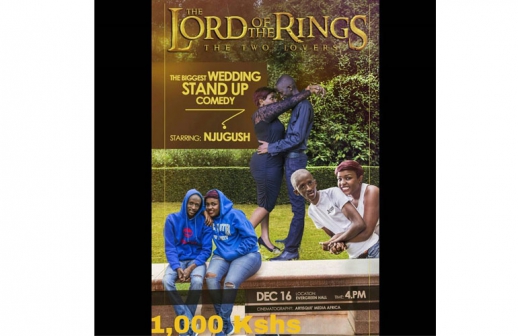 ‘’Introducing my first standup comedy show. A story of 1 man who married 3 women directed by @abelmutua. Don't miss.Leo mabloggers na kimbelembele yao wamecheswo .......
Number 5 will shock you.’’ He posted targeting bloggers who claimed he was getting married next month.