It was a book launch at the Prayers Beyond Borders (PBB) church by Evangelist Lucy wa Ngunjiri, but the closeness between Moses Kuria and Millicent Omanga also seemed to go beyond borders.

Gatundu MP Moses Kuria, who was seated next to Millicent Omanga, a Director at KenGen, could be seen holding her hand while staring at her fingers as the two laughed.

At one point Moses Kuria could be seen whispering into the Women Rep aspirant’s ear with the two bursting into laughter.

“Moses Kuria is a good friend of mine, we always share jokes together” said Millicent who is also an MD at Milways Enterprise.

“Since I’m currently rated the highest in the women rep. contest in Nairobi, Kuria was making jokes on how I’m going to beat the other contestants come the next nominations and general election” said Millicent who is also a Youth leader at Rimpa SDA church, when pressed to share the joke.

The aspirant who holds a Bachelors Degree in Commerce, told the congregation that not only is she a 30 year-old who holds a senior position at KenGen, but also is intelligent and well behaved to take over the Nairobi Women rep seat.

The function which was attended by among others Governor Kidero, Rachel Shebesh, Keneth Marende, Philiph Kisia, Maina kamanda, Beth Mugo, Denis Waweru among others 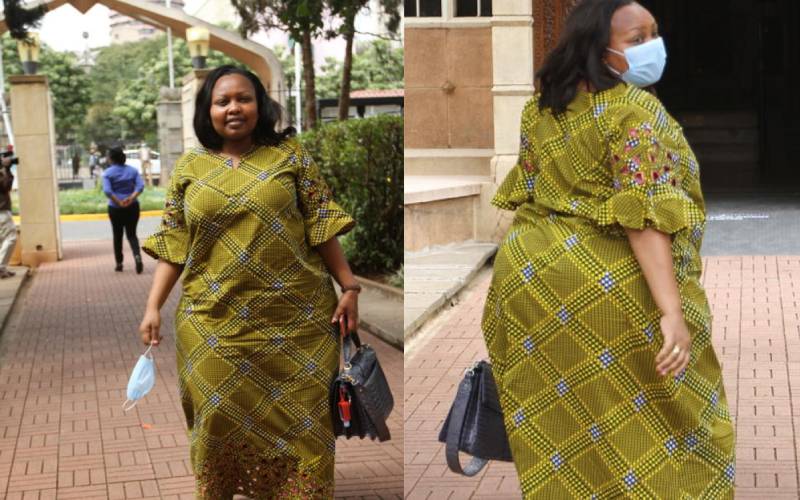 There is nothing to tone down, Millicent Omanga on her dance moves