#IStandWithDJCreme: Kenya's most popular deejay gets support from Kenyans after his sex tape leaked on social media 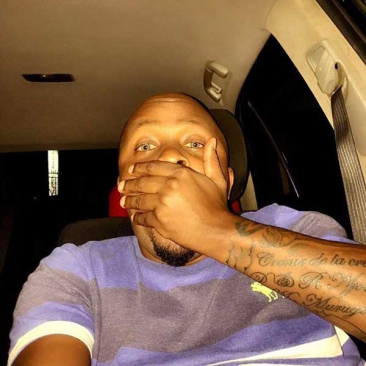 Twitter has been set alight on Monday morning as a sex tape featuring Kenya’s most sought after deejay surfaced.

DJ Crème de la Crème has been on the receiving end from KOT after a sex tape he recorded started making rounds on social media.

While the time of recording is not clear, though he does not sport the numerous tattoos he is currently wearing, the woman in the tape is definitely not the deejay’s wife with whom he has 2 kids.

No word yet from Crème’s camp

While it has been mostly vitriol and mocking from Kenyans on Twitter, the disc jockey has received support from a section of Kenyans who insist that the celebrity should not be brought down by such a thing after all the hard work he has put into his brand.

Though the hashtag #IStandWithDJCreme, a number of his fans and friends dared those without sin to cast the first stone.

@wanyigha: Fellow kenyans , #KOT ,we all have enemies in our closets can we give D J creme a break.#IStandWithDJCreme

@Lean_Mwangi: #IStandWithDJCreme We all have ghosts in our closets.. Dj Creme has worked hard for all this to go down

‏@Mits254: Let he who has no sex tape cast the first stone. #IStandWithDjCreme

@Wangary_Paulynn: #IStandWithDJCreme he is an amazing DJ he absolutely shouldn't go down like this

@Lean_Mwangi: #IStandWithDJCreme some people will cheer while you falling while others will offer rare support!!

As for the rest of the Kenyans, well….

@DaviesNdolo: First there was Mollis, then there was Bro. Ocholla, and now it's Dj Creme's turn.

@kigosamm: So Dj Creme, this what you mean when u say 'am ur girl's favorite DJ!!

@Lizutd: DJ Creme can Spank Rooney back to form