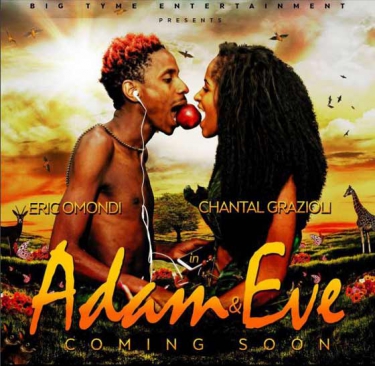 The love bug has not spared Eric Omondi as he shows his romantic side on social media to Italian girlfriend Chantel.

From welcoming her from the airport with the FBI dance crew to serenading her with Sauti Sol’s ‘Isabella’, it looks like the comedian will be featuring his girl in his work.

Although it is not clear whether it is a comedy act or a film, Eric and Chantel posed in a poster mimicking Adam and Eve at the Garden of Eden. It’s accompanied by a caption that reads, “Eric Omondi and Chantal Grazioli in Adam and Eve coming soon. Big Tyme Entertainment.”

The teaser has left people in suspense. Guess we will just have to wait and see what they have up their sleeves.

By Solomon Koko and Alfayo Onyango | 2 months ago