By Wesley Kipng'enoh | 6 years ago

Comedian Sleepy David has come out to deny that he proposed to actress Jacky Vike aka Awinja. On a post on his Instagram the comedian has said that in fact the ‘proposal’ was just an act with the Papa Shirandula’s actress.

Awinja and  Sleepy were performing at the Luo Festival that happened at carnivore grounds over the weekend. As part of the performance Sleepy ‘proposed’ to Awinja.

“What happened at the #LuoFestival was just but a duo act. If you watch the video it's a clear evidence that pun was intended.” The comedian says in the post.

Sleepy David’s statement comes a day after a local website published a story claiming that he had indeed proposed to her.

He apologized for the photos that he says had clearly been misinterpreted,.

sleepydavidGood morning everyone. This is important. I have been receiving congratulatory messages over the weekend that I had allegedly "proposed" to @jackyvike whom most of you know her as #Awinja from one of my favourite TV show that airs on #CitizenTV #PapaShirandula

I would like everyone to know that #Awinja is just but a good friend, having joined the entertainment industry before me.She advices me to length on the does and don'ts

What happened at the #LuoFestival was just but a duo act if you watch the video it's a clear evidence that pun was intended.

those photos were taken at the VIP lounge which was fully packed while we were preparing to get on stage.

On behalf of the entire Sleepy fraternity we are deeply sorry for the whole misconception. 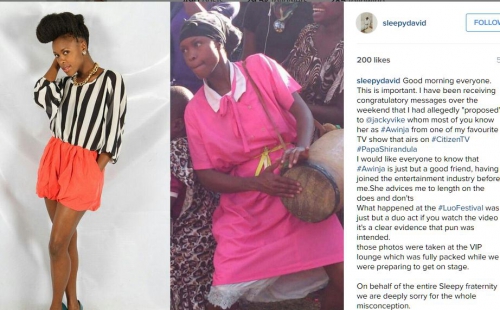 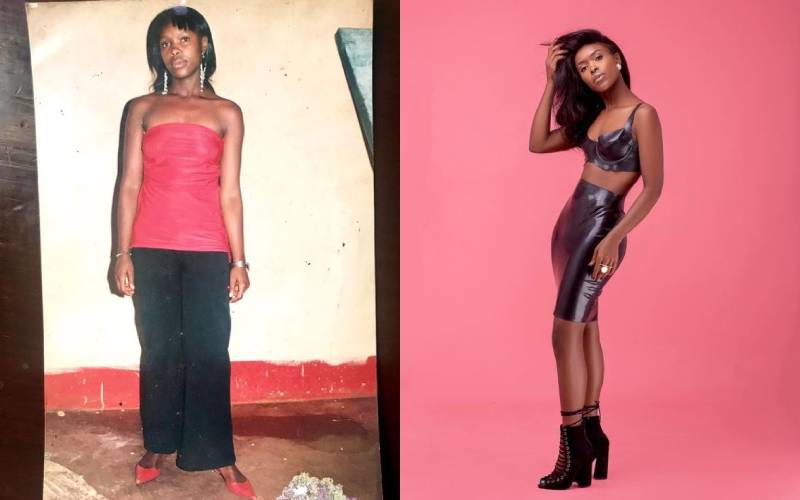 Awinja opens up on tough upbringing, struggle with low self-esteem