Harold’s flock turns on him

By Peter Theuri | 3 weeks ago 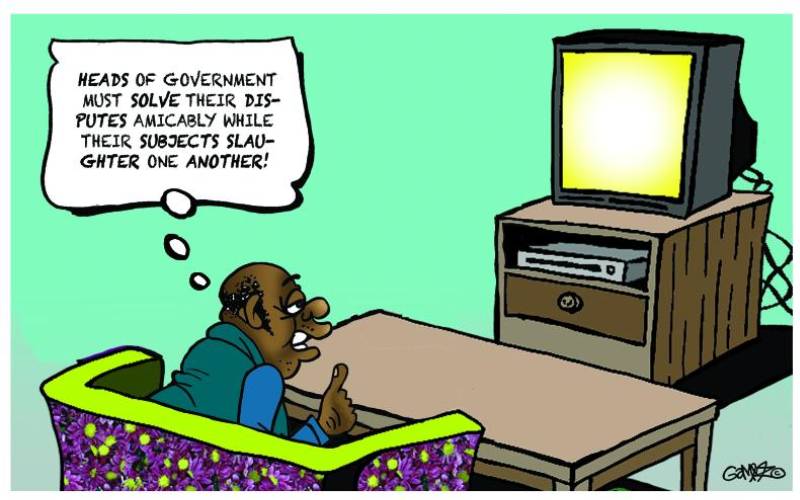 When Israel and Hamas announced a ceasefire on the 20th of this month after 11 days of fighting, the world celebrated. Harold did not.

He had declared a war against a cabal of dissidents who have been going around the village tarnishing his name, a miscalculated endeavour because Harold’s name is already badly muddied.

While Israel and Palestine erupted into chaos courtesy of rifts that can be traced back to the early 20th century, Harold’s problems began about a week ago.

“He drinks! We cannot allow ourselves to be led by a man who is perennially drunk,” the haters screamed, instructing that Harold should choose what to preach and what to drink, and in neither case should wine be an option.

“He is dishonest. He is a thief! Away with him!”

Sue led the protests, and that day the pub welcomed a record number of customers, some of them initiated into the practice that night.

That Harold had announced measures to be taken against those that default on their TV toll, Sh13 levied for watching TV every week, was one of the main catalysts for the rebellion.

His enemies reacted with brute force, twice beating him up in the dead of the night as he staggered back home and hurling stones at his, our, house.

Harold heard that Israel was using the iron dome to prevent missiles from the Hamas from hitting their people. The iron dome is a mobile all-weather air defence system.

“Ah, Pete, I told you this thing does more than just mosquitos,” he said excitedly once I had explained to him the concept of the iron dome, and I was left wondering why I had wasted my energy explaining stuff to a man who barely listens and who never understands.

So he went digging for only God knows what and finally unearthed, much to my chagrin, an old container of Mortein Doom.

The attacks just about toned down in the next few days and while I was certain the stone throwers had just gotten tired of trying to rattle a man who does not give a hoot, Harold was sure it was the iron can of Doom that was working to defend him.

Harold planned to start his attacks on the people that had meted violence on him and his congregants, and so he instructed me to have that done. “Make sure that all of them learn a lesson. But leave Sue out of it.”

I asked him how we could exempt the chief perpetrator and he told me that heads of government must solve their disputes amicably while their subjects slaughter one another.

The only other person I was to spare was Githendu.

“That one has already suffered enough,” Harold reminded me, and it hurt even him that I had forgotten that some pastor had been suspected of stealing all of Githendu’s chickens.

When Harold declares war, nothing can stop him. I walked around the village recruiting people who would descend on anti-Harold crusaders. We were supposed to find a way to attack them as they left the watering hole, where they deliberated on how to oust Harold as the head of the gossip mill and church, Harold Assembly of Holy Associates (Haha).

The ceasefire in Israel angered Harold, who wanted the violence in the village to mirror that up North. But I went ahead with the plans, instructing my team to lie in wait that Sunday night.

Harold, who had had a major falling out with Sue, was sitting inside all night, cursing and trying to unravel the magic of Doom.

I lied I was going to see if the new watchman was at church, “because these people can literally sleep on their jobs”.

The boys and I lay in the dark, waiting, like the Hamas, to launch missiles.

At a midnight, the drunkards started staggering home.

I gave a hoot as we had agreed and the stones started flying. Suddenly aware that they had been ambushed, the drunkards started running away. But one of them was slow and when one of the missiles connected, he was sent sprawling on the ground.

That was enough of a statement, I told the boys, and went home to report to Harold.

He was not there. He was on the road, groaning, wondering what had hit him and why he had left his iron Doom at home.

The AIK president Harrison Mumia, thanked Seth for his dedication while working at the society and wished his all the best in his new chapter.

DP Ruto left guests in stitches after he joked that it was difficult to give away his daughter to a Nigerian due to his past experiences. 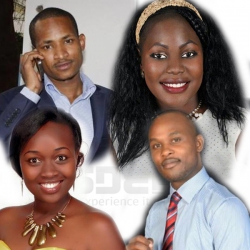 By Irvin Jalang'o | 6 years ago