Easter – the celebration of Jesus Christ’s resurrection- is arguably one of the most important holidays to Christians across the world second only to Christmas.

However, there is more to this date than it marking the end of Lent, a six-week period of prayer and fasting leading up to Easter.

According to some scholars such as Venerable Bede, Easter is based on an ancient pagan celebration that paid homage to the Anglo-Saxon goddess of fertility and spring – Eostre.

It has however evolved over the years.

Bunnies and eggs came to be associated with Easter over their emergence on springtime alongside plants that had laid dormant for winter.

Did you know that the calendar in use today in most parts of the world was brought about by Easter courtesy of Pope Gregory XII?

Pope Gregory introduced the Gregorian calendar after scholars realized that Easter was falling further away from the spring equinox since the Roman Julian calendar was out of sync with the solar year.

As to why Easter is celebrated on the first Sunday is due to a meeting convened by Emperor Constantine which resolved that Easter should be fixed on a Sunday.

Interestingly, Easter is on a different date each year.

The whole week leading to Easter before Easter Sunday, people celebrate Palm Sunday, Maundy Thursday, Good Friday. But what do they mean?

Palm Sunday is the day Jesus rode into the town of Jerusalem on a donkey. In 2021 this landed on Sunday, March 28.

Maundy Thursday is Jesus’ last supper and also commemorates the washing of the feet. This year's date was Thursday, April 1.

Good Friday commemorates the crucifixion of Jesus at Calvary. This took place on Friday, April 2.

According to the Holiday Spot, white lillies are the official flowers of Easter and are held or worn as badges by many in churches all over the world as symbols of the resurrection of Jesus Christ.

5. Dancing on Easter is forbidden in Bavaria Germany

German holiday law the Tanzverbot nibs dancing in public in 12 out of 16 states in the bud during holidays.

However, in Bavaria the law prohibits dancing during the entire four-day Easter weekend beginning on Ash Wednesday.

Party organizers who flout the Easter dancing ban face hefty fines. In some states such as Hesse, dancing is prohibited from 4am until 12 noon on Sundays and public holidays.

The alleged overdose was said to have triggered a heart attack and DMX was in the critical care unit in the hospital.DMX’s attorney, Murray Richman,

If you haven't realized, the Easter holiday usually falls anytime between March 22 and April 25. This year, Easter Sunday falls on April 4. How Easter 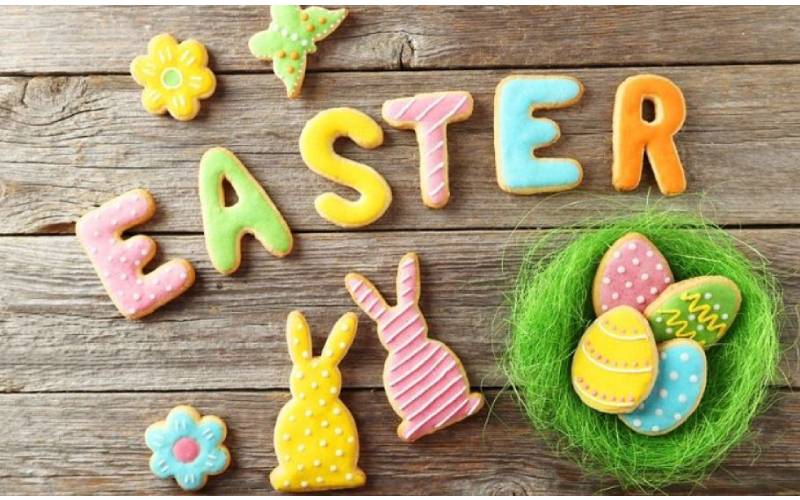