Raising the dead: Tricks women use to ‘wake up’ husbands in bed

By Sarah Haluwa and David Odongo
1 year ago

Sex is a source of power. For men, it is what validates their masculinity, proof that they are energetic, providers and great lovers.

Basically, a man wants to prove he is the super hero.

You know, he got his game on and can pull a stunt or two...even if his mind may occasionally wander off during the steamy session.

Sadly, most men, when it come to mchezo, as the Coast guys put is, fail miserably. They can hardly make a woman reach the ‘Big-O’ and can’t tell where the G-spot is.

So, what happens when a man’s libido is low? The Nairobian has learnt that most married women ‘secretly’ boost their husbands’ libidos. And the men have no idea!

Take the case of Mwanaisha Jumaa, 28, a housewife.

“Before my wedding, I was taught by my aunties that I should give my husband plenty of watermelon and pumpkin seeds. Of course, I can’t just give them to him fwaaa like that. It would crush his ego if he thought I doubt his skills and energy in bed.

"So, I blend the seeds and add the powder to his porridge or smoothies without his knowledge. If my marriage was to fail today, sex or lack of it won’t be the reason. I have no complaints when it comes to that. He is as strong as an ox in bed and he lasts for a very long time.”

Mwanaisha’s school of thought is backed by science since “watermelon seeds contain zinc which help in naturally treating male fertility. Another super food to boost libido is peanuts. This nut is quite famous as it’s cheap and readily available for men across all generations,” says the self-taught sexual nutritionist.

Amina Shehe, an elderly housewife also has her secret.

“My husband is a long distance truck driver. I understand he gets into extramarital relations due to the nature of his job. On the day I expect him home, I make sure there’s a steaming bowl of octopus soup waiting for him. It greatly helps him in bed; otherwise I’d be forced to cheat,” she says.

Another less-known but excellent food that helps in libido is shark fin. This is an ancient medicine the older Swahili generations know of.

Amina Swaleh, a salonist says her grandfather had so many wives and lovers and before he died, he shared some secrets with her.

“I couldn’t imagine how he kept them all satisfied and happy. But before his death, I learnt that his secret weapon was dates smoothie. His first wife used to soak dates in water then blend the mixture with milk or serve it as it is. I heard that the smoothie helps increase sexual performance and makes the man last longer in bed. ”

But for some men have taken matters into their hands.

One such man is George Jilani, a 37-year-old mason who swears by peanuts.

“It is something that we learnt when growing up. After I started heavily incorporating the nuts in my daily snacking routine, I noticed that my sex drive shot up.”

Men raised in the village like Willy Katana swear by cassava and copra, dried coconut kernels.

“A combination of raw cassava and coconut kernels is a lethal weapon when it comes to matters sex. As teenagers in the village, we used to indulge in this while out hunting or grazing cows. I swear, my wet dreams used to be something else! Whenever I woke up it would feel like I wet the bed.”

He adds that during their teenage years, as they skinny- dipped in rivers, you could see distinctively the difference in the manhoods of those who used to snack on cassava and those who didn’t.

“Our erections were solid and our manhood hung lower than those boys who refused to snack on cassava stolen from people’s farms. It was believed the more raw cassava you ate, the larger your penis became. I am living proof of that!”

Apart from plants, seafood are known to spike men’s libido.

Octopus is well known and has been featured in many songs acknowledging its potency.

Mzee Fadhili, an old herbalist says there was a time his family made quite a killing exporting this product to the Middle East for Arab tycoons who are poor in bed to indulge in.

Away from home, small traders are also helping bring sanity back to bed one man at a time.

Bitter, black coffee - the equivalent of espresso - or kahawa tungu (tungu is a Mvita dialect corruption of ‘chungu’ which means ‘bitter) as the ‘coasterians’ call it, is preferred by men because of its stimulation.

Karisa, 22, a coffee brewer says that,  “Kahawa tungu stimulates those with ‘lazy blood’ in case they intend to have sex. On special request, we add ground nutmeg (kungumanga) in the coffee, which is the ultimate spice in male libido boosting. It gives you so much energy and delays ejaculation for long, hence your partner is satisfied in bed.”

John Mutunga recalls when he was dating a particular girl who used to get him drunk first before making sexual advances at him.

“She knew I didn’t like her and there is no way I would have slept with her when sober. So, when she knew I was bored and at home, she would buy alcohol bring it to my house and get me drunk. We would end up in the sack but it took me several sessions to realise she was using alcohol to loosen me up so that I can do what she wanted.”

The young man also claims that a concoction of kungumanga, ginger and honey taken daily can cure erectile dysfunction.

Dr Ken Ouko, a sociologist at the University of Nairobi says that in the African culture, lack of sex was reason enough for a woman to leave her husband and go back to her parents.

“Even if you caught a woman cheating, and she said before wazee that ‘whenever she cooks food, you don’t eat,’ as a man, you had no recourse. Men were expected to not only satisfy their wives by providing basic needs, but also sexually.

"In some cultures, they allowed a man’s young wife to be inherited by the man’s sons, because if left alone, the young widow could bring shame to the family by sleeping around with other men.”

Psychologist Faith Nafula Atsango adds that sex is the foundation of any marriage.

“Sex is an important aspect in any relationship. Many women claim their husband’s lack of sex desire for them affects their self-confidence. A woman might feel she is not sexually attractive and might be vulnerable to pressure or enticement from outside her marriage.

"Lack of sex can spill into other spheres of their marriage too. Many people never go to marriage therapists when it comes to sexual matters due to shame or stigma attached with the issue. Seeking help is more beneficial than many people realise. Going to church and praying about it is unlikely to help such a situation. Get professional help,” she advises.

November is the hustle month and we are all about youngins making their money, and we need your help. Do you know of any young person in school/campus who is running a hustle that absolutely deserves to be celebrated? Drop us an email on on: [email protected]dia.co.ke
Tricks women use Low libido Libido remedies
Previous Article 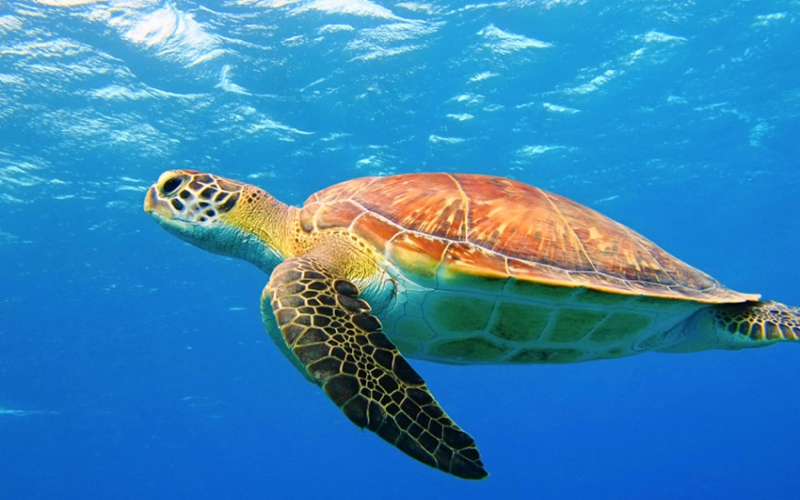 Locals up in arms, blame their low libido on turtle meat ban
1 year ago 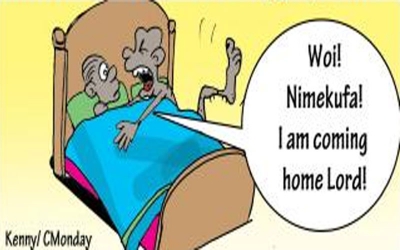