Why you should stop spreading tissue paper on the toilet seat

Using a public bathroom is rarely an enjoyable experience, as they tend to be left in disgusting conditions.

<p><b>So when you layer up the toilet seat with layers of bog roll, you're actually exposing yourself to more germs</b></p><p><b>The best option to avoid coming into contact with nasty bacteria is to squat above the loo</b></p>

To make it a little more bearable, the hygiene-conscious try to avoid germs by putting a layer of flimsy loo roll on the seat as a protective shield.

But it turns out that's actually a really bad idea and exposes you to even more bacteria - this is why.

Toilet seats are actually designed to repel nasty germs as their shape and smooth surface make it tricky for bacteria to latch on.

"In fact, the top of a toilet seat is much cleaner than most people's kitchen sinks," Philip Tierno, clinical professor in the departments of microbiology and pathology at NYU Langone Medical Center said to Self.

He said that the type of bacteria found on toilet seats normally dies off relatively quickly.

On the other hand, toilet paper has a rough texture and is designed to be absorbent, making it the ideal material for bacteria to latch on to.

that with every flush, fecal bacteria can be disseminated into the air.

Since that sends fecal matter everywhere, it could easily land on the roll of toilet paper itself, especially as it's normally located right next to the lavatory.

At home, you can avoid this by flushing with the lid down, but public toilets don't always have seats.

So when you layer up the toilet seat with layers of bog roll, you're actually exposing yourself to more germs - gross.

The best option to avoid coming into contact with nasty bacteria is to squat above the loo, ensure you wash your hands.

"No matter how contaminated your hands are, as long as you wash them properly—for 20 seconds, with soap, and getting under the nail bed—you’re fine," Tierno said.

He also advises using a paper towel to open the door if you can.

"The towel dispenser, doorknob, all of that is contaminated grossly," Tierno added.

Why you should always close the toilet lid when you flush 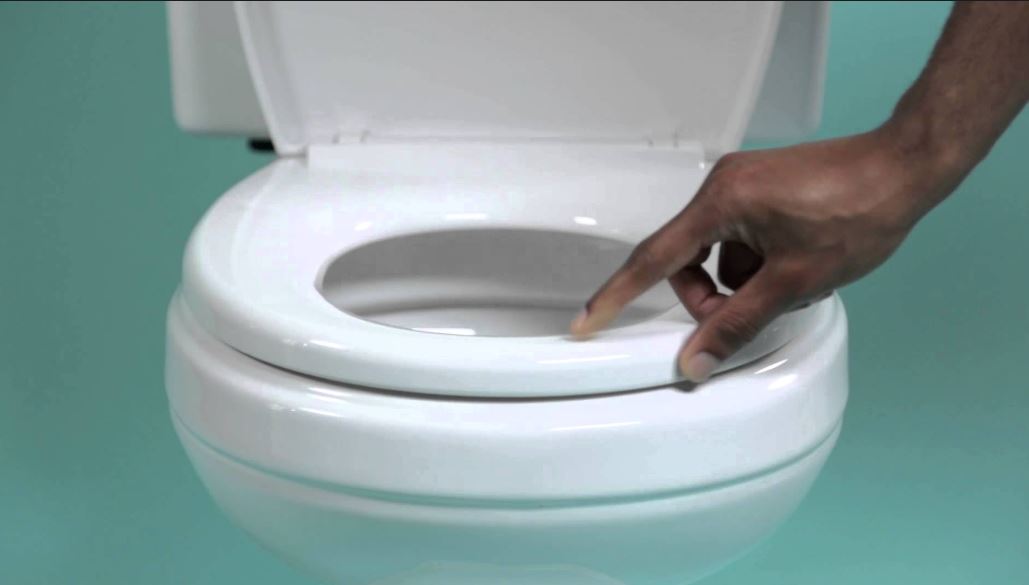 Why you should always close the toilet lid when you flush 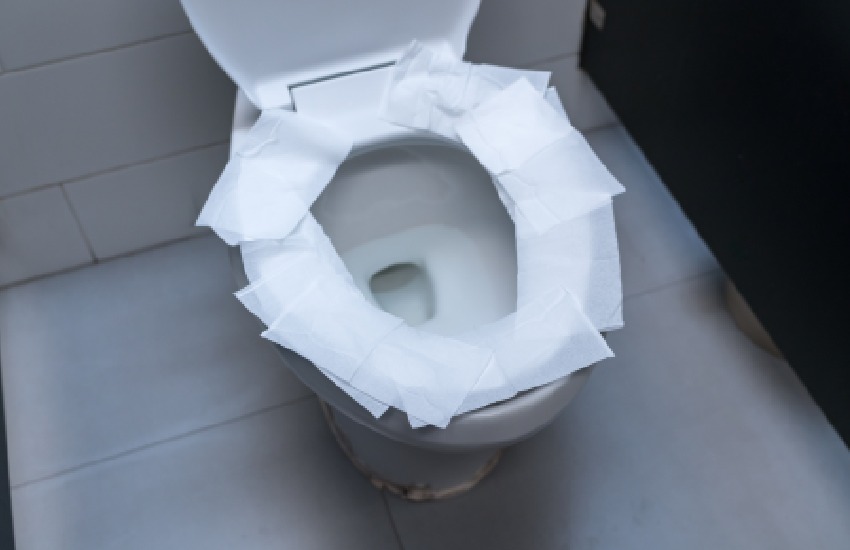