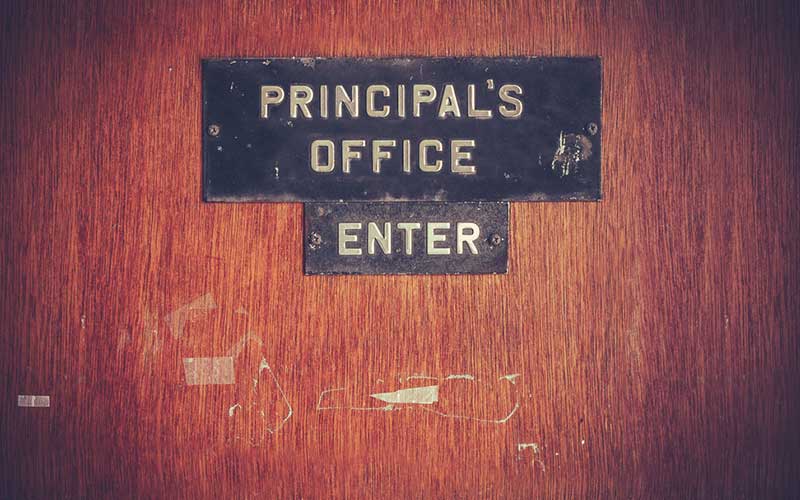 In ancient times, or the 1980s and 1990s as you know them, when high school principals were known as headmasters or headmistresses, they used to be humble servants who dined and lived within school quarters and hang out with students.

They managed modest resources drawn from the affordable school fees that parents paid. Even the chronically absent school heads who ran their shops and matatus had overzealous deputies, ever so generous with the cane, to deal with errant students.

School was worse than prison and mathematics teachers were sanctioned terrorists, who with extravagant fury, rained canes on the bottoms of young people slow to grasp the arcane intricacies of Arithmetics.

Despite schools being run like Nazi concentration camps, where male teachers were nasty, henpecked sadists who unleashed their sexual pent-up anger by beating students to a pulp, there were actually fewer fires, fewer strikes and any erring and truant student was dealt with mercilessly, at school and home.

At home, there was Uncle Samson, who always instilled the fear of God in us. In school, you were given this 3,000-year old tree stump to uproot.

Never mind the labyrinth of its roots ran to the core of the earth. Never did school authorities or society allow a few erring students to run amok.

Of course, corporal punishment was abolished (I still support the move), but I wish there was a more effective way of disciplining students.

Nowadays, teachers are so detached, so disinterested to touch baby Kayla because the mother is a feminist lawyer, who can sue the teacher and confine him to jail or poverty.

Back then, teachers, despite being overly mean, knew that theirs was a noble profession and even when they wanted to slaughter us, we knew it was out of love. In the end, we turned out fine and still love our former tormentors, for they made us to be the decent men we are today.

When teachers were not persecuting us for our slow cognitive abilities, they were our friends, acting as mentors and older brothers.

Some played ball with us, some taught us with humour, giving hope and making us aspire to be doctors, pilots and engineers.

Schools functioned because principals were like good fathers, offering tough love, but with noble expectations in the end. Some principals even ate with students.

They saw in students young boys and girls to be mentored, uplifted and turned into noble citizens. Principals led by example, not precepts.

Every region has that one principal who was feared and respected in equal measure. Parents are thankful because these teachers shaped their recalcitrant children into decent adults who are now gainfully employed.

How things have changed. Nowadays, school principals act like gods than servants. It is easier to meet the president than some high school principals! They live in posh neighbourhoods, drive top-of-the-range cars, and go to school with detached aloofness, like it is an inconvenience.

Most principals spend more time out there cutting deals and stealing from schools.

They have become like MPs - pocketing salaries for doing absolutely nothing, besides lounging and running from church to church on Sundays campaigning for their godfathers for 2022 elections.

When the head of a fish is rotten, the whole thing is bad. Sample all the schools where students have misbehaved in the past, dig a bit, and you will notice an absent principal. Or one who acts like a god, and does not connect with students and teachers.

It is time to remind high school principals that theirs is a noble calling. It is okay to aspire to great things in life, but the interests of our children and parents should rank first, not their personal businesses or chasing after kickbacks.

If you are a principal who behaves like a god, who wants students, teachers and parents to worship you, you don’t deserve the job. Sooner or later, you will lose it.