I spent Sh21 million on my house: Kenya’s exclusive Mansions with golf courses

The glossy marketing brochures depict it all: Happy children riding bikes on paved walkways while their fathers tee off on neatly mowed golf courses; and a retired couple walking hand in hand on a tree-lined boulevard. That is life in Kenya's premier golf estates.

But that is only half the story. Those having a slice of life in these upper-class neighbourhoods have bought into lifestyles that is the dream of even the ordinary mortals.

Home and Away spent a day with some homeowners in Vipingo Ridge in Kilifi - one of the leading golf estates in the country - and brings you the story of toil and sweat whose results have turned residents into some of the most contented lot in the country.

Life in the ridge comes at a price. Actually, the cost of serviced plots here is quoted in dollars, hundreds of thousands of them.

For instance, those interested in a high elevation, first row plot with uninterrupted sea view should be ready to part with $330,000 (Sh28.7 million). Spending similar amount on the actual construction would be termed as fair. Get the drift?

"I spent about Sh21 million on my house. I think that is among the least amount spent on home construction around here," says Alastair Cavenagh, Vipingo Ridge Chairman and founder member.

He was one of the few homeowners willing to open his home for us.

Sports enthusiasts in Kenya know Cavenagh for his exploits in his favourite hobby – motor rally. Twice Kenya Champion in 1999 and 2010, he also dabbles in water sports, sky-diving, and motorcycling.

The house he refers to as his "small investment" is a Lamu-style home built around a central courtyard.

It comprises four-bedrooms on half-an-acre plot. From the main entrance, one looks further into the living area that opens up to a stunning water feature – what he terms Vipingo's "Lake Victoria".

The bedrooms, all en suite, can fit in a five-star establishment anywhere. Here, Cavenagh has a bird's eye-view of the action on nearby fairways.

The front of the house faces the green on the 16th hole. If he were to take an afternoon siesta on his spacious bedroom, he would still catch some action on the fairway to the picturesque 11th hole.

"This place is safe as you might have already seen. Many are the times I forget to lock the house.

That is one reason people come here," says Cavenagh. Nothing, not even a python that he says resides in the small dam in his backyard, can scare a man who has had several brushes with death during his rallying adventures.

Born in Wales 50 years ago, Cavenagh has had an entrepreneurial business background, including tea business in the early 1980s, working in Germany and Switzerland for 10 years.

In 1994, Cavenagh relocated to Kenya where he continued with the tea business until the turn of the millennium. As an Executive Director of Dalbit Petroleum Limited for the past 14 years, Cavenagh's primary focus has been on petroleum importation and distribution within sub-Saharan Africa.

"I, together with a few of the other directors had no prior experience in real estate. All we were looking for was a small piece of land, 300 acres for a golf course near the beach.

However, what we got was not adequate but the same people who were selling us that piece of land told us of this 2,800-acre property that was up for sale. That is how the idea of a golf estate came about. Though golf has been one factor influencing settlement, many are attracted by the secure environment," says Cavenagh.

We walk around the property and meet a woman walking her two dogs. She gives her name only as Jane.

She neither allowed us to take her picture, or that of her home. Privacy and exclusivity is the name of the game here. But 60-year-old Jane promises to meet up with me at the clubhouse later on in the evening for a chat.

She had lived in Karen since she was eight till her husband's death 15 years ago. Thereafter, she sold the house and rented an apartment near Westlands before meeting one of Vipingo's directors who whetted her appetite for buying into the dream.

"I met the director on site one day in 2006 and he told me that this thing will become big. I was a bit skeptical. 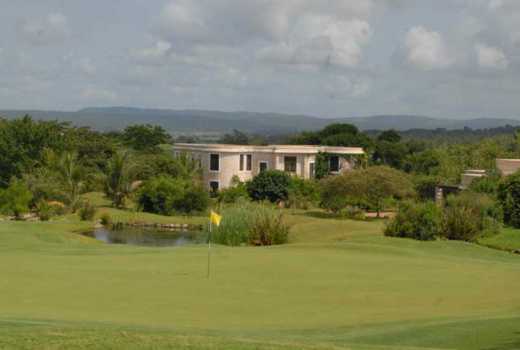 All I could see was an earth mover stuck in mud, and a lot of sisal. We stood on a hill and the director said that particular spot was for sale. Then he said, 'We are bringing the whole of Africa here on two golf courses.' He looked serious. I got two plots for $70,000 (Sh6 million) each. That was a bargain at the time," she says.

Jane went to the internet and saw a design she liked. She scribbled the details and gave them to her architect who, she tells me, also scribbled his ideas and within 10 months, her four-bedroom house on an acre plot was up. That, she says, was the best decision she ever made.

"Little compares with Vipingo - the clean air and better social life. There is golf, swimming and walking around without fear unlike Nairobi where a lady like me can hardly go out when it is dark.

Then, you have younger people with kids. I think that is a good balance. This is home. I am not moving anymore," she says, a glass of white wine in her hand.

She was among the first people to settle here where homeowners become automatic members of the golf club and unfettered access to the exclusive five-acre beachfront at Kuruwitu. 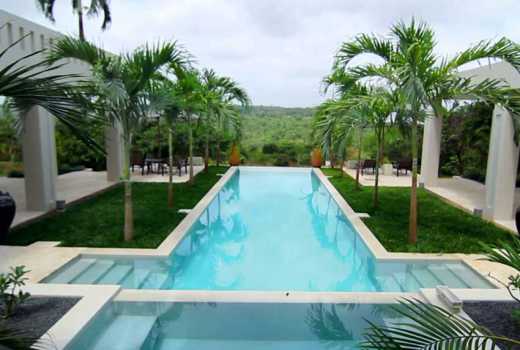 Jane notes my surprise when she mentions that she pays a monthly fee of Sh48,000 to maintain the public amenities: "Oh, that is okay.

Think about land rates and the garbage. If we were living in a similar home in Nyali, I would still pay Sh60,000 monthly for all the services, including security. It is a deal for me, maybe not for those buying property for prospecting purposes."

Houses here come in all shapes and sizes. Still, there are certain parameters that must be met by all developers in order to maintain some kind of order and standard.

For example, most houses have a somewhat flat roof that ensures that each homeowner has unobstructed view of the ocean, golf course or the countryside. 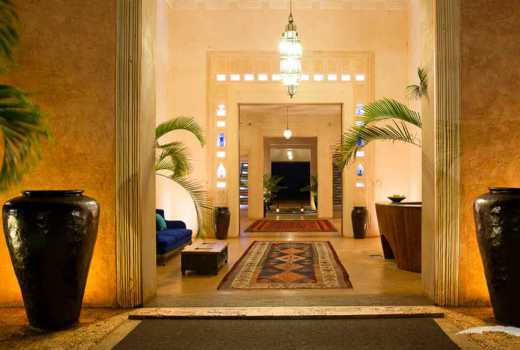 This becomes apparent when you take a view from the top of Amos Ngonjo's palatial home. The vista opens to rows upon rows of sisal along the Mombasa-Malindi Road, followed by a good segment of Kilifi's coastline.

Like many others here, Ngonjo bought into the idea due to the serenity offered by the property that stands out like a diamond in the rough.

"I came for a golf tournament and fell in love with the place, not so much because of the game but due to the quiet atmosphere," he says.

Though he did not disclose the amount that went into developing the home that is part of the family's two-acre plot, it is obvious that a tidy sum was involved.

The nine-bedroom house with a swimming pool on the upper deck is set to host the wedding reception of his last born son in a few days. The 800 guests will be easily entertained at the well-kept gardens.

And did I mention the small matter of Ngonjo having a mini-movie theatre in the house? But then, this is Vipingo Ridge where you live your life and play golf.