Whenever he was tired of the busy city life and needed some rest, Kenya’s former Vice President the late Joseph Murumbi would travel to his 35-room mansion in Intona Ranch, Trans Mara, to while away time.

It was a house befitting Dr Murumbi’s political stature. But were he and his wife Sheila to come back to life today and take a flight to their Intona home from their tombs in Murumbi Garden in Nairobi, they would probably not locate their compound.

The house, which was a luxurious retirement home with many servants and part of his famed art collections on the walls and hallways, doesn’t even have doors and windows, thanks to vandals.

The mansion, located at a strategic point where one can enjoy the natural beauty that peeps from the world famous Masai Mara Game Reserve, could be a tourist attraction or an exclusive lodge.

In one of the rooms, an artist acquainted with Kenya’s politics, has scribbled on the wall the names of Kenya’s past vice presidents, including Kalonzo Musyoka. Murumbi’s Trans Mara home has remained unoccupied since him and his wife died. 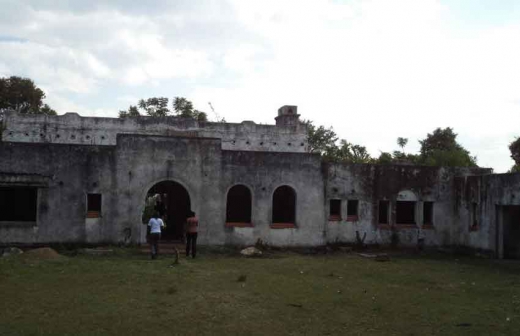 They neither had children nor left behind a beneficiary to inherit their property.

The once palatial 35-room residence is currently desolate, with neither doors nor windows. The neighbours claim that they were vandalised by his workers after his death and that of his European wife Sheila in 2003.

The building is now home to wild animals, which match in and out at their own pleasure.

Its ancient architectural design is outstanding. Adjacent to the mansion is an algae-infested swimming pool, not to mention the bushy vegetation surrounding it.

Roots have torn their way into what was once an adorable swimming pool, cracking the brick and mortar.

The magnificent plan of the compound indicates that the former vice president was a man with good taste.

He acquired the land through his mother’s land rights as a Maasai. He was a product of Goan and Maasai parentage. His Goan father had sent him off to India at a very early age to study.

He returned to Kenya after 16 years in India when he heard that his mother had been killed by a lion. But on learning that his mother was actually alive and well, he started working in the family business.

During the time, Anglo Indians in India used to call anyone darker than them “niggers” and this annoyed him very much and he decided to be an African.

As a child of different worlds, he struggled to get the colonial government of Kenya to accept him as an African.

He finally went back to the provincial commissioner, identified as a Mr Hodge, and signed a declaration to say that he had given up all the rights and privileges of an Asian, hence he was to be known as Murumbi, an African.

Many years after selling their house in Muthaiga, Murumbi decided to follow his dream and moved to Trans Mara, where they built their dream house, the 35-room mansion. 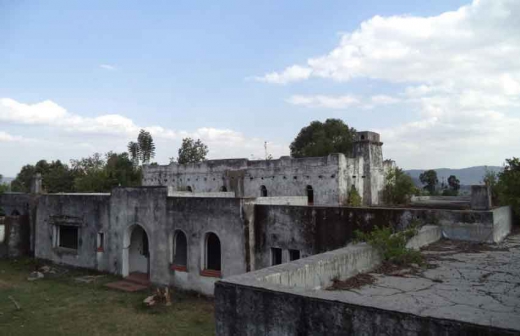 His close friend, Alan Donovan, says: “Joe and Sheila loved their dogs. One of the dogs had nearly died and Joe had vowed to build a chapel if he survived. When the dog was retrieved from death’s jaw, the chapel was duly built for the staff at the ranch. The priest was called to bless the new chapel.”

Murumbi would slaughter a goat and invite his friends to his home. They would then discuss serious issues as they feasted on the meat. He also had an airstrip where he could land from Nairobi.

Murumbi served as the second vice president of Kenya under the first President Mzee Jomo Kenyatta for a very short period before retiring from politics in 1966.

He decided to concentrate on collection of artefacts for the rest of his life until 1990 when he passed on.