Shocking footage shows the tar-blackened lungs of a 52-year-old man who had been a chain smoker for 30 years.

The viral video viewed more than 25millions times shows medics removing the organs from the brain dead man after his request to donate them.

But instead of being a healthy pink colour they are heavily blackened from decades of tobacco residue accumulation.

The clip, called the ‘best anti-smoking ad ever’ by social media users, shows Doctor Chen Jingyu and his transplant team inspecting the lungs at Wuxi People’s Hospital in Jiangsu, China.

Dr Chen, who is a leading lung transplant surgeon and also vice president of the facility, said the donor was declared brain dead and his organs were donated.

However, the medic quickly realised after harvesting that they would not be able to give the lungs to a patient in need on the waiting list, citing issues such as lung calcification, bullous lung disease and pulmonary emphysema - all thought to be the result of three decades of smoking.

Using the hashtag ‘jieyan’ - Mandarin for ‘quit smoking’ - Doctor Chen wrote: “Many smokers in this country have lungs which look like this.

“Our team decided to reject these lungs for transplant.

“If you’re a heavy smoker, your lungs may not be accepted even if you choose to donate them after death.

“Look at these lungs - do you still have the courage to smoke?”

Doctor Chen later told local media: “The patient didn’t undergo a CT scan before his death. He was declared brain dead, and his lungs were donated shortly after that.

“Initial oxygenation index tests were OK, but when we harvested the organs, we realised we wouldn’t be able to use them.

“We Chinese love smoking. It would be impractical to say that we wouldn’t accept the lungs of all smokers, but there are strict standards.

“These include lungs under 60 years of age in a patient who has only recently been declared medically dead; minor infections in the lungs and relatively clean chest X-rays are also acceptable.

“If the above conditions are met, we would consider transplanting the lungs.”

According to a 2018 study by China’s Center for Disease Control and Prevention, 26.6 percent of the country’s population above the age of 15 are smokers.

In 2017, the World Health Organization reported that worldwide tobacco use causes 7 million deaths per year. 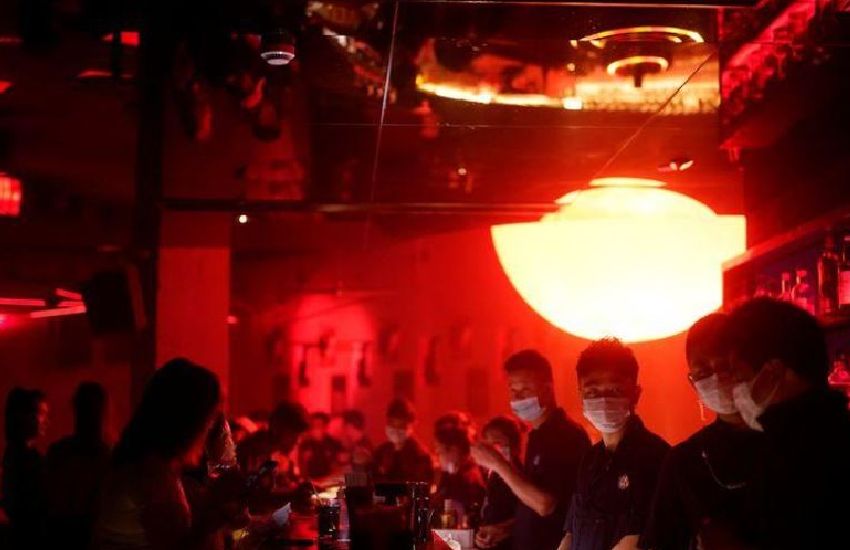 Dancing with disinfectant: China's nightclubs back in the groove
1 month ago