Why Tekashi 6ix9ine could end up 'hiding with the Amish'

By The Mirror
9 months ago

Tekashi 6ix9ine could end up hiding in an Amish community for his own safety, an expert has claimed.

It's thought the rapper, whose real name is Daniel Hernandez, could be put into witness protection and hide out in a secret and reclusive Amish community after grassing on his Bloods crew to shorten his own sentence.

The music star took to the witness stand in court at the trial of two alleged members of the Nine Trey Gangsta Bloods.

And those close to the case say the decision put his life at risk so much that he could need to go into hiding, the New York Post reports.

Former Rhode Island attorney general Arlene Violet, the author of The Mob and Me: Wiseguys and the Witness Protection, told the publication: "We could put him in a place like a Mennonite community or the Amish where they might not listen to rap music."

Gerald Schur, the founder of the US Federal Witness Protection Program, added that there would even be a way to cover the rapper's distinctive face tattoos.

He said: "With the tattoos, I cannot tell you what we do with them. That’s not a problem. They can be dealt with."

Since the Witness Protection Program launched in 1971, more than 8,600 people have been relocated and given new identities for their own safety.

It's said that to best construct his new life, Tekashi, 23, would be examined by a psychologist and work with employment specialists.

He and his family would also be given new Social Security numbers and dummy medical records.

The rapper could be in danger after testifying about the various acts of violence he says he witnessed while running with the gang.

He claims to have witnessed shootings, assaults and drug trafficking, among other things.

He pleaded guilty in the case in February and made a deal with prosecutors, agreeing to testify against others in order to avoid a 47-year prison sentence. 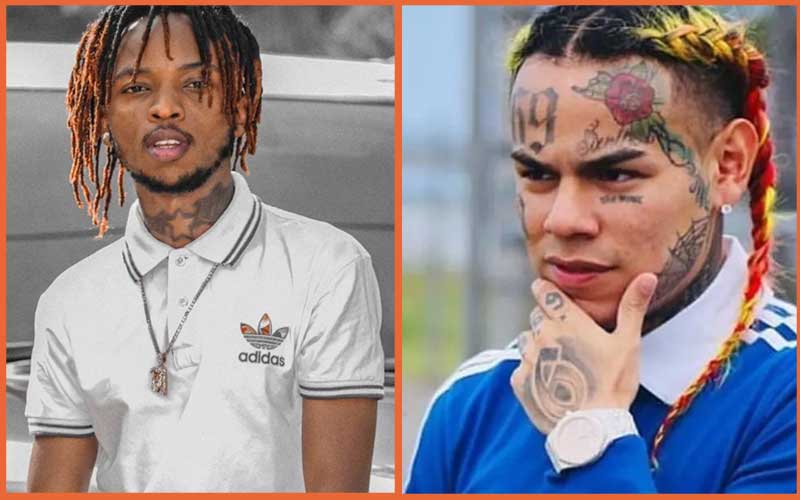