Omo Pick-a-Box was the ‘it’ show 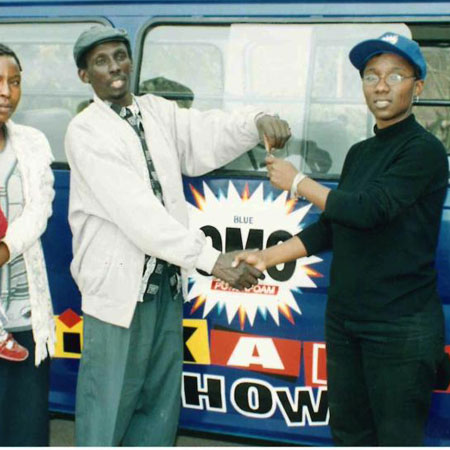 Kenyans spent most of their time watching it on television. It was the programme many waited for every Sunday night in the uncertain 1990s.

The idea was not to cheer the contestants, but rather to laugh at those who made wanting choices. It was either the money, or the box, whose contents ranged from a brand new car, to a baby’s diapers.

Money could be offered in quick succession to ensure the clueless participant was not lured by the contents of the box. Regina Mutoko was the most visible presenter of the Omo-Pick-a-Box show that was produced by Moses Nderitu via his Level One Productions.

By the way, the show was Nderitu’s launch pad to his financial trajectory that now includes Excloosive mobile toilets.

Anyway, there have been many TV game shows like, Who want’s to be a Millionaire?, Zain Africa Challenge, Who’s Smarter Now?. However, few can equal the chutzpah and popularity of Omo-Pick-a-Box with Regina Mutoko and her co-host, what was his name, Martin Mburu?

Indeed, few can forget the guy who was given Sh30,000, which he turned down in favour of the box…that had a plate of nyama choma instead! Chomp, chomp! Sniff, sniff! Munch, munch! Sniff!