Why polyandry should be made legal in Kenya

By Chege Muiruri | 7 years ago 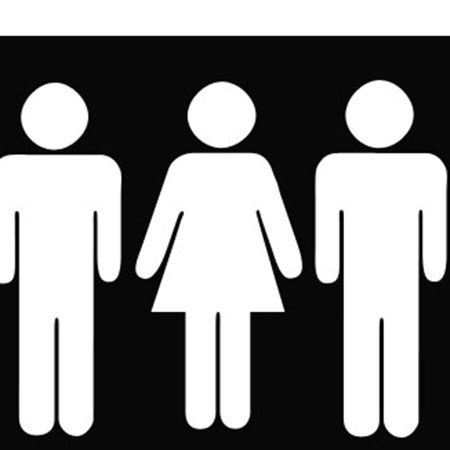 Men have a knack for pushing their agenda, and trampling upon women without giving a hoot.

Thus, I was not shocked the other day when members of parliament wasted time debating and passing the Marriage Bill.

I mean, in a country riddled with bigger problems such as high cost of living, terrorism and never ending corruption, how could they waste time pontificating marriage? Of all the things?

In fact, what really excited them, I suspect, must have been the fact that the Bill had a clause allowing men to marry as many wives as they want.

The Bill, which amended existing marriage legislation, makes it possible for a man to marry a second, third or even fourth wife without the consent of his first wife. How cruel!

The proposed Bill had initially given a wife the right to veto the husband‘s choice, but as you can imagine, male MPs ganged up and pushed through a text that dropped this clause.

Oh, how I wish they could unite on more urgent and important issues.

I did a little digging up here and there, and the reasons men gave for supporting the Bill on polygamy left me in stitches.

Men’s reactions left me with one conclusion: women too should be allowed to have their cake and eat it.

Ask any man and they will give you a boatload of reasons why the passing of the Bill is justifiable. And to top it all, they give that annoying ear-to-ear sheepish smile, which makes you imagine they know something you don’t know.

The main reason men want to be allowed to marry as many wives as possible is that they are potentially polygamous.

Some also claim they are visual beings, and can’t resist beauty. Others will claim they can’t be satisfied with one woman.

Yet some of them can’t even satisfy their one wife, yet they are spoiling to get some more.

Interestingly, though, one thing that scares the hell out of most men is the thought of sharing property with wives after divorce.

They trash the notion that women greatly contributed, even if it’s emotionally, towards the acquisition of the property.

Listening to the reasons got me thinking, why not allow women, too, if they have resources, to marry more than one husband?

And just like men have reasons from here to Timbuktu as to why they deserve to marry as many women as they want, we women too have reasons to desire polyandry.

I know this may shock men but we too, are just as visual as men. And at a certain age, men also get old and certain parts of their bodies start to sag and wrinkle.

The once flat tummy expands, leaving them with a question-mark-like potbelly. Gentlemen, you think that is sexy? It really gets in the way, quite literally, during the big game. We get disappointed, but keep quiet for the sake of peace and those big fragile egos of yours.

The once firm arms begin to wobble and can hardly hold a woman firmly. Which woman doesn’t want to be held tightly? I mean, who doesn’t want to trade an old, tired, weak frame with a more younger, virile and full of stamina one?

Plus, women too have discovered the abundant pleasure in variety. Let women, too, have their cake and eat it.

Gentlemen, some of us have the same randy urges as you, but we have control and dignity which makes us suppress them.