Female rapper Noti Flow has said she plans to sue her ex-boyfriend.

"For those asking, yes I'm still suing my ex that assaulted me. I forgave him, I have peace at heart and moved on. Him and I are even friends and we talk from time to time but law has to take its course," she wrote.

Although Noti and her ex have ironed out their differences, the social media influencer explained that hemust face the consequences of his action. The singer added that she is a role model to many and needed to use her life experience as a teaching tool for others to stand against gender-based violence.

"As a public figure that young girls and my younger sister look up to, I must go through with this. I vowed to make sure that justice is served and that is exactly what I'm doing because I keep my word. The society needs to know that under no circumstance should they condone violence against women and or gender-based violence. There's law," she added.

About five months ago, the Foto Moto singer took to her social media with graphic pictures of her bruised body pointing an accusing finger at her ex for allegedly beating her.

"I had an ugly incident in my previous relationship. My previous boyfriend was abusive. He attacked me physically and left me bruised. That was around November last year. We already have a case in court and I trust justice will be served," she said.

The Kamatia singer said domestic violence is prone to happen at any level of a relationship and not only in marriage.

"Domestic violence does not only happen in marriages. It happens to those dating too, young lovers, everyone. People have been silent about this. I can't be. I have always believed in love, and I believe if you love someone you will do anything for them. Emotionally let alone physically, you would never be afraid to show the world you love them and you wouldn't see the need to cheat on them," she added.

The singer has since moved on.

"I found true love in a girl, yes. She's everything I ever wanted. She loves me truly and she'd never wanna hurt me. Never. I am happy she helped me get over the trauma from my previous relationship," she wrote. 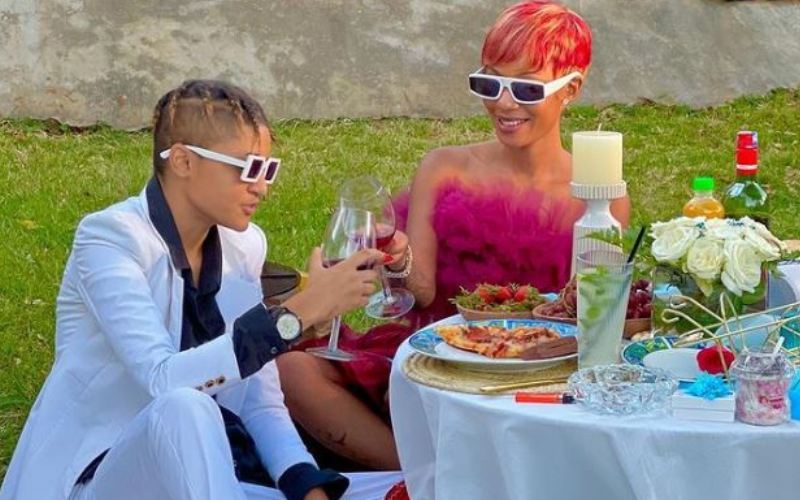 I broke up with her, Noti Flow on relationship with King Alami