Coast-based singer Mwanaisha Abdalla, popularly known as Nyota Ndogo, has said that her Danish husband, Henning Nielsen, has finally reached out to her.

According to the Watu na Viatu crooner, Henning only spoke to her after spotting pictures on her Instagram page getting cosy with singer Pday Hurrikane during their Ni wewe video shoot.

Although happy that they are finally in communication, the singer admitted that she was not impressed by Henning's decision to ignore her for such a long time. Nyota Ndogo says he was only forced to break his silence to ask her to pull down the pictures and videos from her social media page.

ALSO READ: I’m getting used to the pain – Nyota Ndogo gives up on hubby

Nyota Ndogo and Henning's troubles started sometime in April when the singer pranked her husband that she was pregnant.

Speaking in a previous interview, the mother of two revealed that she and Henning had agreed not to have kids of their own, which, therefore, angered him when she pretended to have conceived.

Speaking in a previous interview, the mother of two said that she and Henning had agreed not to have children of their own, which, therefore, angered him when she pretended to have conceived.

"We talked about having children, he said we have five of them, we don't need another one. By five children, he meant my daughter and son, and his own three children. He then argued that he is an adult, with grandchildren," said Nyota Ndogo.

She added: "He said, 'I want when I retire and come to Kenya, we travel all over the world, and not babysitting.' We used to talk twice a day. So I called him in the morning, I remember he was brushing his teeth, I told him I was pregnant. He said 'Hmm! What?' then hung up. I did not say anything else."

Since then, the Nibebe crooner has tried everything in her power to make things right between them, to no avail.

Ted made the revelation while speaking to a section of artistes about investing and guarding creative content to secure their future.

According to her, Kabi is destined for greatness and will one day become a pastor, making her a pastor’s wife. 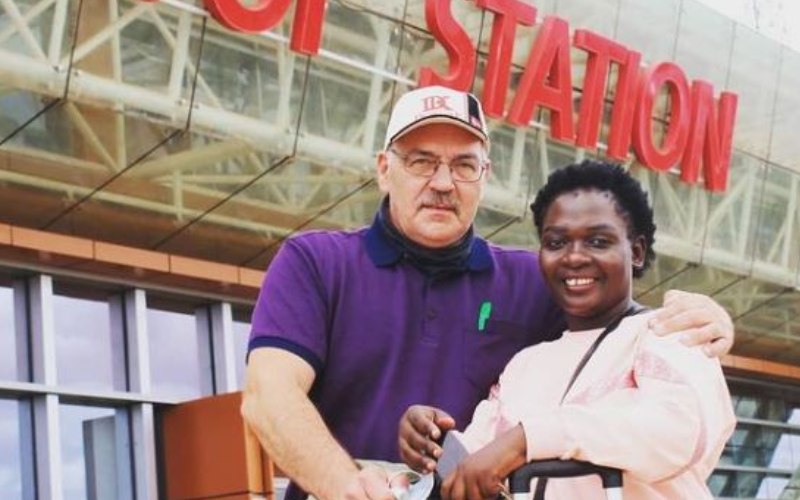