Cheat if you must, but don’t shag your mpango in you wife’s bed 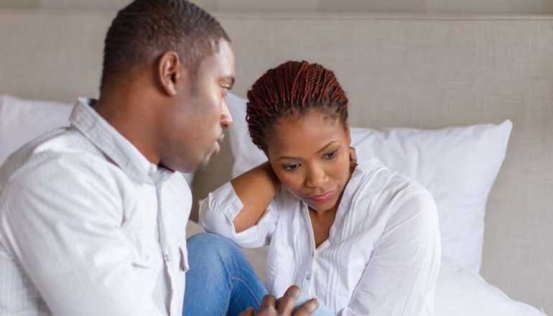 A close friend of mine recently shared with me that she had started seeing a man who is married. They had gone out on a few dates and were planning to consummate the relationship.

They were having dinner one night when he matter-of-factly informed her that his wife and kids would be travelling upcountry for a few days and it would be the opportune time for them to get intimate.

He then casually suggested that since she could not host at her residence due to lack of privacy, she could come over to his place and they would do the deed there! In his matrimonial bed! And he said it like it was the most ordinary thing in the world. How callous!

My friend was appalled. She couldn’t believe he had the audacity to suggest such a thing. Sure, a lot can be said about her morals for choosing to get involved with him in the first place, but taking him up on his loathsome offer was a low even she wasn’t willing to stoop to that level. What a slime ball!

What kind of man brings his affair partner into his house that he shares with his wife to have sex? And what kind of woman did he think she was that she would accept to go into another woman’s house? It is a disgusting display of disregard for his wife and the ultimate betrayal.

It is one thing to have an affair and a whole other thing to bring your affair partner into your home. I understand that we live in an age where we consider ourselves to be sexually liberal, but your family home remains off limits for affairs, and the marriage bed remains a sacred object and should be treated as such.

It is the ultimate giving the third finger to your partner if you would have no qualms about having sex with another woman in the bed you share with her, under your roof. Hotel room, anybody? If you can afford to cheat, you can afford to shell out for a hotel room.

Adultery is painful enough in a marriage as it is, but adultery that takes place in the marriage bed can be lethal. It is a slap in the face to the other partner. This is the home where you raise your children. Your matrimonial bed is not just a bed.

It is not just a mattress, sheets and pillows. Do not treat it as just another easy and secure place to get your rocks off with your lover. Your bedroom is not just a location in which you can enjoy anyone’s company. It is the most personal space in your home. You make love to your wife there. Her scent is fused into those pillows.

When a woman finds out that her husband not only had an affair, but used their bedroom as his lust lair, she will take it as a direct insult to her being. It’s a breach of trust and about the most mean-spirited and insensitive thing a man can do to his wife. A marriage can survive an affair, but an affair in the matrimonial bed is unforgivable.