The attackers, who are believed to be seven in number allegedly struck about 30 minutes after the DP had left his home.

Reports indicate the incident happened after the Deputy President left for Kitale where he will be holding a political rally.

The DP’s home has since been cordoned off and Recce Squad officers have been deployed.

The media and public have been barred to about 500metres from the home and Rift Valley Regional Coordinator and Uasin Gishu County Commander are on scene. 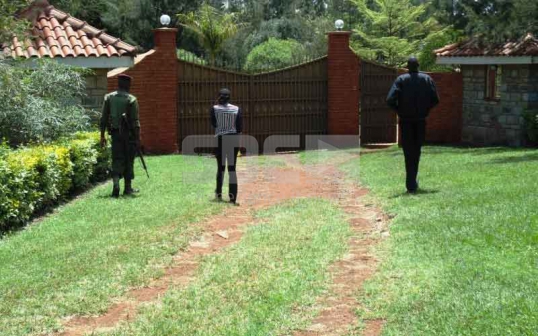 Marriage on rocks: Many women just want a child, not a man
Lifestyle
By Peter Muiruri
5h ago
Tems becomes first Nigerian to be nominated for an Oscar
News
By Kirsten Kanja
5h ago
Japan launches whale meat vending machines to promote sales
News
By AP
6h ago
Jay Leno breaks bones in motorcycle wreck months after fire
News
By AP
6h ago
Social Media, the necessary evil?
News
By Jacqueline Mahugu
Jan. 27, 2023
.