Man sinks parents’ BMW gift because he wanted a Jaguar instead 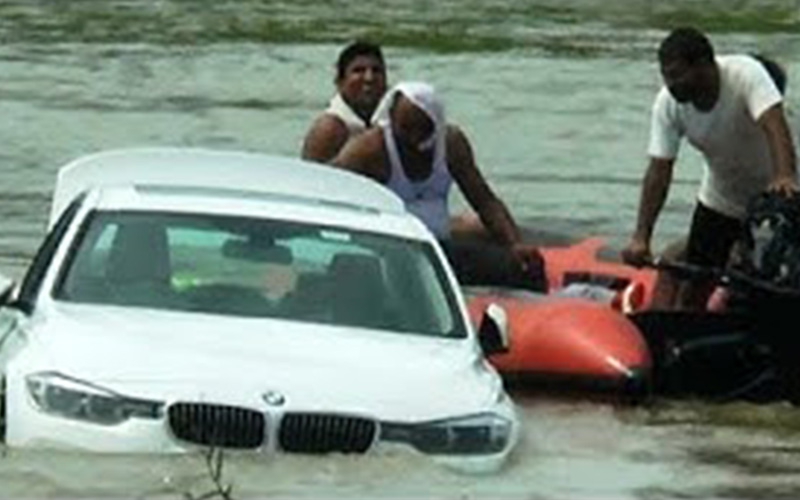 Footage shows a group of men with ropes trying to pull the vehicle back on land.

Do you always get the gifts you wish for on your birthdays? A man in India was not too impressed by his parents’ ‘cheap’ gift and ended up destroying it.

In a video shared on social media, the man, identified by India Today as Akash destroyed a BMW gifted to him by his parents because he wanted a Jaguar instead.

Akash pushed the new vehicle into a river and dramatic footage shot on Friday shows the white BMW drifting down the river in Haryana, Northern India.

"When the youth was plunging the high-end BMW car into the river, he also made a video and put it on social media,” a police official was quoted by the Indo-Asian News Service.

The vehicle later got stuck on a lump of grass before the 22-year-old tried retrieving it in futility. Footage shows a group of men with ropes trying to pull the vehicle back on land.

The Deccan Herald reported that no charges have been filed against Akash, with officials claiming he has a ‘mental deficiency’ and is currently undergoing treatment.

“Akash was unhappy with his father for not buying him (a) Jaguar. He deliberately pushed (the) luxury vehicle BMW into the river,” a police report said.

According to BBC, BMWs cost around Sh4.9 million while Jaguars go for Sh6 million.