The true implication of a handshake

By Ferdinand Mwongela | 7 years ago 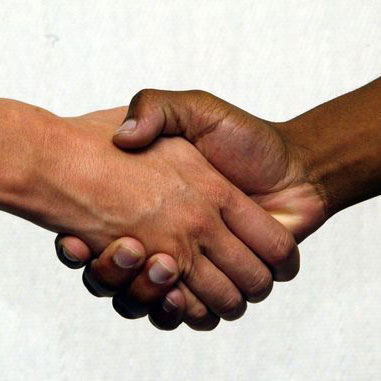 Many, since Juliet, a character in William Shakespeare’s Romeo and Juliet have wondered what is in a name. In the scene set in Capulet’s orchard, Juliet captured it in that classic quote: “What’s in a name? That which we call a rose by any other name would smell as sweet.”

In the bit that few people quote, she says: “’Tis but thy name that is my enemy.” This is not a lesson in Elizabethan literature, but have you ever wondered what is in a handshake? Many attach a premium to it.

Newspapers go wild when Russian President Vladimir Putin approaches US President Barack Obama, hoping for that elusive handshake that would say everything is alright, despite the grandstanding.

Many remember that famous handshake on the steps of Harambee House in 2008 between former President Kibaki and former Prime Minister Raila Odinga.

The handshake that analysts would say caused the country to pause in the middle of slaughtering each other. With Kofi Anan looking on, the two shook hands and smiled for the cameras.

Watching on a TV kilometres away, the moment was magical.

Though by no means as significant as Kibaki’s handshake with Raila in those dark days, I was reminded of this last week when the president’s media handlers released images of a stern President Uhuru standing between Lands, Housing and Urban Settlement Cabinet Secretary Charity Ngilu and National Land Commission Chair Muhammad Swazuri.

Ngilu had what could pass for a cheeky look. Understandably so as she has seemed to be getting the better of Swazuri in the tug of war to control land issues.

When it comes to political maneuvering, many would admit the NLC chair was out of his depth. Swazuri looked straight ahead, with lips pursed together, probably hoping for the best. Standing in the middle, Uhuru looked like an angry parent trying to solve a feud.

The scene brought to mind memories of a parent mediating between his two children after they went after each other in the mud, not uncommon as we grew up.

A few stern words later, we would promise to stop feuding only to go at each other’s throats the minute the old man’s back was turned.

One hopes the peace at Ardhi House will last longer than those truces did in the playing fields, or more often than not in the middle of a maize shamba, destroying the fragile plants as the wrestling continued.