The tale of bedwetting husbands and wives

By David Odongo | 7 years ago 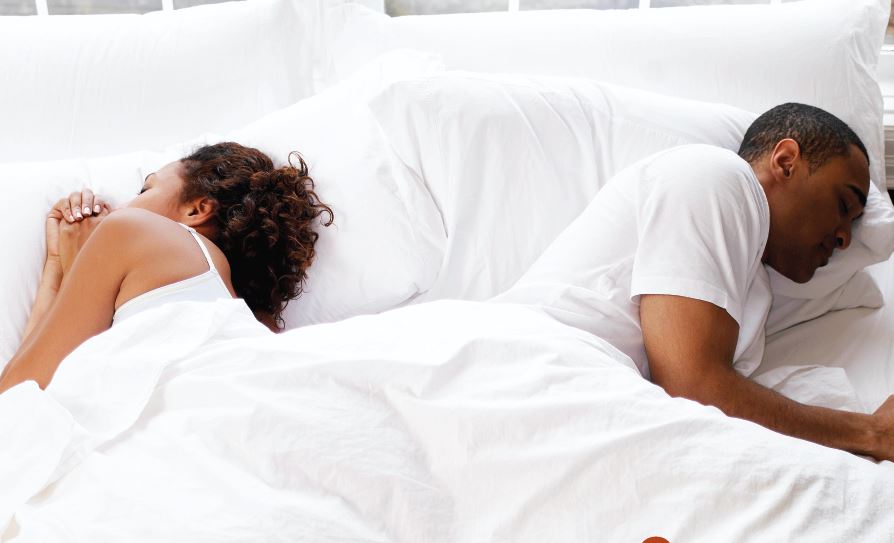 Shock on you if you thought bedwetting is a preserve of children. A peek into some Kenyan bedrooms will surprise you. Some grown-ups who sleep like babies or rocks (nothing wakes them up), whenever they drink too much tea, coffee or alcohol before going to bed, actually wet their beds!

Boyfriends and girlfriends have dumped each other over bedwetting. Some adults who wet their beds play safe, only for their partners to discover they do so much later in marriage, when it is too little too late; after the dowry has been paid and they have brought forth children.

In some cases, things get ugly, forcing their spouses to put in place strange coping mechanisms. Some sleep in separate beds, others have invested in mackintosh (waterproof) mattress covers, others are forced to put on diapers by their boyfriends/girlfriends and spouses, and some men have even married second wives, after discovering their first wives wet their beds.

Bedwetting among adults is a top secret that is discussed in hushed tones or better still, never revealed. Some spouses die keeping this secret. It is a secret guarded by all means necessary. For instance, a whacky tale is told of a child who confronted her bedwetting parent, after she got fed up with her mother using her as a scapegoat while airing the bedding.

It was very common to hear her mother, in a bid to avoid suspicion, loudly complain to all and sundry about how fed up she was with her kid who always wet her bed.

“Mummy mimi sijasusu leo, ni wewe, unafikiria sijui? (I did not wet the bed. It is you who did. You think I don’t know?” the child innocently replied, rather loudly, of course at the chagrin of her squirming mother who yelled at her to shut up. Meanwhile, neighbours were in stitches, as they desperately cupped their mouths with their hands in embarrassment.

It later emerged that it was her husband who used to wet the bed.

Yet another story is told of a grown-up man who used to wet his bed and his wife had kept it as a top secret, until he met his waterloo while sharing bedding at night with fellow men at a function. The incident happened during an initiation ceremony some time back in western Kenya.

The first-born son to the couple had gone for a circumcision ceremony. And since the man’s traditions required to join the village elders for the mandatory age-set get-together ceremony before the end of the initiation, there was no way he could skip it. At the ceremony, they ate and drank to their fill.

At night, the man was reluctant to sleep, seeing as they were to share bedding with fellow men. But when he did, his fellow old men woke up the following morning soaked in urine.

This, of course, was a scandal. When asked why he had caused such an embarrassment, he quickly apologised, claiming he had not done so to annoy fellow elders. He said it was a once-in-a-while problem he had, whenever he over indulged in drinks before bedtime.

He regretted it happened on such a special day. He even claimed his wife would attest to the fact that he occasionally used to wet the bed. The elders summoned his wife and she indeed confirmed the man had been wetting the bed once in a while. She said it was a secret they had been keeping. Other than being banished from his age set, the man was fined several  bags of millet and a whole herd of sheep.

Elsewhere, a renowned journalist who requested anonymity told this writer he has a 42-year-old female cousin who still wets her matrimonial bed. He revealed that her husband, during their honeymoon, beat up the woman. But why would a couple that just had a big church wedding fight while on their honeymoon?

“It is said she peed in bed on the first night she spent with her husband. Her husband got so angry that he slapped her severally. On the second night, she did it again and it was a full-blown war. The man was angry because the woman had never told him she had a bedwetting problem,” says the journalist.

Apparently, the woman was a virgin who had never shared a bed with her man. And the man had no prior knowledge of her bedwetting. She went seeking medical attention and besides treatment, she was told she must cut on her intake of fluids before going to bed. She also  had to regularly empty her bladder at night.

The couple has now been married for more than twenty years. But the man, insisting he had to sleep in a dry bed, married a second wife.

Trevor Omondi is a single man. He lives in Rongai and has a well-paying job. He recounted to Crazy Monday the shock he went through when he picked a woman from a club and took her to his house.

“I had been chatting with her on Facebook for a few days, and we agreed to meet over drinks to ‘know each other better’. We met at a club in Rongai,” he says. At the pub, after a few drinks with the woman, and in the spirit of ‘knowing each other better’, they decided to go to Trevor’s house.

After ‘knowing each other’, the two slept and, as Trevor reports, the night went on well. But when Trevor woke up very early in the morning, intending to ‘know the woman much better’, he was shocked. There was no glory that morning – only shame. When  Trevor moved next to her, he felt a large wet spot on the mattress.

“I cautiously placed my hand on the wet spot and lifted the bedsheets to my nose. What hit my nostrils was the unmistakable stench of urine that had fermented the whole night in my mattress. A wave of nausea hit me, and I jumped out of bed,” says Trevor. Apparently, the woman had drunk too much beer and could neither control her bladder nor stagger to the toilet when the urge to pee hit her. She slept like a log.

“I went to the shower and washed myself clean. Then I came back to the bedroom and poked her using an umbrella. She woke up, looked around and when she saw me standing there with a towel wrapped around my waist, a huge smile came upon her face. I pointed at the wet spot in my mattress and the smile vanished from her face – instantly,” complains Trevor.

He then dressed up without saying a word to the embarrassed woman.

“I left the house, and left the watchman at the gate to our court with strict instructions not to let the woman in my house leave carrying anything apart from her bag,” recalls Trevor. He drove to his brother’s place in Fedha estate and stayed there the whole day, until the watchman sent him a text message saying the woman had left.

“When I went back to my house later in the evening, the woman had washed my sheets and duvet and left them hanging in the clothesline.

My mattress was also propped against the kitchen balcony railing. Even though it was dry, an ugly huge was left on the mattress cover. The biggest shock when I got to my bedroom was that the girl had bought me a new mattress,” says Trevor.

He has never met the girl again, and on Facebook, she ‘unfriended’ and blocked him.

“She would probably have made a good wife had I not embarrassed her in the morning, maybe we were meant to be. But the bedwetting part put a spanner in the works,” muses Trevor.

Since time immemorial, bedwetting has always been associated with children. In the villages, it is common to walk into a homestead and find a few mattresses and threadbare blankets being aired out in the field. But perhaps some of those bedding on clotheslines and on balconies are not soiled by children, but by mothers and fathers. Would you believe that?

Banker Wangui Gacheru says she has never had the opportunity of sleeping next to a man who pees in bed, but recalls such an incident when she was growing up. She overheard a neighbour complain to her mother that her husband at times wets their bed.

“It wasn’t because of alcohol, because even when he didn’t drink beer, he still peed in bed. I think his was a medical condition,” says Gacheru.

Dr Vincent Karuhanga said in some cases, bedwetting among adults is as a result of a medical condition referred to as enuresis. It may be caused by insufficient production of anti-diuretic hormone (ADH) which results in the body producing too much urine hence bedwetting (children have small pituitary glands; so, they produce insufficient ADH and so they wet their beds), genetic predisposition and smaller-than-normal bladders.

Secondary enuresis, on the other hand, may occur, according to Dr Vincent Karuhanga and www.ehow.com, because of diseases such as diabetes.

Diabetes may prevent the body from producing sufficient amounts of ADH.

Other causes include bladder and prostate cancer, anxiety and stress (in rare cases), sleep apnea (this is obstructed sleep and it may make people oversleep so they don’t wake up when they need to urinate), neurological disorders and urinary tract and prostate infections.

Caffeine and alcohol intake, too, may cause this because other than causing an increase in urine production, it makes some people have poor judgment.