Even during their good times, Becky says she received text messages from church members warning her against Pastor Anthony Gatonye Munene.

"Anthony is sleeping with too many girls Becky, he is now with Gloria, having sex and celebrating birthdays with her. Find out and you will know" read one of the texts seen by The Nairobian.

Another text reads: “Anthony is in (the) company of some young girl at his house and he will not allow you in because of her, he has too many girls and he sleeps with tea girls at his office (Bible Society of Kenya), you are too beautiful to be used by fake Pastor.”

Becky says the texts led to mistrust as whenever she confronted him over the texts he would become mad and quarrel.

Other texts followed with one reading “You are so cheated by Antony; he is sleeping with you and worshiping girls and other members of Nairobi West and Rongai. We are trying to help you but you can't see. He does not keep affairs at all. After breaking relationships four times, you must be stupid desperate woman sticking to this man. He had infections because of bad manners".

Contacted by The Nairobian, the Bible Society of Kenya  confirmed that they are aware of Pastor ‘G’ and Becky’s case and action will be taken once there are done with their probe.

"Becky called to report of the same and an action will be taken because Bible Society of Kenya does not condone such things" a senior staff at Bible Society of Kenya responded and added that "I've spoken to her even during the day she was admitted, she later told me she is ready to move on with or without Anthony. However action that will be taken bust heal both sides and be of win-win situation".

A senior member of Pastor G’s family told The Nairobian that they have been praying for Becky after receiving news of her attempted suicide.

"I was shocked to learn that, he had introduced her to the family, even though he had other three women in his life before, but all in all things will be well without anyone losing life" he said. 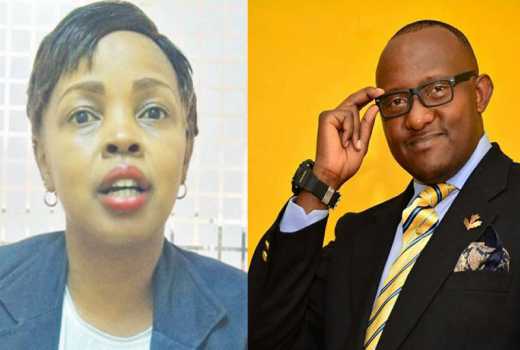