A pastor’s bride-to-be attempted to take her life after accusing her hubby-to-be of swindling, misusing and mentally torturing her.

This according to her suicide note which had their passport photos attached to it.

Pastor Anthony Gatonye Munene commonly known as Pastor ‘G’ of House of Grace Rongai (and part time preacher at its Nairobi West branch) was to wed Becky Gitahi on April 5.

However, three months to their big day, Becky, a manager of a five star hotel, attempted suicide on January 22.

Pastor ‘G’ is a divorced father of two. His former wife is said to have left him with their two kids because of infidelity.

A senior blood relation of Pastor ‘G’ told The Nairobian that he had introduced three other women before. The source further revealed that they were forced to return bride price for one of Pastor G’s women after disagreements.

Becky, it is alleged, decided to cohabit with him and they both introduced each other to family and friends.

But a spanner was thrown into the works when a friend who was visiting Becky found her door open. Becky was in the bedroomed, unconscious. She alerted neighbours who responded, rushing her to the nearby Nairobi Women’s Hospital. She had overdosed herself using high blood pressure tablets.

Beside her bed was a handwritten suicide note with her passport size photo and that of Pastor ‘G’ attached, detailing reasons for taking her life.

The Nairobian obtained a copy that reads in part:

Anthony: I loved you but you did not realise you have caused me pain, your parents are wonderful and I loved them, you have made me choose this direction of dying.

I know Daniel (their son) will be so sad for losing me but all this have been caused by you, Anthony Munene, but I know one day we shall meet in a better place.

I know it hurts but it hurt me more…you may all know what I’ve gone through Anthony Gatonye Munene, but I’ve really suffered.

He even went ahead to swindle me money but it is well…dear good people kindly make sure my child is well. May he grow to be a God fearing and spiritual boy. Till we meet again

Anthony: I shared my money, you swindled my money. I leave it for you. Kindly bury me at Lang’ata next to dad and my brother Patrick…

But Becky did not die. She was discharged from hospital on January 24.

Contacted by The Nairobian, Pastor ‘G’ was not keen to be drawn into the matter, saying his relationship with Becky was done and dusted, a closed chapter.

“Yes I know her, but I don’t want to talk about it, in fact don’t involve me in any of her issues, I’m done with her,” said Pastor ‘G’.

Bishop David Muriithi, the founder of the House of Grace Church, told The Nairobian that Pastor G and Becky were planning to get married but the man of God ended the relationship.

He claims Becky “went berserk because it was Pastor who turned her down. Usually, a broken relationship is better than a broken marriage. Anthony ended the relationship for reasons only known to him,” said Bishop Muriithi, adding that “people move on after breaking up, but (Becky) wants to make it a big deal. She overreacted but I think people ought to get married for good reasons. It is an unfortunate incident.”

But Becky has no qualms explaining how their romance went south, resulting in her attempted suicide.

“We met in late 2016, before we started dating. He shared his past, that he was a divorced, father of two. I accepted him, knowing mine was a new chapter,” she recalled, adding that she was then living in a two bedroomed house at the NHC houses at Nairobi West.

“He was living in Rongai but he moved to my house in February 2017 and I accepted because we were in love and his workplace (Bible Society of Kenya) is not far,” she says.

Everything was falling into place. Becky worshipped at House of Grace, Nairobi West and Anthony was a preacher at its Rongai branch.

Life was good. With time, Pastor ‘G’ convinced her to move to the House of Grace in Rongai. After all, they were planning their wedding. But at some point, he started arriving past midnight and whenever I questioned him he claimed that he was in church with senior pastors, I was worried because we are in the same church and I know what happens.”

Becky decided to support Pastor ‘G’ “because they were in love.

“I decided to rent out my NHC house so that I can use the money to make my son’s dream in Aviation real, I was okay with that. I knew I was getting married to him,” she says.

It was after she moved to Rongai that things began falling apart.

The note read in part, “I’ve found the lady you are dating (Becky), she is beautiful and I can see the comparison between me and her that is why you have been hiding from me”.

Becky also found other women’s clothes in Pastor ‘G’s bedroom, including panties, but when questioned, he claimed they belonged to his niece.

“I think I was blinded because I had given him all my keys, ATM cards and my car but he never gave me his house keys. Whenever he took me to his house, he used to leave me downstairs for some minutes before beckoning me in,” remembers Becky, adding that she raised issues with him including regarding a chain of steamy texts from another woman. Pastor ‘G’ became mad, shouting at her. “

We fought in my son’s presence and he later told him it is part of life for lovers to argue. After Christmas I moved to my house not far away,” she says.

Rubber met the road when Becky suggested they live apart until they got married since his colleagues, who lived around would discover they were cohabiting.

But word still leaked. House of Grace does not allow ‘living in sin’ and Pastor ‘G’ decided to end their relationship.

House of Grace Rongai summoned the couple to iron out their issues on January 21 in front of Pastor Mercy Macharia, the wife of the senior pastor.

Becky recalls that Pastor Macharia “told us to express our concerns. I was broken, tired and devastated. Anthony defended himself that I’ve not been submissive to him, respect him and that I don’t honour him yet he is spiritual man of God.”

Becky says nothing came out of the meeting.

Pastor Macharia told The Nairobian that “Pastor ‘G’ said they’re not getting along well in the relationship and were living in fear of the unknown. But concerning their marriage, the church does not come in much because relationship is between two people” she said.

“We are now concentrating on helping Pastor Anthony to get restored because he is wounded, even spiritually he needs to recover and be the person he used to be before making any other decision.”

But after their meeting, which Becky felt was of no much help, she requested one of the preachers to accompany her to Pastor G’s house to pick her belongings.

On Monday, January 22, she didn’t report to work.

She felt devastated having not slept or eaten.

She had blood pressure tablets and looking at the drugs “I thought of ending my life. I started taking them one by one and counted up to more than ten. I woke up in hospital be.”

By the grace of God, she lived to tell her tale. 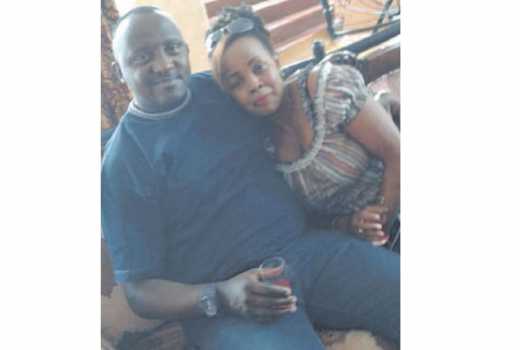