Hustle Gang: How horror road crash that nearly killed me bred my success

By Mwangi Muiruri
1 month ago

On November 23, 1995, Walter Wanjiru then a lorry tout aged 20 years, was in a horrific road accident. Out of the nine in that fateful ride, he was the only one who survived. He now says that the accident served as a wakeup call to make a better life for himself. He narrates his story:

I was optimistic that it would be another normal day as a loader for my uncle’s lorry that supplied building materials in Nairobi. I would earn Sh500 as daily allowance and be paid a monthly salary of Sh12,000. So full of life was I that I had charted my finance growth path into the future where, with disciplined savings, I was sure I would end up in transport business, owning of a fleet of lorries.

But at around 11am, the lorry was involved in a road accident along Kangundo Road. I only remember the lorry ‘flying’. It rolled three times before coming to a rest. When the dust settled, seven lay dead and three others injured, the other two were to later die, which left me as the sole survivor in that accident.

This is the accident that marked my turning point: As the ninth born in a family of 12, my life was difficult. Our mother struggled to fend for the family after our father deserted us.

When I was rescued from the mangled wreck, all I could smell was blood everywhere. I passed out and when I came to, I was in a hospital bed at Kenyatta National Hospital.

READ ALSO: From collecting garbage, I now own a fleet of matatus

My immediate worry was how to get well soon and continue with my ‘makanga’ duties. But it was not to be for a long time. After a week in hospital, it became apparent that my injuries were more serious than everyone thought. I could not feel my legs. I had ‘died’ from the waist down.

A wave of frustration hit me when a doctor said I would be in a wheelchair for the rest of my life. How could I be a ‘makanga’ in a wheelchair? I wondered why God had spared my life in that accident only to end up humiliating me by condemning me to a wheelchair.

After long soul searching, an inner voice urged me to be patient. I realised that I had to create my source of strength. I said a prayer to God: That I truly relied on Him to be merciful to me and do all within that mercy to give me another chance to live. I asked God to at least lessen the degree of my disability, if not healing me fully.

I remained in hospital for six months. We were in a common ward for the severely disabled. But miracles do happen. In the seventh month, of physiotherapy, I felt my left leg. It had regained life! By the time I was discharged from hospital, I could stand on my own, though with a stoop. Determined to walk again, I determinedly abandoned the wheelchair after a month and opted for the crutches and later a walking stick.

Then there were the insurance woes. Only our driver and two of us ‘makangas’ who were in the driver’s cabin were covered by insurance. The rest of the victims were illegal passengers. However, the lorry had no active insurance cover. Pursuing compensation would have put my uncle in trouble, so as the only survivor, I could not pursue a claim.

My uncle, in turn, supported me as I recuperated. He gave me free accommodation and continued to pay me the monthly salary that I used to earn from his employment.

I convalesced for a further two years. I knew menial jobs were out of the question. I decided to go back to school, and four years after I had finished my secondary school education, I enrolled back to Form Three.

I aimed to attain a grade that could take me straight to a university and increase my chances of getting a white-collar job. I again did not do so well. I enrolled for computer studies where I majored in Information Management Systems but had not figured out that even in computer studies, I had to be called upon to carry around hardware components for practical studies as well as turning them around to fit in relevant devices.

I abandoned that line and, in 1999, I enrolled for driving lessons after which, I landed a job as a driver with a company that imported cars through the Port of Mombasa.

My job was picking cars from Mombasa and driving them to the company’s showroom in Nairobi. One such assignment would fetch me Sh5,000. From 2000 to 2008, I did this and learnt how to be an importer too. A successful import would give me a profit as high as Sh200,000. My disability made customers believe in me. But the car dealing business was tough with customers preferring second-hand vehicles.

READ ALSO: At age 16, I was hooked to prostitution, drugs- The story of Alice Mugure

So I researched for a business idea and settled on adding value to cashew nuts. By 2008, I had savings of Sh1.6 million from the car business. From this amount, I set aside Sh40,000 where I bought the produce from farmers and started roasting and packing them for the market.

This was to be my breakthrough. I won a tender to supply the Kenya Defence Forces with cashew nuts. Other customers are nearly all major supermarkets and retail shops and an outlet at in Zimmerman.

I have also ventured into the East African Community market where I have tenders in Rwanda, Tanzania and Uganda.

I have expanded my products to include value-added peanuts and honey. This is a high yield venture where every Sh30 invested mints Sh70 profit. Sh10 covers costs hence being a double return venture. Being disabled exempts me from taxation.

I’m happy I rescued my siblings and mother from abject poverty and buying mum a car. I’m also an employer of 150 people. Today, I am a father to two daughters and a son aged between two and eight years.

Life responds to what you invest in it. You invest in drug abuse; your life reward will be a total mess. Positive thinking and hard work is the key to wading through the murky waters of disillusionment. If I had surrendered to the fate of disability, today I would be just another sad statistic. I refused to go down. 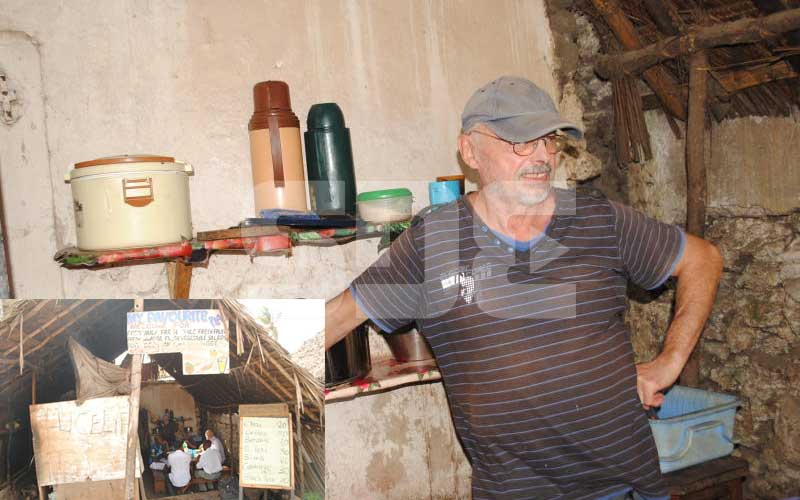 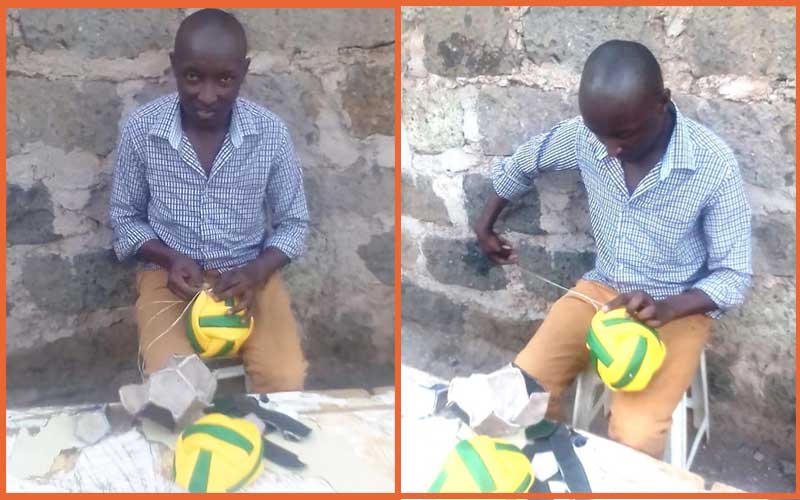