At home with the party: Three events that lived up to the hype this past week

By Salima Muigai
2 weeks ago

The life and the party is what maintains the sanity of many, although there have been recent breaking of rules and individuals wilding during the night, we are still at the mercy of the law.

The Trace Fest live virtual concert brought together top tier artistes in Kenya last Friday. Hosted by the Vybz Radio presenter Sheila Kwambox, the event saw artistes such as Khaligraph Jones, Octopizzo, King Kaka, Fena Gitu, Kagwe Mungai, Jua Cali, Femi One, Sailors, The Kansoul and Ochunglo Family give an outstanding performance that was well-staged, throughout the entire event, which was live through their Facebook and YouTube pages. In partnership with Multichoice Kenya, the reason for the fest was to introduce new content into the market. The house was filled with a buzz of activities from the band to the backup singer. The performance was over the top, the mixture of the new school music from artistes such as Sailors and Ochunglo Family combined with old-timers such as Jua Cali made the concert absolutely unique, a mix of old and new wine.

Truth be told, live streaming can be quite expensive, and Concert Nyumbani TV might just be the solution that Kenyan artistes are looking for. After being dubbed as one of the biggest entertainment event in the Kenyan TV history created by Eugine Mbugua, the first episode, sponsored by the Kenya Film Commission, profiles the leading artists and musicians while appreciating and honouring Kenyans who are sacrificing immensely for the good of others during these hard times. On Sunday, artists such as Bensoul who had started the concert with the renowned song Niombee, and H-Art the band who performed the song Uliza Kiatu and El-Shadai, paved way for creatives such as Jaaziayah Shiraz, Mumbi Macharia and Sitawa Namwalie who gave life to the poetic culture giving insight about the hard times we are living in. According to Cabinet Secretary of ICT, Innovations and Youth Affairs Joe Mucheru, the main reason for supporting the initiative together with the Kenya Film Commission is to ensure that the creative sector continues to grow.

I am Zuchu Concert

In Tanzania, it's business as usual. On Saturday, Wasafi Classic Baby (WCB) managed to put up a thanksgiving concert for the most recent member of the WCB family, Zuchu. The theme of the concert being 'Asante, Nashukuru’ the event was put together for Zuchu as a way of thanking her fans for supporting her since she joined the music industry. The concert took place at Milimani City in Dar es Salaam, with various esteemed actors, renowned artistes and government officials coming out in large numbers to support the Wana hit-maker.

One of Zuchu’s musical icon, Lady Jaydee, performed the song Usiniumize Moyo on stage together with her. Other artistes such as Mbosso, Lavalava and Khadija Khopa managed to do an outstanding performance garnering over 30,000 viewers on YouTube. In the concert, Diamond Platnumz managed to dance with each of his ex-girlfriends such as Wema Sepetu, Hamisa Mobetto and also gave a shout-out to Zari Hassan in absentia. 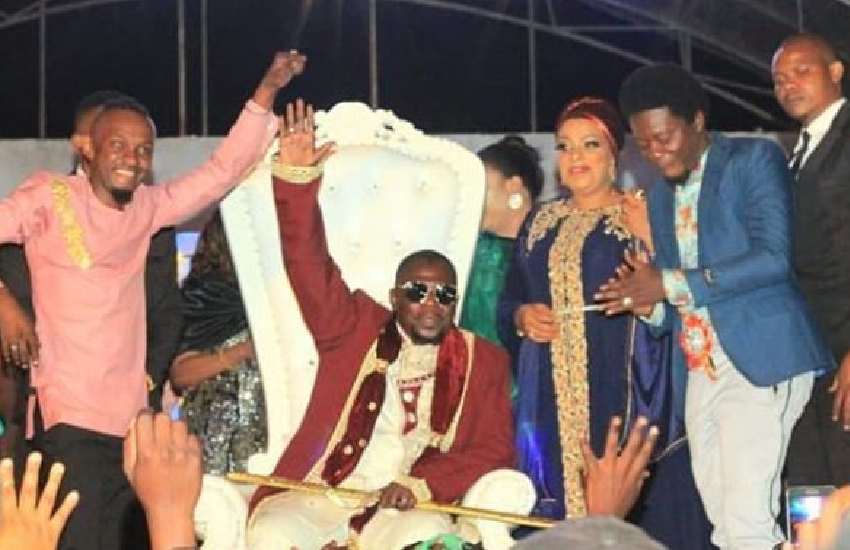 Mzee Yusuf, the ‘King of Taarab’, back on stage after a five-year hiatus
2 days ago