Robin Thicke became an overnight star in 2013 thanks to his collaboration with Pharrell Williams and their hit single, Blurred Lines. The singer - who turned 44 yesterday - has already been working steadily for a decade, writing and producing for the likes of Brandy and Christina Aguilera as well as himself.

But it was the track with Pharrell and T.I that catapulted him into a different league of fame - a move that would prove to be the key to his unravelling.

The song sold 10 million copies and was at number one for a staggering 12 weeks in the US. But as people listened more to the lyrics, which included 'I know you want it', the tide of public opinion changed and it was branded 'misogynistic' and an example of 'toxic masculinity'.

And the backlash against Robin was further fuelled by his raunchy MTV Video Music Awards performance with Miley Cyrus, which became the most tweeted about event in history. Robin later admitted that while he and Pharrell meant no harm with the lyrics, he had lost sight of what was 'appropriate'.

“I had lost perspective on my personal life and my music and what was appropriate... and why I was doing it," Robin - who is the son of TV actors Alan Thicke and Gloria Loring - told the New York Post.

He added: “We had no negative intentions when we made the record, when we made the video. But then it did open up a conversation that needed to be had. And it doesn’t matter what your intentions were when you wrote the song... the people were being negatively affected by it."

And behind the scenes, his life was falling apart. His marriage to actor Paula Patton, who he'd been with for 21 years, was hanging by a thread. And his use of painkillers that he'd original taken for a back injury began to escalate.

"My marriage to Paula was crumbling," he told People magazine. "I started using painkillers. It was a melting pot of trouble brewing, and I was so arrogant that I thought I could handle it all. Everything seemed to burn down there for a few years."

He continued: "That year was a whirlwind of fame, and overindulgence all coming to a head. The painkillers became part of the release. You don't realise you're not in control. Fame and a lot of those things - they got to me. I was in a bad place."

Paula filed for divorce in 2014, and Robin's heartbreak album named after his ex-spouse tanked. His record label had urged him not to release it commercially, and he subsequently admitted he wished he'd 'given it away' for free.

Effectively 'cancelled', he retreated from the spotlight to regroup, only to be hit by a quick succession of devastating tragedies which started with the sudden death of his dad Alan - who played Dr Jason Seaver on Growing Pains - in 2016.

There was a must publicised lawsuit where Marvin Gaye’s estate claimed he and Pharrell had ripped off his 1977 hit, Got to Give It Up. The estate was ultimately awarded £3.6million. Then in November 2018, Robin's home in Malibu burned down in the Woolsey wildfires. He lost everything, including the piano he wrote his first song on.

"I was suffering blow after blow, loss after loss," he told People, but said the devastation was the catalyst he needed to turn everything around.

He added: "I saw the house burning down as a chance for me to step up."

Robin started his revival by signing up as a panelist on the US version of the Masked Singer, and this February he released his first album in seven years, titled On Earth, and in Heaven. Six months after his split from Paula he met fiancée April Love Geary, and after a tragic miscarriage they had daughters Mia, three, Lola, two, and baby son Luca.

Robin is also father to Julian, 10, with ex-wife Paula, and he believes that fatherhood is the one thing that saved him.

"It's about the passing of the torch of my father to me, and the kind of man I want to be," he concluded.

"It's no coincidence I've had three children in the last few years. Fatherhood has fed my soul and brought me back."

The film follows Hassan playing the role of Muthoni, a bookstore manager who is forced to host her witty 11 year old niece. 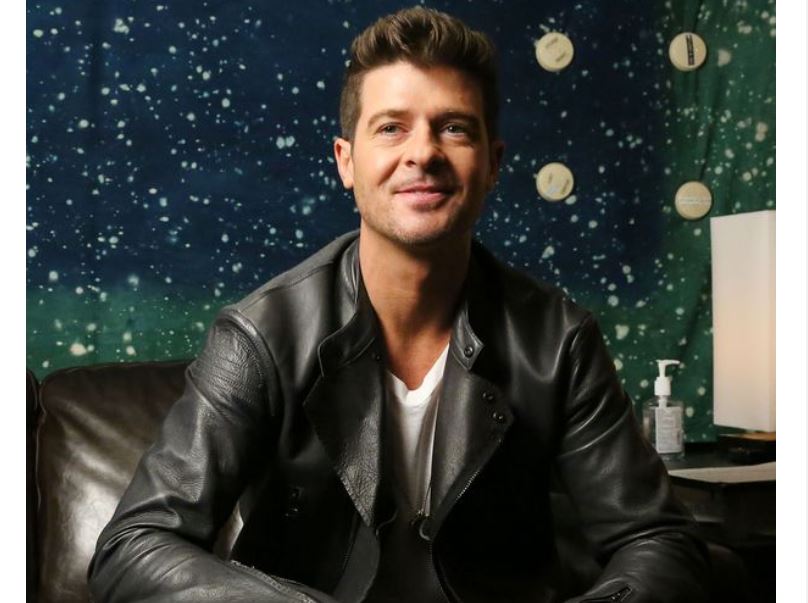