Because the generations that grew up between the 1970s and 1990s had limited access to television, they had only four main sources of entertainment; outdoor games, radio, storytelling by the hearth and reading novels and storybooks depending on their age.

Back then, there were many Kenyan and African writers who kept their readers captivated. Books changed hands routinely, with the more popular titles having longer waiting times. Henry ole Kulet’s Moran no More and To Be a Man were among the most popular novellas for teenagers in my time, competing for attention alongside such thrillers as The Minister’s Daughter, Across the Bridge and A Brief Assignment.

Unlike the racy novellas in the Spear Series published by East African Educational Publishers, which we read for the adrenaline effect, Kulet’s works – published by Longman, which later changed its name to Longhorn – made young people like myself reflect about life.

They made us think seriously about our place in a rapidly changing world and whether we wanted to remain where we found our forebears or we make a conscious decision to charge forward, borrowing from our cultures what was best and worthy while embracing an urbanised, capitalistic and westernised culture even as we disagreed vehemently with its attendant materialism. (Remember this was the point at which teenagers wake up to the reality of social stratification).

This was the moral space in which Kulet found our teenage years. He would draw portraits of young people – and their families – who had embraced the western culture and prospered. Inexplicably, however, this put them at loggerheads with their communities and cultures. Similarly, those who remained true to their traditions, though at peace with their communities and their natural environment, suffered from angst and lacked the fulfilment that one assumed would come naturally to them. In the end, every decision was as difficult as the other, not just for the protagonists in Kulet’s story, but also for his young and impressionable readers.

For me, the image of the young Maasai man in a suit, standing outside a manyatta on the cover of Moran no More was as iconic as it was poignant. It symbolised two sides of life’s coin; the values represented by tradition and culture and those embodied in modernity and western-style education. This is the reality we lived.

Going to school in Nakuru, where incidentally Kulet lived, we grew up seeing modernity in all its shades; the labourers who would ride their bicycles to industrial area, the businessmen who operated from ornate offices, the mama mbogas who fed all these people, the villagers escaping from rural bondage and the children who crisscrossed class lines oblivious of what materialism meant. These are the people that Kulet wrote about, not just in his early novels but also in later works such as his seminal novels, Blossoms of the Savannah and The Elephant Dance.

Although these themes about the clash between cultures and classes have recurred in Kulet’s fiction since he started publishing in the early 1970s, for me – and for many young people of my generation – reading books to help us find our place as young people in a conflicted world wracked by the conflict of African and European cultures was central to our quest to define our identity. And this is why I for one, found Kulet’s books, especially To Become a Man, holding up a mirror through which we could examine our values. Just like Moran No More, To Become a Man was a coming-of-age story.

It helped us to reflect on growing up, establishing our identities and making life-defining choices. The moral dilemmas that the books and their characters presented to us could not have been juiced out of other art forms as succinctly as Kulet did in his novels. Sometimes, although I’m a writer now, I often wonder if the young people of today can reach the emotional highs that such books took us to given their love affairs with mobile phones and obsession with Tik Tok.

Besides inspiring young people to confront life’s motley challenges, Kulet helped budding authors like myself grow the confidence to tackle subjects other than colonialism, which was the pet theme of preceding generations of writers like Ngugi wa Thiong’o. Although he still revisited such subjects as female circumcision – which earlier writers had also tackled – he contextualised his works in a modern setting with urban influences, thus embarking on the departure from the traditional preoccupation of earlier writers. Because of his work, and that of his contemporaries, writers of later generations, such as Margaret Ogola, Stanley Gazemba and others were liberated from having to write only about colonial and post-colonial experiences.

Kulet’s life and mine would later be inexplicably entwined when I started writing books. From being the boy who used to read his novellas, I became the young man who was considered alongside the iconic author for recognition by Kenya’s publishing industry. For instance, his book, Blossoms of the Savannah, now a set book in Kenyan schools, won the Jomo Kenyatta Prize for Literature in 2009. The following year, my novella, Terrorists of the Aberdare, now a study text in two universities, won the Wahome Mutahi Literary Prize.

In 2012, my other novel, Different Colours, again won the Wahome Mutahi Prize and in 2013, Kulet won again won the Jomo Kenyatta Prize with his novel, Vanishing Herds. The literary ping-pong continued in 2016 when I won the Wahome Mutahi Prize for my novella, Angels of the Wild, and the following year, Kulet upped the ante when he again won the Jomo Kenyatta Prize with The Elephant Dance. In the end, he won the Jomo Kenyatta Prize four times, while I won the Wahome Mutahi Prize three times. As a result, we became something of friendly rivals and at one time he invited my then colleague, Julius Sigei, and I to Nakuru, where we spent a day with him talking about writing. For me, this was a high point considering that I used to devour his works as a teenager and at that point, we were engaging as one writer to another.

Of note is that Kulet hailed from Nakuru, just like several other writers who have made a mark in the world of books, such as Elizabeth Kibui and Kinyanjui Kombani – both of them award-winning authors – the late Binyavanga Wainaina and a more recent entrant, Elizabeth Ngumi. Is it something about the water there? Or the fresh breeze Ndundori Forest?

Kulet has left behind a rich legacy as a writer who influenced young readers for over 40 years and whose books were enjoyed in different corners of the world. Some were translated into different languages and studied in schools outside Kenya. He was, in every sense of the word, a cultural icon of his time, a conservationist, a gender equality advocate, a partisan for social progress and a public intellectual. There are two ways to build a nation; through robust infrastructure and an enduring superstructure. Kulet, in his works, made his contribution to building Kenya’s superstructure by shaping the thinking of millions of young people through his works. He was a national treasure and it is gratifying that in his lifetime, he was honoured with a Head of State Commendation when he was awarded the Elder of the Burning Spear: Second Class during Jamhuri Day celebrations on December 12, 2019.

Mbugua is a creative writer and a Partner and Head of Content at House of Romford, a content creation company.

“My work is unique, authentic and personal. It means ‘this is Chep’,” she says 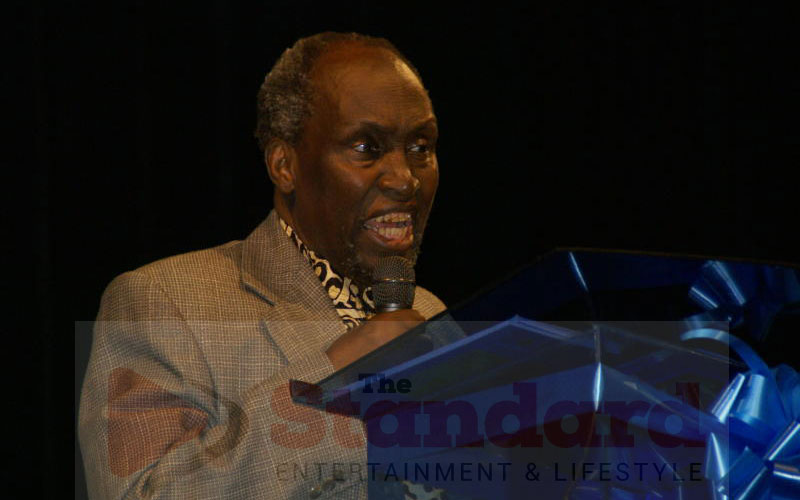 By Joe Ombuor | 6 months ago 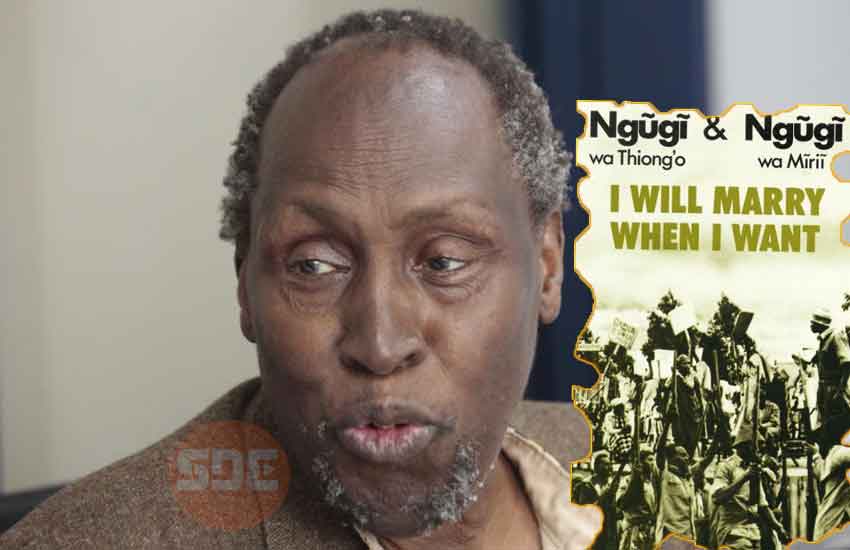 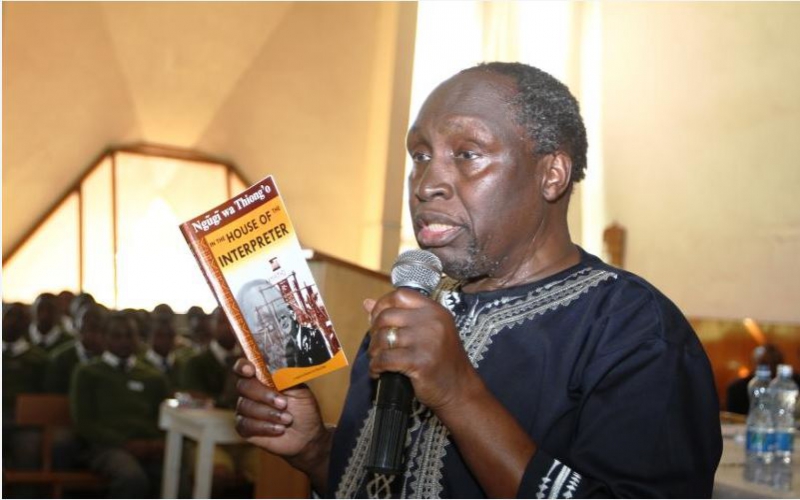 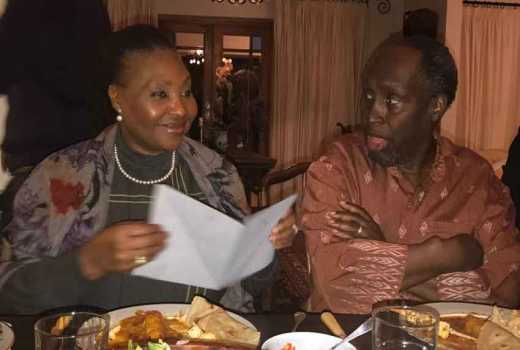 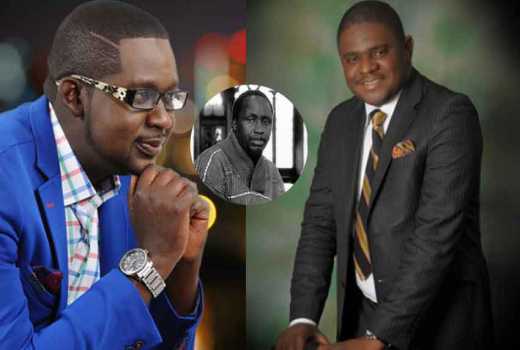 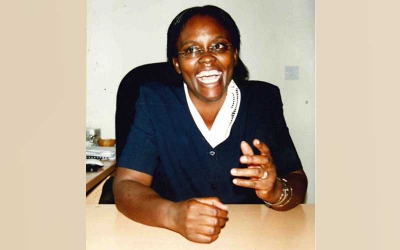 Margaret Ogola: The writer who became a doctor 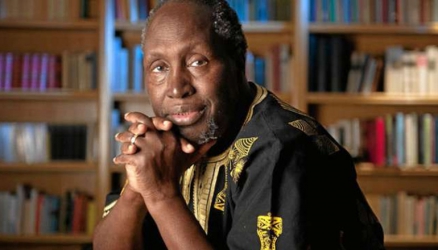 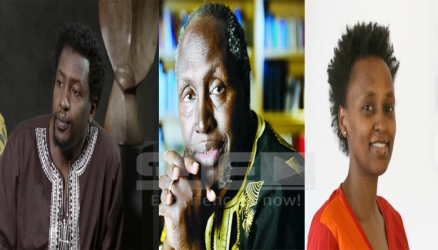