Revealed: The highs and lows from Valentine’s weekend concerts

By Boniface Mithika
7 months ago

From the Love is a Funny Thing gig at Kiza to Koroga Festival and Buju Banton at Hell’s Gate and KICC grounds respectively, here are the highs and lows from the Valentine’s weekend concerts:

Despite the court battles that almost led to this event almost get cancelled, all roads led to Hell’s Gate in Naivasha for the much-anticipated Koroga Festival, Valentine Edition.

The 29th edition that was graced by African stars among them Diamond Platnumz, H_Art the Band and Mike Rua was an amazing out of town experience that hosted over 6,000 attendees. Guests were treated to incredible, panoramic views and landscapes in the park, amazing eats, plenty of adventure and one hell of a show.

The event had a star-studded line-up, which saw Ochungulo Family, Nadia Mukami and Khaligraph Jones put their best foot forward on Friday and on Saturday. Diamond Platnumz, H_Art the Band and Mugithi maestro Mike Rua gave their best; although many felt that Diamond who was headlining the show didn’t live up to expectation. He took to stage well past 11:30pm. His attempt to perform with a live band backfired as most of the time he fell off-key. Besides that, overall, it was an amazing gig.

Dressed in colourful regalia, Reggae die-hards, as they are known, to dress in ‘Rasta’ colours. The Destiny singer thrilled his fans with hit after hit.  There was a surprise appearance by Ugandan politician and artiste Bobi Wine where the two belted out their new single that was recorded in Jamaica last month.

The concert was unique since Kenya was the first country in Africa Buju visited since he left prison a year ago - after serving seven years of a 10-year jail sentence in the US. Buju Banton was praised by many for his efforts to give the best show ever, after performing for three hours straight.

This concert of love was created to bring all loved ones together under one roof in good spirit to celebrate the heritage and pride of our cultures at Uhuru Gardens on Saturday. The first edition of this calibre featured performances from Nigeria’s Kizz Daniel performing alongside King Kaka, Sailors, Ethic, Nadia Mukami, Nigeria’s Slimcase, Uganda’s Big Tril, Tanzania’s Nandy, DJs Kaywise from Nigeria among others.

This is where Rue Baby made her dream come true.  She was star-struck as she met her celebrity crush in person. She whined and twerked against Kizz Daniel on the stage. As the climax Kizz picked up the petite model-cum-influencer.

But not all was well as Kenya’s Afro pop singer Nadia Mukami called out the organisers for discrimination and unfair treatment at the concert. She pointed out that she was mistreated alongside her team and by the time she was getting on stage her energy levels had already dropped out of frustration. And to add an insult to injury her team was denied backstage access, despite having well-labelled tags indicating who they were.

Love is a Funny Thing

At Kiza lounge, Sibane Ballroom, there was live music and comedy experience organised by Taurus Musik. Revellers were fully immersed in the musical fantasy courtesy of a fabulous cast of talented musicians and comedians.

READ ALSO: Size, Dj Mo tell it all, reveal why romance is not everything

Prior to the event, netizens had expressed concerns over the priced tickets. However, DJ Mo came out to clarify that it was a limited edition event as it was meant for those willing to spend on their loved ones. And for the ones who attended they were clearly served more than their bargain. The two lovebirds, Mo and Size 8, showed what keeping flames alive is all about as Mo thirsted on his curvy wife the entire time. 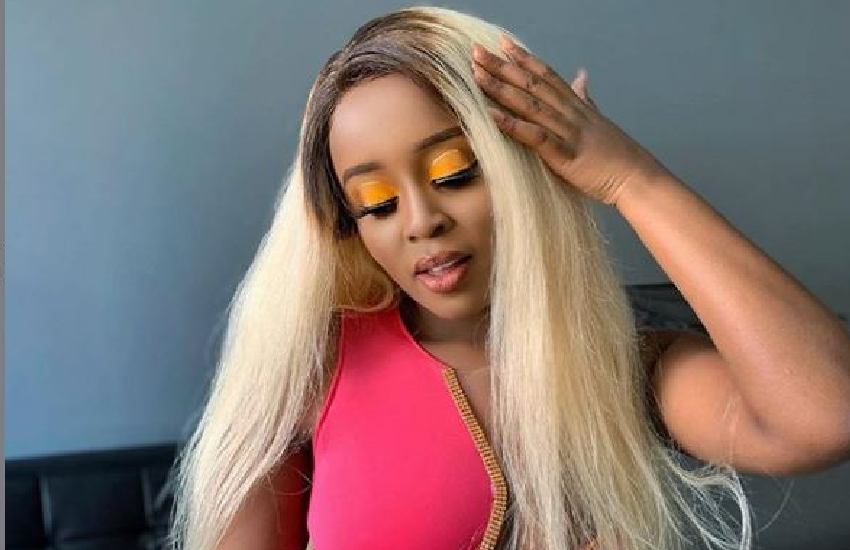 It was hard dancing with Diamond, Zuchu confesses
2 days ago