The craze that was ‘Illuminati’ at the beginning of the last decade and how it got everyone engaged is something one can never be able to wrap their head around. As we debated and fought about it Size 8, Collo and Amani are some of the notable names that saw the light and crossed over to the gospel scene while DNG, Ivlyn Mutua and Kimdanny had their light somehow dimmed and they crossed over to the secular scene.

The internet ‘curse’ and trends

The evolution of mobile phones and its usage has been the most notable change of the decade. The growth of social media and YouTube has given some interesting characters that we follow loudly and some silently. Talk of the trolls and the ‘tea’ being served on our timelines - mostly Instagram and Twitter. The advertising business took a hit for the mainstream because of influencers. Blogging and Vlogging became a thing and now we have ‘content creation’ as a career. For a fraction of the price, a simple hashtag can get you numbers and visibility for a product.

Fashion is now on blog and YouTube channels. If you need styling and do it yourself (DIY) on what to wear on what occasion, then they’ve got you.

The rise, growth and death of online shopping is a thing save for the not-so-funny mishaps that happen.

The evolution of the cab business has been real. Baby bump shoots became a thing. Nowadays before the baby comes we welcome them in advance on social media. Celebs lead the way, we follow religiously and now if you don’t do it you are seen as the outsider. I wonder what stories we will tell our children about the baby bump shoots.

Love is always in the air and we can’t have enough of it. From Moustapha and Maria, Brenda Wairimu and Juliani, Avril and her South African beau, the list goes on and on of the hook-ups and break-ups. What about divorces?

Remember Gloria Muliro and Eric Omba or JB Masanduku and Tina Kaggia? What about Doreen Majala and Gideon Mulyungi? Or the broken engagements like that of Chipukeezy and Viviane Mandera or Eric Omondi and Chantal Grazioli or Martin Kimathi and Sharon K Mwangi?

Kora, Kisima, Nzumari, Mwafaka, Chaguo la Teeniez awards all have one thing in common: they exploded onto the scene, but died with a dud. The long running Groove Awards seems to be headed down that road.

The exception to this rule seems to be the Pulse Music Video Awards, which has been growing steadily.

Musicians don’t have anything to smile about when it comes to music getting them a decent pay. Over the decade, their talents and money have been wasted by the different collective management organisations (CMOs).

Remember Elani’s rant that got everyone talking? What about the Sh2,500 payment by MCSK? This scandal at these CMOs is a clear reflection of where we are at as a country when it comes to earning an honest pay.

The rise of Coke Studio is a welcome reprieve and a platform for local acts as they get a chance to work with international acts. It swims against the tide of shows that came, saw and conked out.

Remember Tusker Project Fame? The jury is still out on East Africa Got Talent though.

What a decade this has been for concerts. At the turn of the decade, international acts would tour Tanzania, Uganda and other African countries and avoid Kenya, but now the story is a bit different.

We must be doing something right to attract them, never mind that the way they treat us is ‘interesting’, especially since we have also neglected our Kenyan acts.

Exit Crunk, enter the Riddims. The dominance was a good one before it paved way for the gospel takeover before some acts spoilt the good name of the image-sensitive genre and made us turn elsewhere.

Did I mention the low-key love for rock, where we even had an all-rock radio station, X FM? Somewhere along the way we had a Nigerian Invasion. So good was their strategy that we even held Naija nights.

To date, some of their artistes can’t go for a full year without visiting the country once or twice. After a brief flirt in the early part of the decade, Bongo music made a great comeback thanks to Diamond and his Wasafi label.

Their dominance was massive and to date their stars count Kenya as their bedrock fan base, probably rivalling their motherland.

Thankfully for Kenyan singers, a new generation of artistes emerged, starting with the ‘Odi dance’ that opened the door for Ethic Entertainment and their release of the Lamba Lolo hit opened a way for other Gengetone artistes and with them on constant replay in our clubs, it seems we are slowly outgrowing our love for Bongo and Naija music.

Groups like Camp Mulla, BMF, Kelele, Cycoz, Saints of Christ, Wadosi, P-Unit and MOG ruled the airwaves. We loved their music but they somehow managed to break our hearts when they went separate ways.

I think Sauti Sol should write a book on how to keep it together. While at it, [email protected], Proff, Kenzo, Qtasi, Amina, Jay A, Xtatic, Bamboo, Kevoh Yout, King Kanja and Dunco all suffered a musical death despite many trials at a comeback, something which only worked for Nyashinski.

He too should write a book or a manual on how to make a comeback. The failure to make a comeback for these artistes also saw labels sucked in the rise and fall of some record labels. Artistes moved from one label to the other, others left and some collapsed. Jomino and Grand Pa ruled the airwaves but have now gone quiet or are near the exit, while EMB records is a shell of its former self.

The decade has been kind to comedy. Churchill became the grandfather of this game with more and more young cats coming through his hands. He has also single-handedly helped grow spoken word poetry. Churchill Show became a mainstay in our living rooms and Sundays were never the same.

The Real House Helps of Kawangware, the one that gave us Njugush, has become a fan favourite and the two represent a large majority of TV shows that have made us forget Vioja Mahakamani and Vitimbi ever existed.

Moves can be tricky at times, but Eric Omondi and Chipukeezy have fared well since their exit from Churchill. Not so for others. Remember Teacher Wanjiku’s failed experiment? The show saw just a solitary episode air and got cancelled.

The antics and made-up beef

Willy Paul and Bahati are the most notable names known for antics.

They represent a big chunk of our artistes who create a scandal and use the media to turn the attention towards themselves, all in a bid to get more eyes on them as they release their latest work.

The battle for supremacy was interesting from who is the richest and the bonafide King of Bling between current Starehe MP Jaguar and Prezzo, to who is the king of rap between Juliani, King Kaka, Khaligraph Jones and Octopizzo.

Remember when Bahati and Willy Paul had a feud on who is the prince of gospel music? Or when female rappers had a go at one another on who was the queen of the mic?

End of careers and comebacks

The bubble burst on presenter Ciku Muiruri of the Busted show and she left radio for good. She is an accomplished author who is never afraid of hawking her book on Twitter.

The queen of radio, Caroline Mutoko, exited the stage and now we are left with some clueless chaps on the airwaves.

Kalekye Mumo and Shaffie Weru also ended their stay on radio. Adelle Onyango came, saw conquered and exited the stage on a high to start her own podcast, which ended last year as one of the most listened to.

Talk of the realignment of shows and the ratings not going up as hoped and others getting sacked but in their defence they left because they wanted growth.

The word socialite became famous. The fights and exchanges on social media gave blogs a field day. We all remember Vera Sidika, the video vixen on P-Unit’s You Guy. This was before the bleaching and the never-ending antics. In came Huddah, Pendo, Risper Faith and this list goes on and on. These acts were so dominant on these streets that they get paid to make appearances at events and clubs.

These socialites became a go-to for crooked money launderers and drug barons as they were used to further business and clean their money as well - one such socialite is cooling her heels in a Ghanaian prison on drug-related offences.

What about never ending hook-ups and break-ups? Is this where Roma says “some marriages are officiated in the bedroom and the break-up happens on Instagram?”

The say that the revolution will not be televised but the socialites wanted to televise theirs and in came the TV show, Nairobi Diaries.

Media houses went on a poaching spree that threatened some stations, but an equilibrium has been achieved. One wonders if the moves tagged along the audiences as well? Radio stations came up and others died.

The surge in the number of TV stations has been a blessing in disguise despite the massive layoffs. The #PlayKenyan music trend targeted stations that filled out rooms with foreign music.

Remember when Kenya won the Singapore 7s series? Our sportspeople continued to be ambassadors representing this country to the outside world better than the appointed ones. After a 15-year wait, we finally made it to the Africa Cup of Nations.

The performances are not what was expected from Harambee Stars, but the stories coming from the build-up to the tournament were discouraging too.

Our athletes continued to show what we are made of despite the antics from athletics officials. Theirs and the story of fellow sportspeople in other fields has been one of an abusive relationship with sports officials that seem not to care about their welfare.

Remember the Rio Olympics and the scandals of funds embezzlement?

From entertaining people to representing them

Some entertainers like Bobi Wine, Professor Jay, Jaguar and KJ started the decade with different occupations but now represent the people in Parliament. However, the others find themselves in a tight spot as they try to keep up with the legacy that Bobi Wine is slowly but steadily building.

The grim reaper was also unforgiving in the past decade. He always strikes at the time we least expect. Shavey, Kantai, Ruhilla Addatia, Big Kev and Samuel Wanjiru are some of the notable names that have exited the scene and may they continue to rest in peace. Last year was particularly painful because it is the one that silenced The Banter after Tony Ngare passed away in the Ethiopian crash on March 10, 2019. 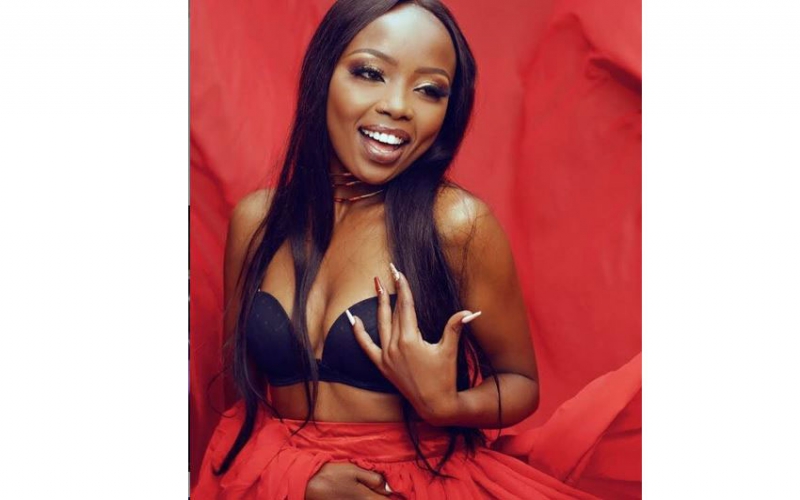 Ivlyn Mutua leaves nothing to imagination in new hit 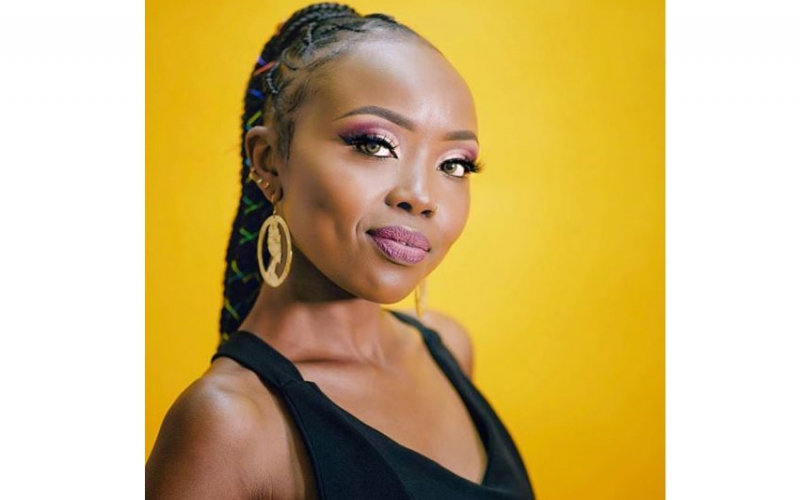 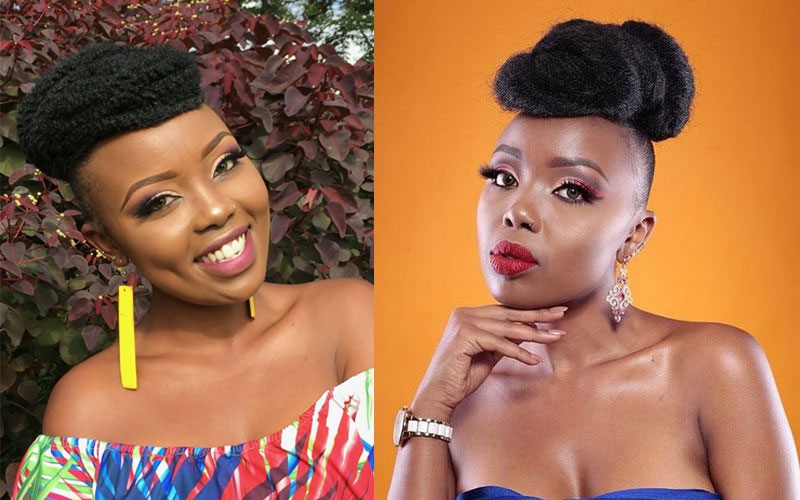 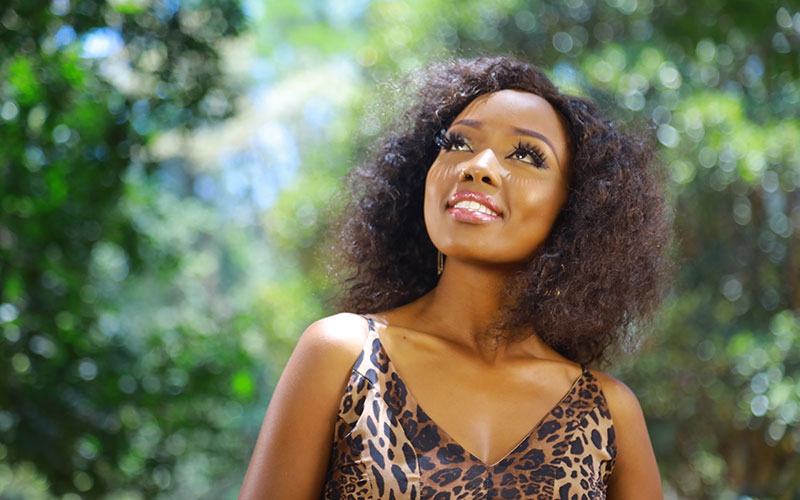