The demise of a celeb: Kenyans mourn the death of TV anchor Ahmed 'Daru' Darwesh 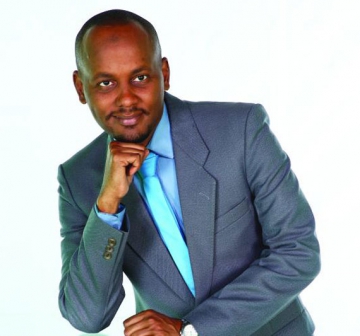 Bishop Wanjiru: Ahmed Darwesh was a brilliant news anchor; may peace and comfort rest upon the family during this difficult time.

Betty Kyallo Okari: Daru my heart is bleeding. I’m so broken. I will miss you so dearly. This is tough, really tough. Always in my heart... I will miss you. I will never forget you. I love you. Sleep with the angels.

Ian Wafula: He interviewed me for my internship @KTNKenya and believed in me. Such humour, inspiration, courage and professionalism. RIP Ahmed Darwesh.

Zubeidah Kananu: I will live to celebrate you bro. You are a hero, you are a wonderful person.... Rest in Peace #AhmedDharwesh.

Naisula Lesuuda: So so sad to learn of the demise of Ahmed Dharwesh. Life is indeed a journey. May God grant his family grace during this difficult time. RIP.

Oyunga Pala: Ahmed Darwesh was a brilliant anchor and calm soul. We will truly miss him. Condolences to his family and colleagues @KTNKenya #ripdarwesh.

Alex Chamwada: So sad, so abrupt. Ahmed Darwesh has left us. #RIPDarwesh. My condolences to family, friends and the KTN team.

Joy Doreen Biira: I wasn’t ready to believe that my dear friend and colleague Ahmed Darwesh has passed on. After going to hospital, it all got real.

Larry Madowo: I’m gutted and heartbroken about Ahmed Darwesh. Rest In Peace my friend. It was a privilege to know you. Shukran.

DJ Sadic: Rest in peace Ahmed Darwesh... So sad. I pray that God will grant his family peace during this difficult time.

Kenzomatata: RIP my brother ...till we meet again....

Maina Kageni: We loved you but God loved you more. Rest In Peace Ahmed Darwesh.

John-Allan Namu: Rest in Peace Daru. Always so kind to everyone you met. We belong to God and to God we shall return. Rest well.

Hassan Juma: RIP my bro, colleague and friend #Ahmed Darwesh. It is painful but we are all on this same journey, the journey to meet our maker.

DJ Mo: Ahmed Dharwesh passes on after fighting with diabetes for a long time –RIP! One of the best Swahili News anchors.

Saddique Shaban: I have cried my heart out today. Nothing prepares you for death. Not even when you are a man of faith. Today, I feel robbed of a friend.

Anto Neosoul: R.I.P #AhmedDarwesh the only time that I met you at KTN, you treated me with so much respect, I was humbled by your humility. Rest baba.

Mwalimu King’ang’i: It’s with great sorrow to learn that KTN Swahili TV Presenter Ahmed Darwesh has passed on. He was found dead on his sofa set in his house. He has been suffering from diabetes. Pole comrade. Good night/RIP till we meet again.

Robert Alai: Ahmed Darwesh of KTN has died quietly on his sofa after suffering for some time from diabetes. He always presented news like a professional and never gave biased opinion. He just did his job. Great guy. Miss him and Njoroge Mwaura. RIPDarwesh

Walter Mongare: He was a great journalist, always jovial and an eloquent speaker. Kenya has lost another great man with a great spirit. RIP Ahmed Darwesh.