Deadly Premonitions: 5 local celebrities who spoke about their death before they passed away 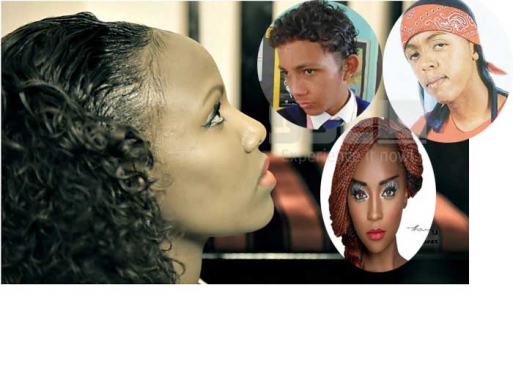 “Life’s journey is not to arrive at the grave safely in a well preserved body, but rather to skid in sideways, totally worn out, shouting ‘HOLY CRAP!!!! WHAT A RIIIDEE....!!’ To lace, red lips and oversized headphones and this amazing ride! ?#‎LifeAccessories ?#‎SetLife ?#‎HOLYCRAPWHATARIDE!!!”

That was actress, singer and photographer Nana Gichuru’s Facebook post about cruising in her new BMW. Little did the actress, who featured in the local series How To Find A Husband, know that exactly 13 days later her BMW would ram into a construction truck, instantly ending her life. News of her death hit many in the acting industry, with an outpouring of grief evident from many who had worked with her.

However, it was her final updates on social media that caught the attention of many.. Exactly three hours and two minutes before the post above, another cryptic post, this time quoting the late American author Jack London - who himself died unexpectedly, some even say accidentally:

“I would rather be ashes than dust! I would rather that my spark should burn out in a brilliant blaze than it should be stifled by dry-rot.

I would rather be a superb meteor, every atom in me in a magnificent glow, than a sleepy and permanent planet. The function of man is to live. Not to exist. I shall not waste my days trying to prolong them. I shall use my time.” We may never know what prompted the bubbly personality to share such posts, but cases where personalities seem to have a premonition of their demise abound.

Twenty-year-old fashion blogger and makeup artist Tionna Lyssah Wangechi, passed on following a ghastly road accident on James Gichuru Road, when she was tossed out of a speeding Toyota Mark X in which she, her best friend rapper Wangechi and yet another friend Tewa were in.

A day prior to the accident, she had recounted on her Tumblr blog, Guilty Conscious, a difficult time in the past where she was suicidal following the death of her parents. “... maybe I should have continued to cut myself.. maybe I should have killed myself when I had the chance, I should have just grown some balls and cut my wrist in peace,” the post read in part.

Previous posts show disturbing photos of a penknife disguised as a lipstick, a stark-naked girl choked with a chain, and yet another being hoisted from a roof with ropes and not to mention the numerous graphic photos.

“...it’s like God is giving me a sign to end my suffering.. to just go and be with my mother... Isn’t death supposed to be peaceful? Isn’t heaven a place to be one with yourself? I’m not sure but I’m curious enough to find out.”

Kelvin Muita was taken in by his grandmother after his parents passed on, but she also died shortly after. He was taken in by his aunt and uncle where,  as he revealed in an interview, he had a hard time paying his fees in high school and buying food. He played Kevin Rost in the high school drama series, Tahidi High. At 20, he succumbed to a chronic asthma attack.

Four days before his demise, he wrote this message to his late aunt; “Death is nothing at all. It does not count. I have only slipped away into the next room.

Nothing has happened. Everything remains exactly as it was. I am I, and you are you, and the old life that we lived so fondly together is untouched, unchanged...” On the second day of February Miss Garissa University, Mary Wachira, updated her Facebook status with lyrics from Anna Kendrick’s song, Cups.

Two days later, she updated yet another lyrical post from One Direction’s, ‘Story Of My Life’:

“And I’ll be gone gone tonight...the ground beneath my feet is open wide #OneDirection”.

Barely two months later she was among the Garissa University students who were killed during the early morning attack by Al Shaabab terrorists.

In 2003, 21-year-old Issah Mmari Wangui better known as E-Sir, met his untimely death in a tragic road accident while returning from a concert he had performed at the Dimples Club in Nakuru alongside Nameless.The lyrics to his song, Hamunitishi, from the album Nimefika, which he had just released, remain something of modern, tragic, folklore.

His death was particularly painful as his career was just taking off.

Globally, Tupac Shakur’s lyrics on his death in songs like Life Goes On were complete with detailed descriptions of his imagined funeral. They preceded his drive-by killing on September 17, 1996.

In the song, ‘Ni**as Done Changed’, which was released posthumously in the same year of his death, he raps: “I been shot and murdered, can’t tell you how it happened word for word, but best believe ni**as gon’ get what they deserve.”

Wangechi - Used to it