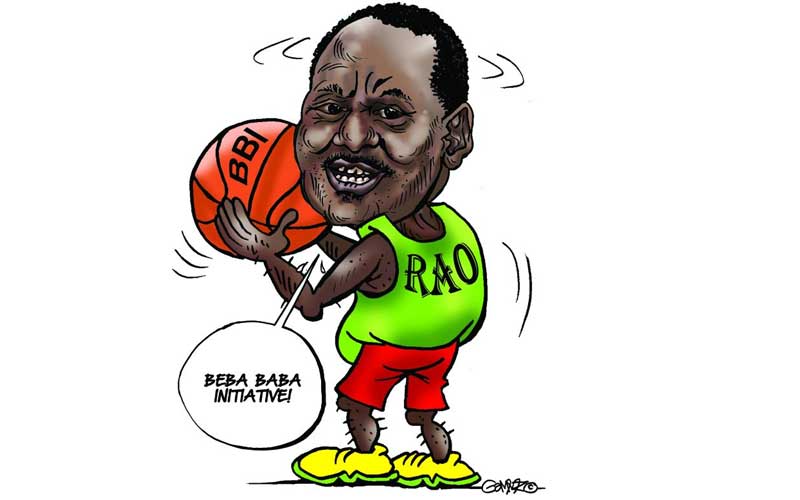 The politicians who misrule us have realised that there is something in the air. After being abandoned by the opposition, wananachi are regrouping. This palpable coming together, if allowed to proceed, has the potential to wipe away the tribal lenses through which the typical Kenyan views politics.

The corruption, land-grabbing and mismanagement has reached such proportions that the political class know they must act.

They are like the mythical toe-nibbling rat: It bites your toe and sucks your blood, but when it realises you might be about to wake up, it blows cool air softly on the wound to lull you back to slumber.

The political powers that be have seen that across Africa, and across the world – from Ethiopia to Hong Kong, Chile to France – the little mwananchi on the streets has had enough of the misdeeds of the mighty.

And the mwananchi has decided to act. Massive protests against oppression, corruption, misrule, dictatorship and political fraud are roiling governments all around the world.

Kenya’s politicians, who know a thing or two about their own survival, have seen the handwriting on the wall.

They realise that, with the country now bled dry, thanks to squandered Chinese loans that must be repaid, and with a growing and very restless youth population that has no jobs and no hopes, the lives and fortunes of corrupt politicians – which is all of them in Kenya – are suddenly looking very dispensable.

And so our politicians are looking to blow some cool air on our wounds. Let's be frank with one another. Our biggest undoing is their idea of burying our heads in the sand when big men mess the country for selfish interests.

The so-called Building Bridges Initiative, the fruit of Uhuru and Raila’s handshake, has produced a report that makes common-sense recommendations that, in another place and at another time, would likely make things better.

This is almost obviously meant for Baba, so as to satisfy his power-hungry mob of supporters.

There are a host of other changes designed to accomplish three things: One, get Raila into some sort of powerful national position; two, maintain the relevance of Uhuru and his vast ethnic base and, three, frustrate William Ruto’s ambitions for presidential power.

Because the objectives of the initiatives are so nakedly political, and the initiatives will thus be implemented – necessarily – in a manner that seeks to first and foremost frustrate Ruto while rewarding Raila, nothing will come of them.

There will be a lot of heat but not much light, lots of action but no movement. It will all cost a heap of taxpayer shillings to while and wend our way through the initiatives.

Tempers will be lost and found again, ethnic clashes might even break out, people will lose their land and the usual nonsense will manifest itself again.

I can sense trouble ahead because the public is not aware of the report's content but are being forced to embrace it. At the end of it all, Kenya will have spent lots of money coming up with a decent report that turns out to be useless because no one has the political will to objectively implement it.

Ten years on, Kenyans will once again get tired of their politicians – and another nice-sounding BBI initiatives report will be cooked up to placate us!

Actually, BBI was meant to tame Raila. So far it has served it's purpose and it anti-climax end without a referendum has buried the handshake. What next for Raila?