Are some people not wired for marriage, kids?

By Crazy Monday team
1 year ago

Many Kenyans get surprised when they hear of a mature, successful unmarried person or one that doesn’t have children.

The governor of central bank, Dr Patrick Ngugi Njoroge, is a case in point. News that he is still single in his 50s shock many Kenyans.

But contrary to popular belief that every grown up has to get married, there are men and women who are just not meant for that concept, or so it seems.

Take Ken’s case, for instance. He is what many would call a serial divorcee. At 46 years of age, all his three marriages have failed.

“However much I try to settle down, my marriages always break down. I have married a record three times. None of them worked out,” the father of five says.

Unwilling to share detailed information of the circumstances under which his marriages break up, he, with a resigned shrug of shoulders, sums it up thus: “Marriage is not meant for me”.

“My first wife took off with my first born son. Efforts to reconcile with her through emissaries and parents proved futile,” he recalls. Unbowed, heartbroken Ken licked his wounds and gave marriage another shot. Unfortunately, again, things fell apart.

“This marriage never lasted. It ended even before we got any child,” he agonises.

Ken took some time to heal and evaluate himself. “There is this widely held notion that for one to be complete, they have to marry. This conviction really nagged my mind,” he says.

Desperate for validation and determined to shed off the ‘failed family man’ tag, he wooed yet another woman. The two fell in love and tied the knot.

“This was the happiest moment of my life. My life was back on track. That someone had accepted me with all my baggage made me feel great and whole again,” he says.

Believe it or not, this marriage, too, fell apart. “We lived together for a while. Three children down the line, but we had irreconcilable differences along the way and divorce was the only option,” he says.

After his painful experiences and streak of bad luck, Ken vowed never to marry again. He claims he is not superstitious, thus doesn’t believe that he could have been cursed or bewitched.

He argues that perhaps he is just not wired for marriage. He, however, says he got over the divorce and is dating, but casually and has no plans to get married.

Tales have been told of women who also can’t settle down.

Some have more than three or four children from different men. In as much as they are enthusiastic about marriage and even try to get into it, it sadly ends in separation or divorce.

This happens despite them having undergone premarital counselling, getting the union blessed and generally putting in place all the safety nets.

Are there people for whom marriage is not meant however much they try to settle down? There could be many others who share Ken’s predicament or even worse.

Kibet* is in his mid-thirties but has never had any serious relationship that he felt could lead to marriage.

“I feel like I am jinxed with love. I am always unlucky with women,” he says. The only time he came close to experiencing marriage was in campus when he cohabited with his then girlfriend for three months.

“It was a terrible experience. It was only fun for first few weeks. I wondered how married people hack it. I was uncomfortable sharing my space, and by the third month I was voluntarily sleeping on the sofa, in the pretense of watching TV till late. The relationship ended on a sad note,” he says, adding that he now has a low opinion of women in general.

Isaac*, who is in his early forties and still unmarried, says marriage and children as the main source of happiness and fulfillment in life is a myth. He says he doesn’t subscribe to this fallacious belief.

“We need to cut serial divorcees and failed family men and women some slack. Marriage is not meant for some of them. Many of them would wish to have great families, but odds seem against them. I don’t believe that for one’s life to be complete they must have someone special to live and get babies with,” says Isaac, adding that he knows many people who just marry to please parents and society.

He says it’s such people who end up being serial divorcees, or sire many children out of wedlock.

Other sources of happiness

“It’s not true that there is some level of understanding, happiness, fulfilment or even emotional support which human beings can only get from people of the opposite gender,” he says.

Isaac argues that there are many other valuable types of relationships through which individuals can achieve happiness and satisfaction.

“My passion for sports, for instance, can never be equated to anything else. Not even a wife can provide me the excitement and happiness I get from watching a good rugby or football match. Men and woman are not meant to be everything to one another,” he says.

After a nasty breakup with her baby daddy years back, Virginia* promised herself never to get married. She is 42 years old and a proud single mum.

“I had an unpalatable experience with a man who impregnated me while at the university. He denied responsibility for the pregnancy and ever since, I have never entertained the thought of settling down,” says Virginia.

Virginia says she is happy being single and believes same happiness can never be guaranteed in a marriage.

“Being unmarried provides me freedom and ‘me time’. This lifestyle offers me an opportunity to make mistakes and learn from them. I do this without worrying about the effects of my behaviour, weakness and mistakes will affect my partner. I know myself and highly suspect I would be more miserable if I got married,” she says.

Virginia adds: “My lifestyle has nothing to do with being selfish. Marriage has a way of ‘imprisoning’ people or even stopping personal development. I have seen women whose higher education dreams and careers come to an end after getting married. In marriage, women tend to depend on their men for happiness.”

Interesting to note is that there are people who derive fulfilment from their careers and hobbies more than they would from romantic relationships and marriage.

To them, perhaps, giving back to society doesn’t necessarily has to be through giving birth to children. They see marriage as a distraction of sorts.

To such types, marriage is an enormous responsibility that would require a lot of dedication at the expense of their manifest pursuits and endeavours.

Could it be true that some of the very talented people draw inspiration from solitude? Does the noise of wailing children and nagging wives lower the productivity of such men so much that they keep off marriage? Could staying away from marriage have, for instance, contributed to their immense success?

Meanwhile, other people are just not interested in children and getting partners who equally don’t need children is difficult.

Take media personality, Sheila Mwanyiga for instance. She was quoted in a local daily a decade ago, saying she doesn’t like kids and doesn’t intend to have any.

Perhaps, Kenyans should admit marriage and children are not meant for everyone and let unmarried people be. Why it is un-African to propose while kneeling – actors Pete Edochie, Kanayo
1 month ago 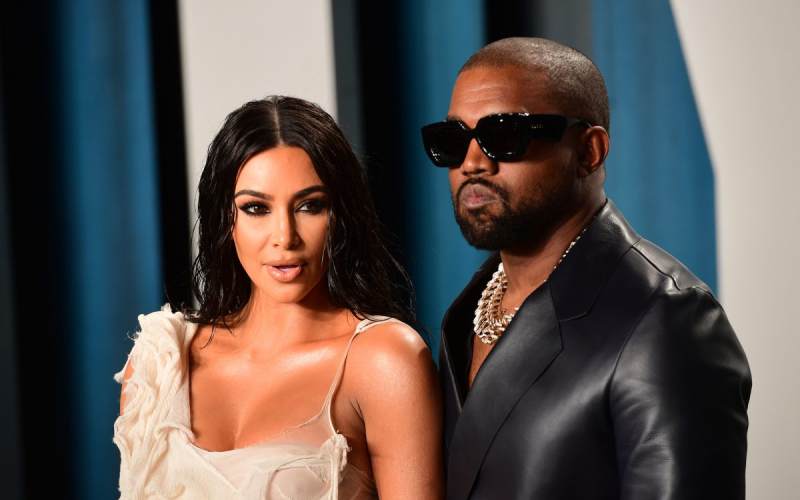