Rejection: How crazy some men become when turned down

By Nduku Muema
1 year ago

In a recent incident of rape at a rural outpost in Busia County, an NGO reported that the suspect’s sexual advances to the victim had been rejected.

The report further said that the suspect later confessed that he had subjected the victim to the ordeal as “punishment” for bruising his ego.

But as it turns out, this is not an isolated incident. Cases of spurned-lovers-turned-killers, too, are common across the country. These, however, are extreme scenarios.

Ordinarily, when their advances are rejected, most men respond aggressively.

When they are not insulting or defaming the woman in question, they do anything and everything to hurt her, either physically or her feelings. Tales have, for instance, been told of men who play spoiler for such women, spreading malicious lies about them. Or even harm the men who get lucky with her.

In rural areas, some men would tarnish such women’s name, sensationally claiming they practice witchcraft or consult withdoctors or are from a family with night running genes!

Others will claim she is smelly or has bad breath or has the so-called ‘red thigh’, making any man who romantically gets involved with her to die mysteriously.

Take this scenario: It is at a party where alcohol is flowing like River Nile or at just another social gathering, like in a club set-up.

A man who is lazily drinking with his three or four friends notices a woman whom he finds attractive.

Our man, let’s call him Dick, attempts to catch the woman’s attention. A wink here, a smile there, probably even sending a waiter to get her a drink on his bill, among other gestures.

Later on, Dick gathers all his courage and walks over to where the woman is seated. He introduces himself.

Small talk ensues, chuckles here and there, a little blushing and face lighting and then he asks for her phone number. Then... boom, she bluntly says “NO”.

How our Dick decides to react depends on a lot of things. He may choose to walk away. He may feel satisfied with himself for trying. Or he could react aggressively, calling the woman a name or worse, assaulting her.

Well, the first thing that comes to anyone’s mind after being rejected is anger, despair and sadness or even shock.

But why are men so quick to express their displeasure in such robust ways?

According to Francis Omondi, a city-based psychotherapist, being rejected is one of humans’ deepest fears.

“We all yearn to belong somewhere, be it in a family, a social class, job type or certain types of friends, etc. So when rejected, we feel unattractive, unlovable, unqualified or of little or no value,” says the psychologist, adding that when these feelings crowd our minds, we are likely to go crazy.

While warning women to be gracious and tactful when rejecting men, the expert says men not only love winning all the time, they are socialised to be winners.

He adds that being beaten by fellow men is bad for most men. But it’s even worse to lose to a woman; whatever the area, dating or sports. 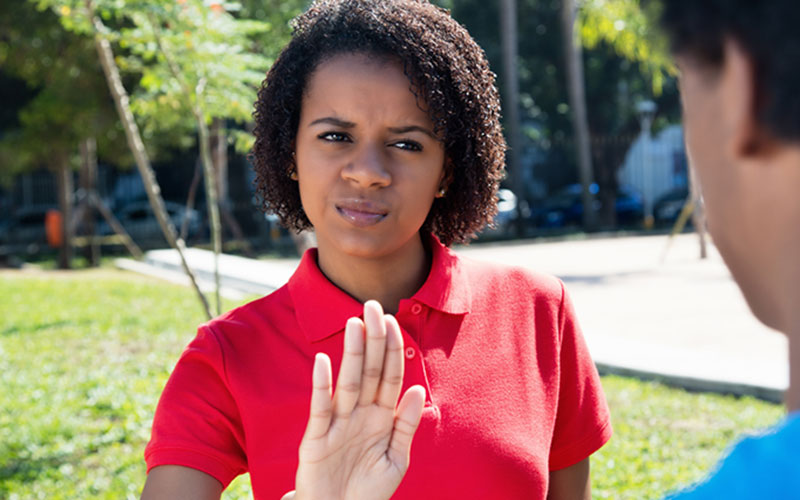 “So when their advances are rejected, men feel like their masculinity is being threatened or are being told they are not good enough. Seeing as they are not socialised on how to cope with losing, the only option is anger,” he says.

Crazy Monday tried to find out some of the weird experiences women have had for rejecting men and why such characters respond that way.

For a certain Caroline, a practising lawyer in Nairobi, there is nothing she is yet to see from a rejected man.

This is after her ex-boyfriend of three years showed her all the drama in the world when she decided to move on from a violent relationship.

“My relationship was straight from hell. I still wonder how I survived the violence for three straight years. My then boyfriend was abusive in all the forms of the word- emotionally, physically, name it,” she says.

Caroline says: “I was in and out of this toxic thing I am avoiding to call a relationship. My friends urged me to leave until they got tired and let me, or rather us, be”.

She says the day she decided enough was enough and moved on, that was the beginning of her hell.

“He started stalking me, monitoring my movements, secretly following me from my work place (as I learnt later) and tapping my phone conversations. I was living like a serious crime convict,” she narrates.

She explains that she one day left the office in the company of a male friend with whom she lived in the same general direction, unaware that her ex was tracking them.

“We got home, had a small chit chat and played with my two-year-old son, then the friend left. I was preparing my son for bed, changed his diapers and went out through the back door to put out the soiled one,” she narrates.

Out of nowhere, someone jumped in over her backyard wall and punched her. The intruder turned out to be her ex-boyfriend. He dragged her into the house and beat her up in front of her son and house help.

He claimed she had left him so she could perfect her whoring ways. The matter ended up becoming a police case, but the man bribed his way out.

Many other horrible cases abound. As for one Sharon, an accountant, she once got fired from her job for turning down advances of her supervisor.

“I was dismissed through false accusations over some missing office funds. I was sacked for just saying no, but at least I kept my dignity,” she says.

Festus, a casual labourer, also shared with this writer some observations about a friend who insulted a woman just because she rejected him.

“But my friend is not alone. I know many men who have mistreated women. It is common to hear them claim, without proof, that such women are of loose morals, have procured countless abortions and was deliberately infecting men with HIV, among other unfounded allegations,” he says.

Omondi, the psychotherapist, says men must learn how to lose with dignity. He says this social conditioning of entitlement among men begins early in life and is largely perpetuated by patriarchy.

“Most men are socialised to believe that the best goes to them. Take, for instance, at the dinner table. Some of the best portions are reserved for the man of the house or sons,” he says.

From the above dining table scenario, men, Omondi argues, learn early in life from mothers and later wives, that getting the best of everything in life is natural, especially from a woman.

This mentality is later applied when they are pursuing women.

They believe women cannot and shouldn’t say no to their proposal or show lack of interest in them.

“So when rejected, they express that shock and anger aggressively as a way of punishing the woman, or as a way of restoring their own reputation, after egos are bruised,” he says, adding that men must redefine masculinity and learn the art of negotiation.

He says women react differently to rejection because they are socially conditioned to deal with ‘no’ in a more internal way, with many blaming themselves, rather than their objects of desire.

“Men’s aggressive reaction to rejection is a by-product of an erroneously set societal narrative, with many expected to play pursuers and always win in the end.

Women, on the other hand, take it personally and work on themselves, making them better with every next approach to rejection,” he concludes. 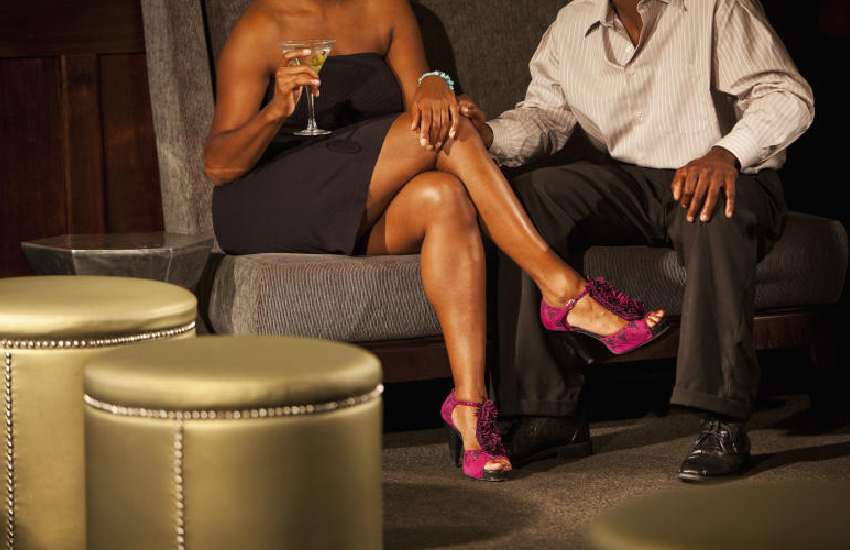 Art of seduction: Ladies, why you can't make a move on a man
2 days ago 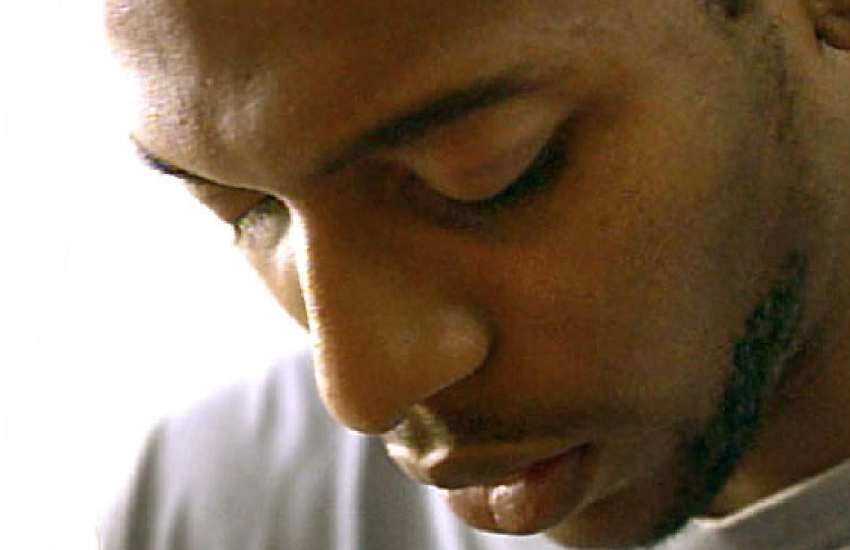 Curse and agony of being a bachelor
2 days ago

When a man won’t commit: Sad tale of broken hearts, dreams
5 days ago