Good acting: How to become a successful Kenyan politician 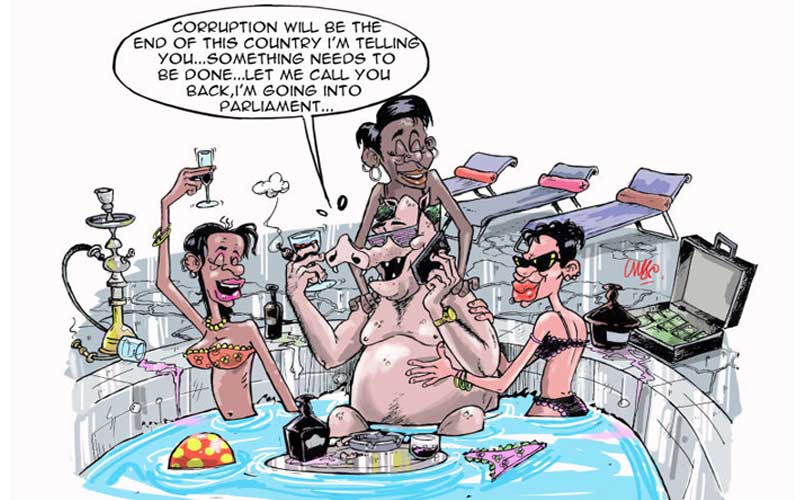 To be a Kenyan politician one has to possess several admirable qualities that will endear you to your people. Like honesty, for example. Kenyan politicians are the most honest bunch of professional thugs I’ve ever seen.

They are frank and will not think twice about speaking their mind on Twitter, where, just like most of us, they will respond to a challenging mwananchi’s tweet with an even more challenging retort.

The response is always worthy of an account deactivation, similar to the entertaining spats that they occasionally have between themselves over something that they are both guilty of.

Clearly, there’s absolutely no shame in standing up for yourself should anyone test you. Like a true politician, you should always be readily armed with some insults and hard-hitting punchlines to throw at your disrespectful people.

A skill you ought to have to be a successful politician is acting. You will not taste the national cake if acting does not come naturally to you. You should be able to put up a convincing act that would give you worldwide recognition and the most coveted awards, and perhaps a life-size statue.

Your acting talent is most necessary as it comes to your rescue when faced with an unpleasant situation. For example, after being involved in a shameful, orchestrated theft of public funds, you will be able to deny your involvement without batting an eyelid.

Like the professional that you are, you will perfectly feign shock and offense at the accusations, perhaps even jump backwards in bemusement and stare at your accusers while frowning and slowly shaking your head in silent confusion.

You will be able to convince everyone of your unquestionable integrity when you offer to go to a police station and write a statement just to prove your innocence.

Firmly staying in character, you will then hold a brief conference where you will express your disgust at the plundering and demand that the thieves be brought to book.

A newspaper column may or may not be necessary, depending on the weight of your scandal – or your acting talent.

It is not enough if you do not have a quirk. It could be a physical movement, or a way of speaking, or a sound you make. Your quirk is especially necessary for mimicry by your people, including comedians, when entertaining themselves by making fun of you.

It is the focal point of your character in the comedy, and so even though no one may be entirely able to imitate your voice, they should be able to copy your quirk, which is the funniest bit anyway. Your fashion sense should not be left behind either.

You must have at least one casual printed shirt in your closet that the whole nation can identify with ease. You must have a short-sleeved suit jacket that you wear on hot days when you go to ask for votes in some dry, neglected village somewhere far away from civilisation.

Or when you go to a retreat in Naivasha after long, busy weeks of looting the economy, and it has to have a checked pattern.

In addition to that, you must have at least one casual, printed shirt in your closet (or even a cap or a hat), either made of silk or kitenge, that the whole nation can identify with ease.

It is neither good nor bad. It is just there. But it should be able to make very good content material for memes if need be. And you should look like you’re fond of that shirt when you mount on a dais in front of a crowd.

Also, it very necessary to learn to hold 54 microphones under your chin, through which you must say several nasty things about your opponent(s) while your friends and fellow politicians stand behind you in solidarity and moral support.

If you do it well, your people, standing under the hot sun, thirsty and hungry and broke, will be cheering you on while waving twigs and fists in the air.

You will know that your rally was a success when your people start insulting each other on your Facebook post(s), and feeling offended by every opinion that is not theirs.

There, in the comments section of your event’s photos, will be a foul atmosphere of animosity as your people will hatefully name each other’s’ mothers while soiling each other’s’ tribes.