Slay-kings: The sad tale of Kenyan women who take loans to sustain their men

By Michire Maina
2 years ago

When Jackie’s relationship ended, she went into depression and had to seek counselling. Everything was fine and she loved him. Things were getting better between them until he started borrowing money.

“He used to borrow money always, from Sh30, 000 to 50,000 every month, which is a lot given my job. There were times I would get loans from the Sacco just to support him,” the Mombasa-based hotelier recalls.

It felt unfair on her part to keep asking to be paid back since he did not earn much from his job and she did not want to feel like she was “letting him down”. That was until she would later learn that the money she gave him often went into entertaining other women.

Jackie is one in a silent army of women with horrifying stories of the extents- often financial- they go to in order to keep men who turn out to be undeserving, afloat.

There has been a lot of hue and cry about the ‘boy child’ and the strain they go through to live up to expectations within society, which sometimes can create pressure especially in a world where the womenfolk are also earning their fair share of income. Unknown to many, there are women who are faring far worse, often to keep up the appearance of a happy couple.

Many keep quiet in order not to bruise their men’s egos, only to come out when things go haywire and even then, with the constant fear of recriminations from their female friends.

“It’s the shame that keeps us quiet; you don’t want your girls asking you questions like ‘Hata wewe Rachel, ulikuwa unafikiria nini? (What were you thinking?) or yaani you were the one ‘breeding’ that man,” Rachel says.

Rachel’s story starts with a sweet-talker she fell for one day when she was out having drinks with friends. He was tall, quiet and seemed very knowledgeable, the kind that always has grand ideas. Within no time, he started spending most of his time at her house. She would take care of all the bills in the home; food, rent, utilities and even pick the tab whenever they went out for a drink- often in the company of his friends.

“He would sometimes disappear for weeks without even bothering to call, then suddenly show up at 3am, drunk. I later learnt that he had another woman who also contributed to his partying lifestyle. Basically, the two of us used to feed him and give him money to go around enjoying his life,” she says.

This legion of women will quietly pay for dates, holidays and nights out with the boys. Many are the times she will give him money in advance, or send it to him through mobile money transfer, so that he looks ‘manly’ when picking the tab. They do this in the hope that someday things will turn around, only that the day never arrives.

They are always told of cheques that keep bouncing, some “biashara” or “biz” that is yet to come through, clients who refuse to pay or some signatory or business partner who is out of the country. In the meantime the good lady continues to bail him out.

Since the man is going through a rough patch, the woman will cheer him up by shopping for him so that they look smart in designer clothes and cologne whenever they step out. She will let him drive her car to his ‘business meetings’ to complete that package of a total man in society.

Josephine remembers being in such a relationship, where she once surrendered her entire salary to her man, so that he could sort out his issues. To her mind, this was a show of trust and openness to this man she so adored. That was the last she heard of him.

It still remains a puzzle why a sober, educated, financially astute self-made woman would give in to these kinds of machinations. What is it that these men possess?

“The funny thing is that he was not even that good where it mattered; I mean, if he is selfish out there, you cannot expect him to be giving in between the sheets, can you?” reveals Angeline, who thinks these men have some spirit-like charm. It is as if they bewitch their girlfriends.

Recently the story of how an entrepreneur and heiress to a business empire had taken out loans for her boyfriend was all over the media. While the amount in question is still in dispute, it is reported that she used her connections and put up expensive properties as security in order to get him the money, in the millions of shillings.

Like the confident tricksters we often read about in novels, these men wear their audacity to levels that would make their old school thinking buddies squirm. Getting their girlfriends to pay rent is common staple.

“I remember loaning my ex-boyfriend Sh70, 000 to pay his rent because his money had been stolen. To date, he has never paid me back,” recalls Lydia.

Jean, another enabler, even went to the extent of paying school fees for her boyfriend’s children after he got into trouble with his baby mama. It became so routine for her to do so that the children’s mother used to liaise with her directly whenever payment was needed for the children.

“He told me he was in a tight spot and I could see how the stress was eating him up whenever his baby mama would call,” she says of the man who would often not bother even to show gratitude every time she came to his rescue. Eventually he disappeared and their relationship broke down before his “biashara” could come through.

“If a man has some undefined “biashara” that he’s doing or one that that is still waiting to pick up from the “politics of last year” be careful because he is going to milk you dry. Those are some of the tell-tale signs that I look out for,” Jossy, who works with an advertising agency, explains.

Irene, on the other hand, looks for the complainers: if a man openly tells you that he hates women who always expect to be bought stuff, run like your life depends on it because it’s a terrible trap.

Then there are those for whom the chickens come home to roost and you find yourself having to bail him out from the police station because he lied to another, less forgiving, person.

Some women who get out of these relationships look back and wonder what “witchcraft” had taken control of them.

“I swore to myself that the only man I will ever spend money on is my son, the rest should as well go to their mothers. I used to support a man yet he used to beat me black and blue,” recalls Wilma, looking and wondering how naïve she must have been.

Lisa recalls how she used to religiously put money in her boyfriend’s pockets every time they would plan to go out and how he would ‘find’ it there and proceed to pay the bills nonchalantly. When they broke up, he even had the audacity to tell her that she will never find another man like him.

Rachel’s ex-boyfriend, too, still comes to her house at ungodly hours, drunk, knocking at the door and swearing that one day she will regret leaving him. He still tells anyone who cares to listen that she is his girlfriend.

According to Bernice, cases of women suffering silently as they support their thankless boyfriends (note; not husbands) are a dime a dozen.

“If you are over the age of 35 years, you definitely have paid for something that is not a birthday present more than once. You may not have paid rent or taken out a loan but if you put together all those small things you paid for without thinking about it, paying rent would probably be much cheaper,” she opines. 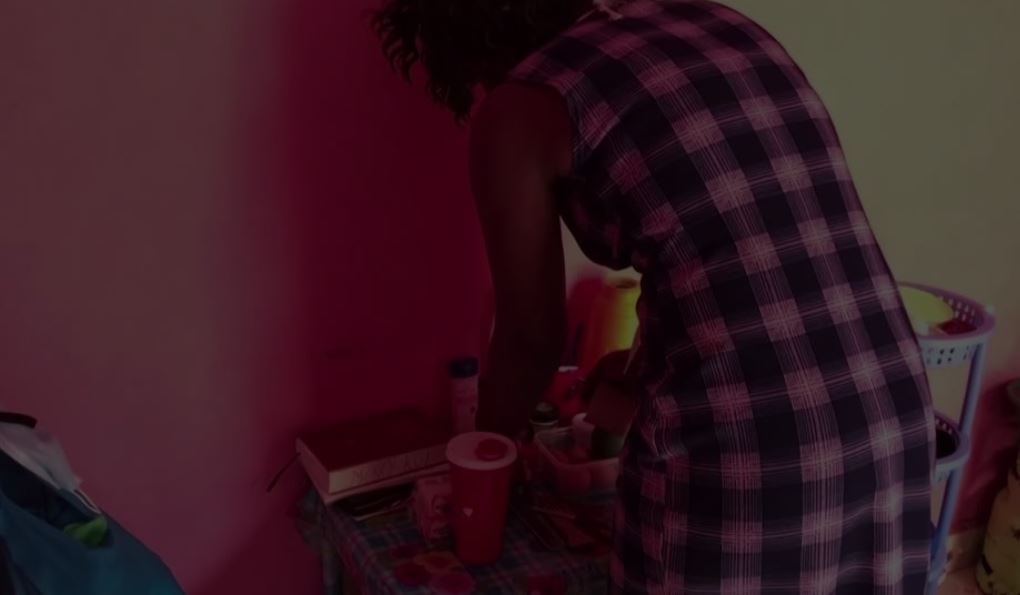