5 phrases that will be most googled in January 2018

By Mark Mutahi
2 years ago 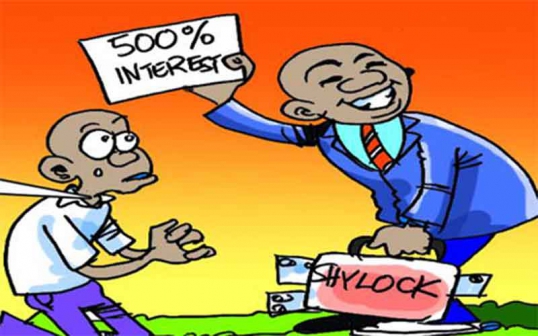 Everything has a price; the festive season though seems to come with a penalty on top of the cost. After all the fun and spending the day of reckoning comes soon enough in the month of January.

Consequently by the end of January, there will be a whole new list of the most googled phrases and terms. Gone will be the searches for chicken, socialites and real celebrities. In their place will be more urgent and pressing matters.

Here’s a rundown of what a significant number of Kenyans are likely to find themselves googling:

1. How to duck creditors

Personal financial advisors are always preaching the importance of living within one’s own means. The problem with living below one’s means though is that your neighbours will think you are poor.

With December being such a financially lustful month taking up debt is irresistible. So when January comes and there’s just no means of paying back, the most important survival tactic one can learn is how to play cat and mouse games with creditors.

2. How to overcome the guilt of breaking New Year resolutions

As the old year gives way to a new one, Kenyans make all kinds of resolutions ranging from quitting habits like drinking, smoking and picking noses in public. They also resolve to take up good habits like eating healthy, exercising and taking selfies with their clothes on.

But resolutions are made to be broken and by the end of the month one of the things most people will be searching for are ways of overcoming the shame and guilt of not sticking to them.

Unfortunately some of the solutions involve the very habits they had resolved to quit like drinking!

3. How to stop yawning at the office in the afternoon

If security were as tight as the budgets are going to be in January, this country would never be vulnerable to terrorism and violent crimes.

That being the case skipping lunch in January is usually not out of religious duty. Consequently, this is the month some will be googling ways of concealing the physical signs of hunger from colleagues lest they become objects of sympathy. And force co-worker to start offering them their office tea to assuage their guilt of not contributing to the national famine relief fund last year.

This is the month when personal financial advisors realise that they could make a huge contribution to preventing deforestation.

Not just by penning newspaper columns offering advice on how to budget for the holidays. And with that being the case, shylocks, pawnshops and online lenders become darlings of search engines.

In the African culture children are considered a gift from God. And in the season of exchanging gifts some might have given or received gifts of future mouths to feed.

But since we are all too sinful to be visited by angels to give us a confirmation of the not so immaculate conception, the only way to be sure is to test with the most reliable kits available.

So there you have it... that’s what citizens of this republic will be googling with the Internet bundles they are using on loan from their mobile network.

But despite all the gloom that accompanies this dreaded month, it should be viewed positively. It is nothing but penance for the trespasses of December.

Hawkers agony: How my sweet words wooed a reluctant customer
1 year ago