The embarrassment of being beaten mercilessly by your landlord

By Mark Mutahi
3 years ago

The problem with party poopers is not that they spoil all the fun; it’s that they are protected by the law. We are limited in the kind of harm we can inflict on them. Remember, killing them is illegal. This was the case with Mambo after the humiliating dinner.

Though working for the landlord was the closest I had come to being a civil servant who just hangs his coat at his desk in the morning and goes to mind his own business for the rest of the working hours, Mambo had come to ruin it all.

Not only was I now required to work for my pay but he was asking for the impossible – blackmailing me to pay for his silence on the third day of a new month knowing very well my money runs out the first three hours after getting paid.

Other things included spreading false rumours about me. The problem is he chose lies that no one would believe. Like saying I was fooling around with women. Who didn’t know that I had taken an involuntary vow of celibacy for economic reasons?!

Mambo, however, went too far when Anita recounted a meeting with him. “I was just talking to Mambo and he was telling me how lazy you are...” Anita told me after arriving at the Day Care Centre from her day job early one afternoon.

I did not let her finish. While I am used to false rumours being spread about me, I cannot stand people spreading the truth about me behind my back! But Mambo was mistaken if he thought I would just sit and watch as he maligned me with the truth. And I knew exactly where to find him.

As I hurried towards the landlord’s flats, all I could think of were all the things I was going to tell Mambo to his face. I was also ready to fight. There was no need to carry a weapon as my knuckles were sufficient.

Residing in one of the most insecure places in the country I have more experience than Mambo, the villager in fighting muggers who have accosted me while staggering home. I would mete out the same treatment I had meted out to petty criminals.

Sensing that he was inside the hovel assigned to me as a room and which fails the standards set by UN Habitat, I did not wait for Mambo to open the door. “Come out here Mambo!” I shouted as I kicked open the door to my hovel where I was sure he was watching TV.

But on the door slamming open I was met by an unfamiliar sight. A gunny bag stuffed with sand was hanging from the roof and Mambo was practising boxing in a tee shirt so tight, his muscles were threatening to tear it. He glanced at me then threw a punch at the bag. It tore and the sand came pouring out.

“Eti unasema?” he said wiping the sweat on his forehead. I glanced sideways and backwards making sure all the exit points were clear. I tried to say something, anything, but no words came out. Knowing very well that cowards enjoy a higher life expectancy than the general population, I let out a weak smile as I slipped out! 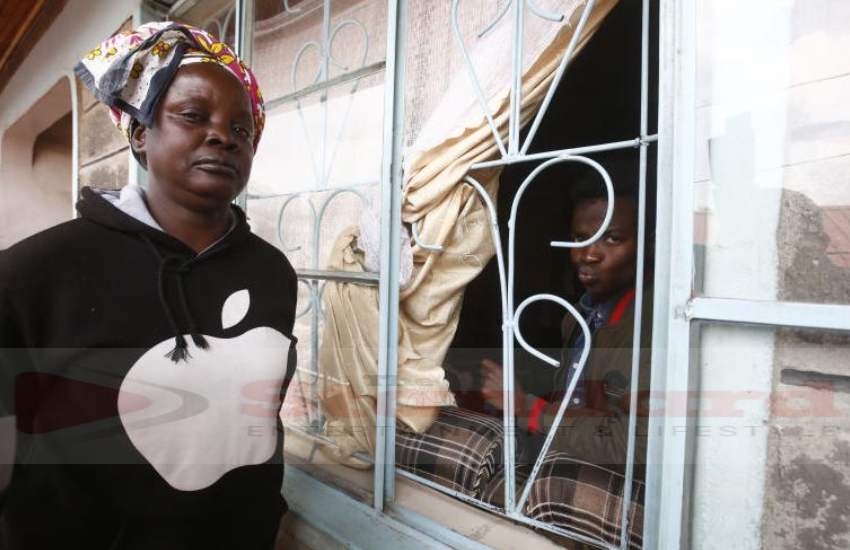