Sex everywhere, except in marital beds 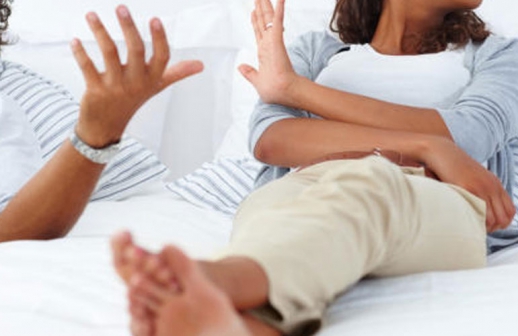 Everywhere you turn, there is a sex scandal. From men of God cheating on their spouses with born-again church members; to married men and women who get busted by their spouses in lodging with their secret lovers.

Tales of husbands ‘hammering’ house girls and wives getting down and dirty with houseboys abound. Just the other day, the Daily Nation splashed a front-page story of how sexually-active teenagers are, and how desperate they are for condoms and contraceptives, with many dismissing the abstinence message as moralistic and impractical.

Put differently and more succinctly, Kenyans are having a lot of sex. However, there is a small problem; almost all of it is illegitimate! The only legitimate intimacy Kenyans are supposed to be having — among married couples — no one seems to be interested in it, or so it seems.

When they are not whining about imaginary ‘headaches’, spouses constantly whine of not being in the mood for intimacy. During courtship, many married types confess that their loins always got on fire by the mere thought of their partners or just hearing their voices over the phone. But after getting into marriage, things seem to have fallen apart and the bedroom ‘cold war’ is now on, with a good number of them itching for secret lovers.

If marital beds would tell tales, they would probably be of how tasteless, boring and routine everything becomes. This problem of sexless marriages knows no bounds. Just the other day a Cabinet Secretary’s wife was in court, seeking divorce from her born-again husband. She claimed one of the main reasons she was seeking to terminate the marriage is because he denies her conjugal rights.

Married women who cannot bring themselves to look for another man to fill the void of sexual neglect have invested in sex toys, which they use to pleasure themselves. Disinterested men no longer boost their libido to fulfill their conjugal responsibilities. Those who go the extra mile, do so to please secret lovers. Small wonder then that a legislator who passed on a while back is believed to have died in the hands of a secret lover, following an overdose of sex-enhancing drugs.

You wonder who is fooling who, because the charade goes on unnoticed and everyone seems happy. As the married man — who is apparently away on a fake business trip — is busy messing around with another man’s wife, his own wife is fooling around with the next-door neighbour.

What’s more, the so-called girls-night outs or chama (investment groups) meetings are no longer innocent as they are thought to be. They are now avenues through which wives satiate their sexual desires. It looks like sex is on high demand but its supply from the socially sactioned quarters is very low.

Curious to know what happens when desire between couples escape through the window, Crazy Monday attempted to find answers. We also tried to find out how tough it is for women — whom unlike men, cheating on their spouses require a lot of caution because the risk seems higher — when they no longer feel wanted.

So if you thought it is only men — who easily lose interest in their partners — who are stuck in such boring marital beds, think again. With the many cases of ‘my husband has not touched me in months or years’, we asked one such victim, Auma, a 36-year-old mother of three, where she thinks the rain began beating her marriage.

“His sparkle began dwindling after the birth of our third son five years ago and (he) stopped touching me a year later. It has been two years and when my nagging and tantrums were met by stark silence, I gave up and has since focused on raising our children,” she said, describing how cold her marital bed is.

She says her husband began bringing office work at home and would sit on his computer until very late. By the time he would join her in bed, she was either dead asleep or bored, angry and tired of waiting.

“He provides and is a good father, he would pay attention to other conversations and we would have family discourse but would switch off when it was about intimacy and I stopped caring,” she says.

But, being a born-again Christian, she has been praying over her issue and hopes her husband will desire her again.

As for a certain Grace, when she got married; her husband would not have enough of her in the first two years of their marriage. “Sometimes, he would sneak from work since we lived near his work place, just so he could come home for a quickie,” says the 42-year-old, with a ting of reminiscing of how good things used to be.

Grace opined that her husband would often shower her with compliments, notice when she had a new hairdo, did her nails or wore a new dress.

“When he looked at me, I read genuine desire in his gaze and my confidence as a woman soared,” she says, adding that intimacy has become a once-in-a while affair and he does it almost with disdain.

But unlike Auma, she has not resigned to a fate of sexless marriage. She says she met a man on Facebook who has been compensating for what she misses at home.

Mwashigadi, who has been married for only two years, says she loathes getting intimate with her husband because she does not feel a connection with him.

The 26-year-old says she married the man because he offered financial stability that any woman wants in a gentleman; but he is older than her by more than a decade and is not exciting.

“I love him in my own way and try to be a good wife, but he does not turn me on sexually and whenever we do it, I fake anything, from the moans to the orgasms,” she opines.

Like Grace she has a man on the side who takes care of her sexual needs. “You will be shocked with what goes on in these marital beds. There are women who enjoy intimacy more with secret lovers than they do with their own husbands,” she says, adding that but for the sake of peace and harmony in the home, such types maintain a facade of happiness and satisfaction to cover their tracks.

Talking to Maurice Matheka, a renowned sex and relationship therapist we discovered marriage is not all about sex. However, the expert is quick to warn that lack of it can lead to things falling apart in the union. “Importance of sex in marriage, especially a young one can’t be gainsaid,” he says.

He argues that part of the problem is that some couples marry for the wrong reasons. “Women go for guys who could facilitate in one way or the other and men marry perhaps because of societal pressure,” he said.

He goes on to add that with such marriages the couples have no psychological bond, necessary for creating friendship within a relationship. “Once they settle in a family setting, they get bored and look for excitement elsewhere,” he said.

He reckons that marriage is just sanctity and that within matrimony there are two human beings who have to be psychologically in tuned and most couples, unfortunately, are not.

“If you do not have a friend in the bedroom then you will seek for alternatives and it is a growing culture,” he said, adding that there are couples who despite being married for decades still have great sex.

The therapist said the sexual chemistry is very important and regularly working on it to ensure the fire keeps burning is key to a happy sex life.

“For woman, when a man does not provide, is physically or mentally abusive or cheats, then she unconsciously detaches from him intimately and for men; a nagging wife or one who is quarrelsome or bring in bed can make him stop making love to her,” expert said.

He added that a couple’s approach to the sensitive issue matters and can make a big difference, saying verbal attacks and demeaning remarks did more harm than good.

As to whether marriages can survive  a cold bedroom, the man of God says it depends with the couple but that it is unlikely.

“Sex is a sensitive matter in marriage. From my experience lack of sex in marriage is a popular recipe for many cases of cheating, separation or divorce I have dealt with,” he says.