By Agencies | 4 years ago 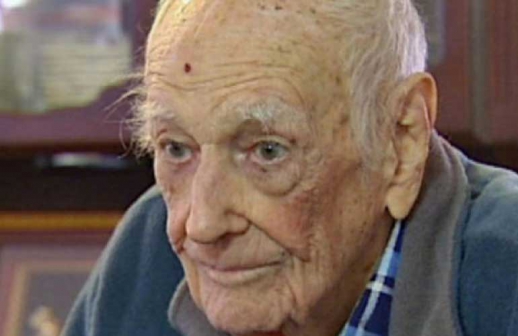 U.S’s ‘Akuku danger’ throws in the towel after siring over 1,300 kids

An 87-year-old former postman, who now makes our very own late Akuku Danger who sired more than 200 children look like an amateur, has been proven to have fathered over 1,300 illegitimate kids after a private investigator hired by a Tennessee family discovered the shocking truth.

Private investigator Sid Roy has gathered thousands of DNA samples and testimonies over a 15-year period proving the man is father to literally thousands of illegitimate children in the region. “Contraception wasn’t popular in those days,” he told local reporters in his defense. “I have nothing to be ashamed of. The 60s were the good old days and I did a great Johnny Cash impression which played out real good with the ladies,” he explained.

“Some even thought I was Johnny Cash for real,” he recalls laughingly. “I don’t know if they really believed it or if they were trying to convince themselves, but who was I to say no to a quickie?” he acknowledged. Roy never could have imagined a simple gig would end up in a 15-year quest for the truth.

“It all started in 2001 when two different men that had nothing to do with each other hired me to trace their biological father. I was astounded after investigation to realise they both originated from the same person. That is when the mystery started unraveling whenever I had free time I’d try and track down other testimonies. Eventually, DNA testing became really cheap and easy to use and helped me gather a lot of information in the latest years,” he acknowledges.

The private investigator, however, says the children of the old man don’t intend to sue the old man. “Most people who are aware of the truth don’t want this information to get out and have given anonymous testimonies,” he explains. “The truth unleashed could break up hundreds or more families and that’s definitely not the point of all these years of research.

All I know is that most people are glad to know the truth and don’t bear grudge against the old man, I guess it was a more common practice in those days,” he says. Although DNA testing and testimonies point out to over 1,300 illegitimate children fathered by the retired postman, Sid Roy believes there could be many more.