Sleeping with the dead: Weird cultures, customs practiced by the Luo 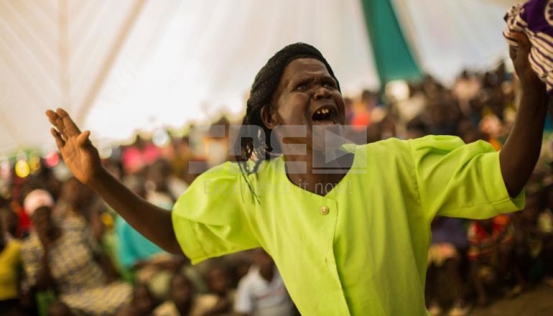 Different communities have what others may consider “strange ways” of doing things. However, people from Nyanza seemingly have some of the most interesting and weirdest of customs and beliefs around.

For instance, ever heard that back in the day customs required widows in the community to sleep in the same room with their dead husbands before burial?

Well, reportedly, this was part of a cleansing ritual to purify such women in readiness for inheritance.

While at it, the widows were expected to experience an odd ‘mandatory dream’ of themselves making love to their dead husbands for one more last time, so as to be considered ‘freed’ and ready to get remarried.

This is just an example of the weird and crazy cultures that used to be practiced in Luoland.

However, this, among other weird cultural practices, have since been done away with by locals due to modernisation and Christianity.

But because old habits die hard, some mild bits of these strange customs are still being practiced, especially in the interior parts of most rural outposts.

No getting married before your older sibling

For instance, in some parts of Luo Nyanza, a woman, however old, can’t get married before her older sister.

Seeing as celibacy is frowned upon by elders and those who try it risk curses or banishment, women of age are forced into marriage.

Joseph Odero, a senior chief and Elder from Suna Migori, says this idea of people being mocked or forced into marriage began long ago.

He says choosy, grown up women who took their sweet time to settle down are bulldozed into arranged marriages to pave way for others.

“Forced marriages were away of easing ‘jam’ for younger ones who were ready and willing to settle down. Oddly, it’s still practiced for the same purpose,” he says.

In some places in Luoland, if a younger sister, perhaps due to whatever circumstances, gets married before her older sister, her dowry can’t be paid to her father.

And in case the man marrying her is ready to pay the bride price and really wants to do it without delay, then he has to pay it to her uncle (preferably her father’s brother). 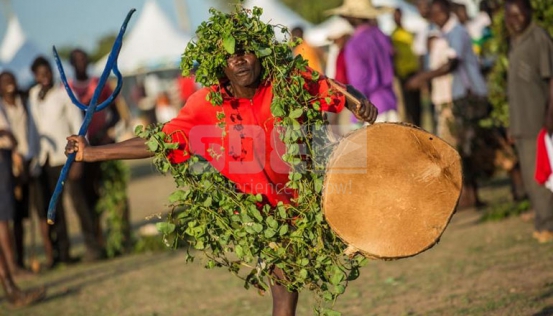 Being of age and unmarried was, and still is, such a big scandal that attracts stigma of sorts in the villages. To save face and rid the village of resulting ridicule, aunties and uncles go into overdrive to ensure such women get husbands pronto.

“These arranged marriages are aimed at ensuring that the older sisters who might not be ‘easy-on-the-eye’ get a chance to settle down before the younger ones. It is important to them because it helps her maintain her stature and respect in the family and village at large,” says Odero.

The downside of this, he says, is that it has made many women get married when they are not ready, just so they can open the way for their younger siblings.

It’s not like men are faring on better. A younger son can’t marry before his older brother. If he ignores tradition, which is very rare, and proceeds to marry, his elder brother can’t eat food cooked by his younger brother’s wife!

“Neither could the two brothers share a meal at the same table,” Odero explains, adding that if it happened and elders got wind of it, a ritual has to be carried out left the families get jinxed.

When a man hangs himself on a tree in certain places in Nyanza, his body is thoroughly canned before it is brought down from the noose. What’s more, the corpse gets buried outside the homestead at a place— referred to as ‘gunda’ — set aside for such and other outcast.

Odero say the corpse of a suicide victim is canned to stop his or her ghosts or evil spirits from roaming back to the home and prompting other people to kill themselves.

“We found this culture taking place. We were warned never to name a child after such deviants,” he says.

A person who commits suicide is buried at night and is not mourned, lest evil spirts haunt the mourners.

On the list of many who get buried away from their fathers’ homesteads as outcasts are unmarried women of age — known as ‘migogo’ — and divorcees who live with their parents.

Odero says most of such individuals can also be buried at their aunt’s place in a low-key burial ceremony.

Special place of sex besides siring and entertainment

Besides siring children and being used for enjoyment, intimacy has a special place among the Luo people.

For instance, when a couple fights and the woman, in a fit of rage, hits her husband with a cooking stick, that is considered a huge taboo that requires administration of special ritual, with the duo being forced to quaff copious amounts of a herbal drink known as ‘manyasi’.

What’s more, after elders solve such a case, they order the couple to engage in mandatory sex to quell tension among them.

We have been told that a mother’s underwear, too, is so much revered in the region that children, especially boys are not allowed to touch it. 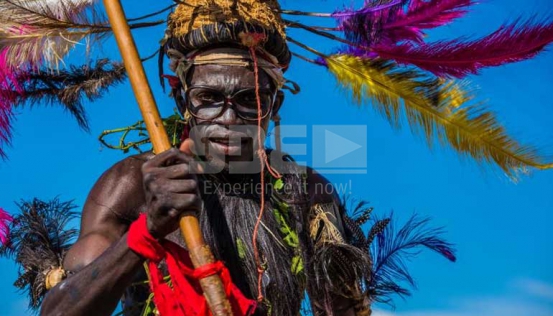 “Their mere act of touching such clothing is frowned upon. So much that even when it starts raining and your mother’s aired undergarments starts getting rained on, you are not allowed to pick them from the cloth line, lest you attract a curse for being disrespectful,” Jack Odunga, a villager from Isebania, Migori County.

Sex is also very vital at the start of the planting and harvesting seasons, especial in polygamous families. Traditionally, a typical Luo man must start the panting season in style with the first wife before the rest of the wives would plant in their farms.

As customs require, he must make love to his first wife a day preceding the planting season. This is always recommended for men who are no longer sexually active and take longer to get intimate with their wives.

Maurice Otieno, an elderly man from Nyakach Koguta, says this may not necessarily have had anything to do with the survival of the crops or the yield, but perhaps just a ploy to ensure the first wives, who always get a raw deal, at least get their conjugal rights.

“The elders are smart, when a man marries other younger wives, he can get lost in their warmth and forget that the first wife also has needs. That is why they insist the man must sleep in his first wife’s house before the planting and harvesting season,” he says.

Otieno says back in the day, intimacy was taken very seriously. For instance when an elder son brought a woman to his hut for the first time, the duo was not allowed to get intimate. It was until the young man’s parents blessed their bed by making love on it.

“The father would leave the hut, loudly clearing his throat to signify he had cleared the way for the son,” says Otieno.

Among some diehard traditionalists, when a husband and wife separate, the man is expected to destroy the house they live in. This can be done by setting it ablaze or knocking it down to signify he has broken any ties with her and she would never return alive.

However, if he had paid her dowry, he has no choice but to bury her when she dies even if she got married elsewhere.

Where uncircumcised women are ridiculed, shunned by men

In Kuria, one of the weirdest tradition is the myth surrounding Female Genital Mutilation (FGM), a cultural practice in the Community from Nyanza. According to Marwa Chacha, an 82-year-old elder from Kuria West, the rite was commissioned by their polygamous male god known as Iresa.

He says FGM is almost like a standard for all women in the area. In fact, those who are not circumcised are considered odd. So much that they get mocked and ridiculed by their peers.

“It’s believed that a woman who refuses to undergo female genital mutilation risks getting cursed. This notion has been reinforced from one generation to another to the extent men shun uncircumcised women.

“Men fear uncircumcised women because of the curse and jinx they come with. In fact, when such a woman gets married, she can’t pluck vegetables in a farm. It’s believed if she does, the vegetables in the farm will dry out. She can’t milk a cow lest all the domestic animals die, neither can she cook for her in-laws or open the family gate, lest she lets in bad omen. Those are jinxed women no family wants such a woman for an in-law,” he says.

More other odd cultures are still practices in Nyanza and parts of Western Kenya today. We were, for example, told, after a funeral of a revered man or woman, the bereaved must all shave their heads bald, including those with expensive hairstyles and cuts!

Also, step children who come with their mothers, too, are held in low esteem, especially boys. It is always recommended that they get sent away to their fathers lest they interfere with inheritance plans...

Hawkers agony: How my sweet words wooed a reluctant customer
1 year ago